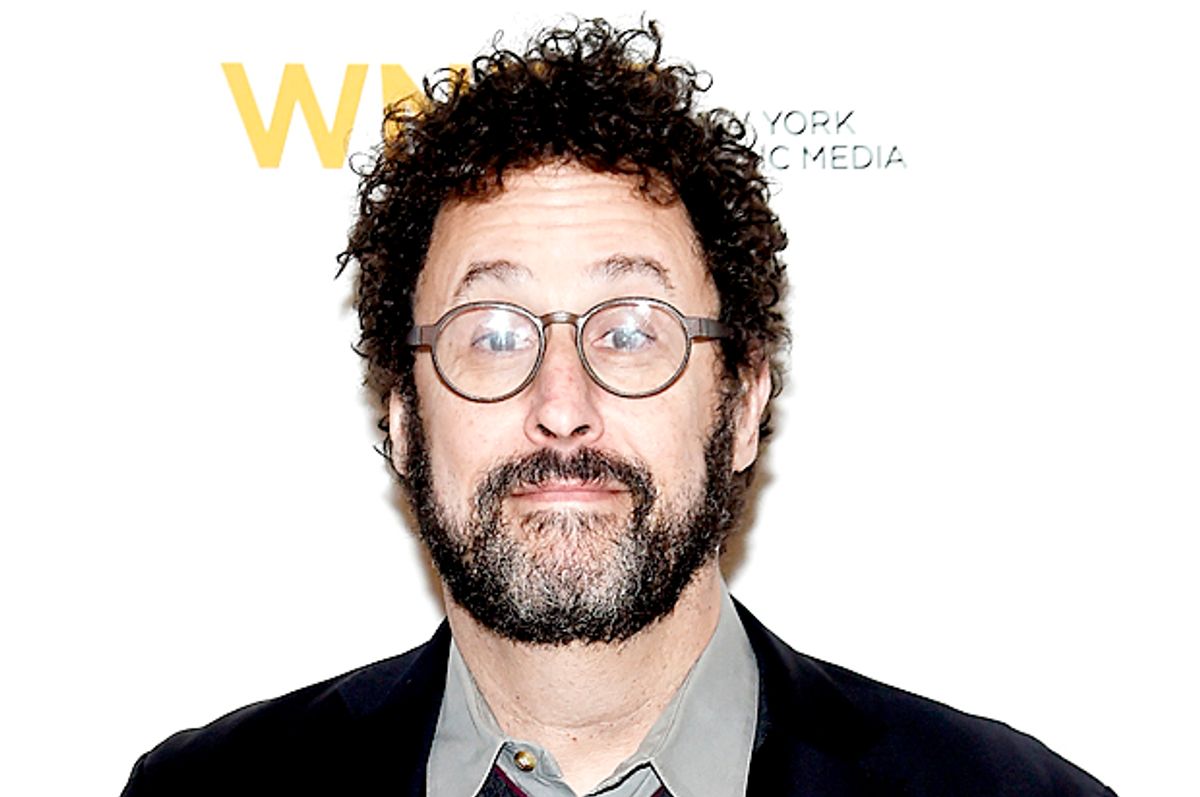 In an article posted today on the Daily Beast, Tony Kushner, the Tony-winning playwright responsible for the lauded, loved pair of plays collectively called "Angels in America: A Gay Fantasia on National Themes," announced that he is currently in development on a work centered on President Donald J. Trump.

Kushner tells writer Tim Teeman that he is in the early stages of writing and that the play in question will not cover Trump as president, but rather find its setting in the early days of the 2016 election. It's not a work, says Kushner, we should expect any time soon.

"I don’t feel like I have to get something done while [Trump's] still in office," he tells Teeman, "I gambled with 'Angels,' which is set in the Reagan era but which I felt would be historically significant 30, 40, 50 years later, because something really fundamental had shifted under Reagan. The same thing is true with Trump.” Consequently, there is no release date nor even a title for Kushner's forthcoming drama.

Kushner's opinions on the commander-in-chief are familiarly alarming, if somewhat different in tone. “He’s the kind of person, as a writer, I tend to avoid as I think he is borderline psychotic,” Kushner says. He continues, “I definitely think that incoherence lends itself well to drama, but he really is very boring. It’s terrifying because he has all the power, but without the mental faculties he ought to have. I think he is seriously mentally ill, and the fact that he is in the White House is very frightening."

Following the 1991 debut of the first chapter of "Angels in America," "Millennium Approaches," Kushner won both the Pulitzer Prize for Drama and the Tony Award for Best Play in 1993. He won Best Play again in 1994 for the play's second chapter, "Perestroika". The cycle also netted him an Emmy Award in 2004 for its HBO television adaptation.

Overall, the work is considered the last great drama of the 20th Century and fundamental to theater in the 21st. Praised not only for its theatrical quality and vision, "Angels" is one of the sharper critiques of American culture as it approached the new millennium.

"Angels in America," like so much of Kushner's work, directly addresses questions of identity, history and, yes, America in often direct, always emotional, sometimes hallucinatory ways. "Angels" in particular focused on the AIDS crisis of the 1980s and '90s, the experience of being gay in President Ronald Reagan's morally conservative America and the burden of the crimes and attitudes of the 1940s and '50s. Historical figures such as closeted gay anti-Communist prosecutor and Joseph McCarthy right hand Roy Cohn and the ghost of Ethel Rosenberg, executed by the U.S. government for espionage in 1953, were both characters.

Tony Kusher is not, according to minimal research, related to President Trump's embattled son-in-law and senior advisor, Jared Kushner, but wouldn't it be kind of neat if he was?