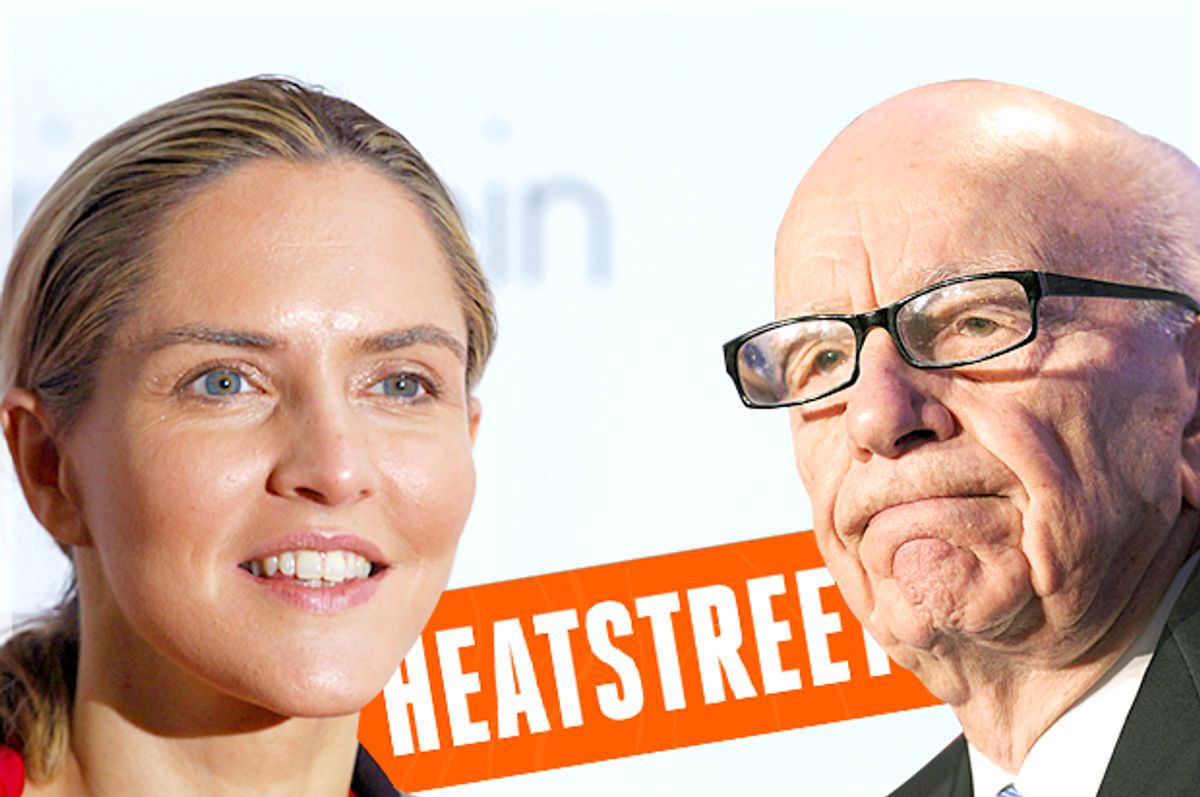 Donald Trump’s primary victory last year shook up the Republican Party, now its effects are beginning to ripple through conservative media as Heat Street, the bizarrely named website Dow Jones launched months before the future president declared his candidacy, will be closing down in August.

Before the announcement that the publication was being folded into the financial site MarketWatch, readership hovered around 5 million people a month as measured by Quantcast, well over the 2 million monthly average that the site was expected to receive, according to former employees who were not authorized to speak publicly about the matter.

Dow Jones attempted to sell the site to its sister company 21st Century Fox but there was little interest in a deal.

In the view of some ex-staffers, the right-leaning website became the victim of Murdoch losing interest in his new play-thing but there’s more to the story. In fact, Heat Street was the victim of the successful presidential campaign of Donald Trump. Had he lost, it’s likely that the publication would still be in existence today.

That's because the site’s founding editor, a former member of British parliament with no background in American politics or publication management named Louise Mensch, was revealed in October of last year to have tried to write a TV ad for the presidential campaign of Hillary Clinton.

Mensch, a vociferously hawkish neoconservative, had made the outreach attempt in the February of 2016 after spending many months raging against Trump, primarily for his criticism of the GOP’s foreign policy failures.

The Heat Streat editor’s email to a Clinton advertising creator was one of many stolen messages released by WikiLeaks thanks to the efforts of anonymous hackers whom the U.S. government has said are aligned with the government of Russia.

The revelation was incredibly inconvenient for Mensch and she came under a massive amount of right-wing scrutiny for her perfidy. It does not exactly make sense for the editor of a conservative website to be colluding with a Democratic presidential candidate, after all.

Irked at Mensch’s many months of virulent opposition to Trump, Breitbart News, the online behemoth which came to effectively set the agenda for the right in the past election quickly pounced:

Mrs. Mensch runs the Rupert Murdoch-backed blog Heat Street, which claims to stand against identity politics and what it labels “social justice warriors” under the slogan “no safe spaces.”

However, its editor in chief, Mrs. Mensch, was caught writing a campaign advertisement script for the Democratic candidate – a woman who has traded off identity politics and social justice warrior politics. The ad appears to be based on the idea that Mrs. Clinton should be in office simply because she is female and is supported by “multiracial” women.

The story quickly spread on conservative blogs and social media. Its timing was particularly inopportune for Mensch. While she was busy calling for Trump’s arrest and imprisonment, her boss Rupert Murdoch was making a separate peace with the man he once said was an embarrassment to the country whom his journalists should oppose.

According to media reports, Murdoch had several motives for yielding, primarily related to his many businesses. Cozying up to Trump has proved effective for Murdoch. Besides the fact that he now enjoys daily access to the president, Murdoch’s 21 Century Fox has also been given regulatory permission to go shopping for local media.

Making nice with Trump also likely saved Fox News from ratings oblivion as well. According to a New York magazine’s Gabriel Sherman, ratings for the news channel invariably dip whenever negative segments about Trump air. “We’ve thrown in the towel,” an anonymous producer told Sherman in May of last year.

With Murdoch firmly committed to embracing his new titan overlord, the WikiLeaks revelation of Mensch’s attempts to join up with Clinton effectively sealed her fate, according to sources. By mid-December, she and Heat Street parted ways. Dow Jones allowed her to claim she was being promoted upward but within a matter of months, it became apparent that Mensch had no affiliation with the company. Since her departure, Mensch has remade herself into a conspiracy buff with “scoops” about how Trump has already been secretly indicted for treason. (Mensch declined to respond to multiple requests for comment.)

While Mensch’s banishment was likely useful for Murdoch, it did not solve the publication’s overall dilemma of how to treat Trump.

“It was a real fucked up situation,” a source who worked at Heat Street told Salon. “In a way, we were hoping that Clinton would win. Not because we agreed with her but because it would have been so much easier for us if she had. We could have gone back to bashing the Democrats.”

In the end, the editorial strategy effectively settled on being anti-anti-Trump, multiple former employees say.

“It was a wholly reactive site,” another Heat Street veteran said, speaking of the site’s political content. “The assignment typically seemed to be ‘find a news item and talk about how liberals are being snowflakes are about it.’”

Writers who were creating stories which were less-than-flattering to Trump were ordered to make every possible effort to include exculpatory information in them. “It ended up becoming sort of a Fox News Junior,” the former staffer said.

In fairness, however, many media outlets have embraced such tribalistic content, particularly late-night comedians, all of whom lean leftward. But the anti-politics that has taken over the GOP since the rise of the Tea Party has been uniquely harmful for conservatives since the American right has now become stuck in a vicious circle where right-wing failures are blamed not on policy errors or bad judgment but on insufficient ideological purity.

The right’s collapse into asymptotic nihilism is also the primary reason why conservatives and libertarians have proven so ineffective at repelling the advance of the neofascist alternative right, a movement that is in the process of replacing the conventional far right.

Like its rival Rebel Media (a video-oriented site which has a much closer affinity to the extreme right), Heat Street soon found itself having to engage with the alt-right, simply by virtue of the fact that the religiously oriented conservatism which has dominated Republican politics for a half century has essentially no appeal to secular young people. Desperate for content of interest to their potential audience, Heat Street writers were dispatched to provide glowing coverage to far right figures like Kyle “Based Stick Man” Chapman or the neo-nazis who have devoted themselves to stalking and harassing actor Shia LeBeouf for his self-indulgent political protest art.

At the same time, however, writers on the site did decry the alt-right’s racist viewpoints in other articles. They also mocked some of the movement’s more idiotic members as well. Heat Street even featured some writing about non-political topics, which is comparatively rare for conservative publications. But in the end, despite the massive amount of content the site was generating and the fact that its traffic was well above what it was supposed to have been, Dow Jones still decided to pull the plug, largely because Mensch had irretrievably damaged the brand.

“I just don’t think we were ever given a chance,” one former employee said.

With Trump floundering in the polls and the president recently signaling that he will give approval for Fox’s rival the Sinclair Broadcast Group to purchase Tribune Media’s hundreds of local television stations, Murdoch’s unflinching loyalty may be beginning to break.

But even if the Trump-Murdoch relationship remains un-frayed, given the Washington GOP’s inability to enact any significant legislation, it’s quite likely that Heat Street will not be the last right-wing media outlet to experience significant turmoil in the Trump era.