Xanda, who was six years old and believed to have fathered cubs, was killed the same way his father was 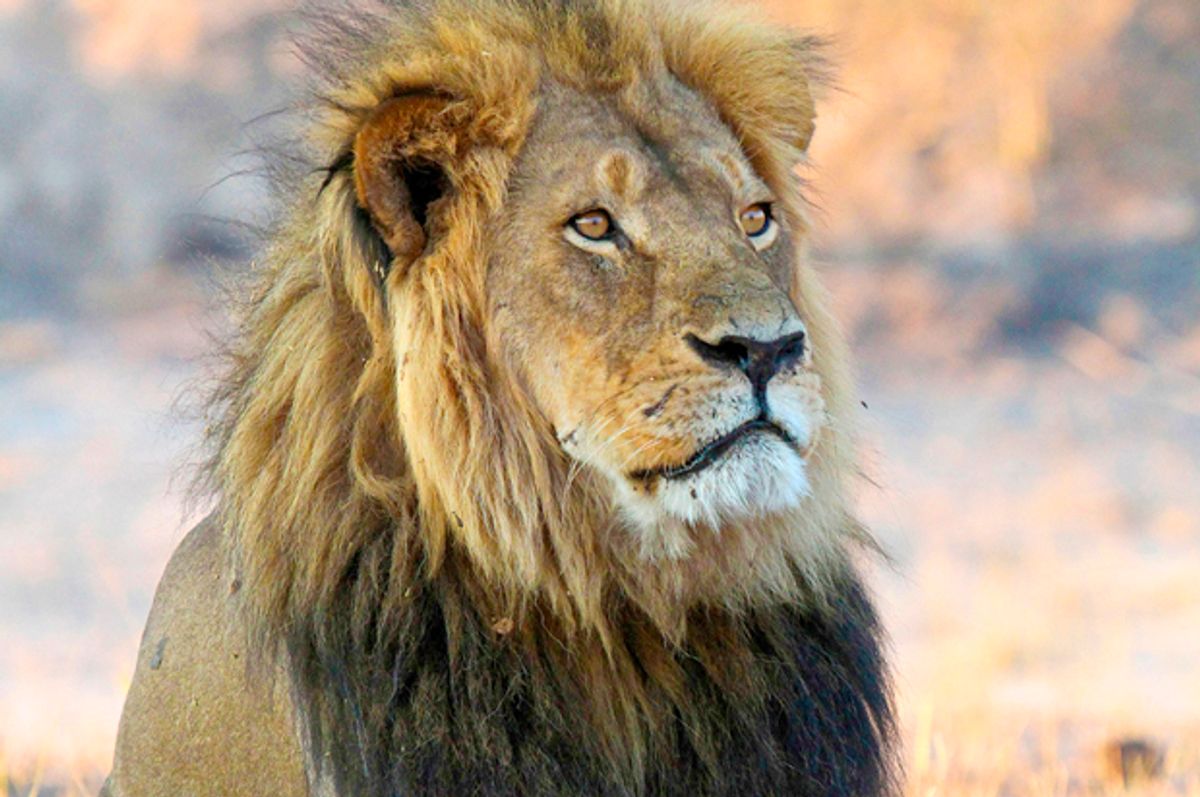 Cecil the Lion, pictured here, was killed in 2015. His son Xanda, was killed by trophy hunters. (AP/Sean Herbert)
--

One of Cecil the lion's sons, Xanda, was killed by trophy hunters in Zimbabwe after wandering just outside the protected Hwange National Park, according to the Guardian.

Six years old and reportedly a father to cubs himself, Xanda was killed in similar fashion to his father was in 2015 — a event that caused a global stir. The trophy hunt had been put together by private hunter Richard Cooke, the Guardian reported. However, the names of his clients, who could have paid tens of thousands of dollars to participate, have not yet been released.

Xanda wore a tracking collar and had been monitored for study by a group of scientists led by Andrew Loveridge of Oxford University, according to the Guardian. "I fitted it last October. It was monitored almost daily and we were aware that Xanda and his pride was spending a lot of time out of the park in the last six months, but there is not much we can do about that," he said.

It appeared that Cooke technically followed all the necessary rules and regulations regarding hunting. "Richard Cooke is one of the ‘good’ guys. He is ethical and he returned the collar and communicated what had happened. His hunt was legal and Xanda was over six years old so it is all within the stipulated regulations," Loveridge said, according to the Guardian.

Over the last decade the number of lions killed each year in trophy hunts has tripled to 1,500. "Lions have lost 90% of their overall population in the last century and only about 20,000 remain," the Guardian reported. U.S. hunters are the largest killers of trophy animals by a wide margin, "including half of all the 11,000 lions shot in the last decade," according to the Guardian.

"It is very sad news to hear of another lion, one of the elder sons of Cecil the lion, being killed by trophy hunters," Philip Mansbridge, UK director of the International Fund for Animal Welfare told the Guardian. "IFAW opposes the cruel and needless killing of wild animals for fun. The unprecedented global outcry after Cecil the lion was killed by a trophy hunter just goes to show that the vast majority oppose the actions of the minority that enjoy slaughtering these animals for trophies. These animals deserve our protection, not bullets."