Trump once owned stock in one of the nation's top defense contractors, and no public records suggest he sold it 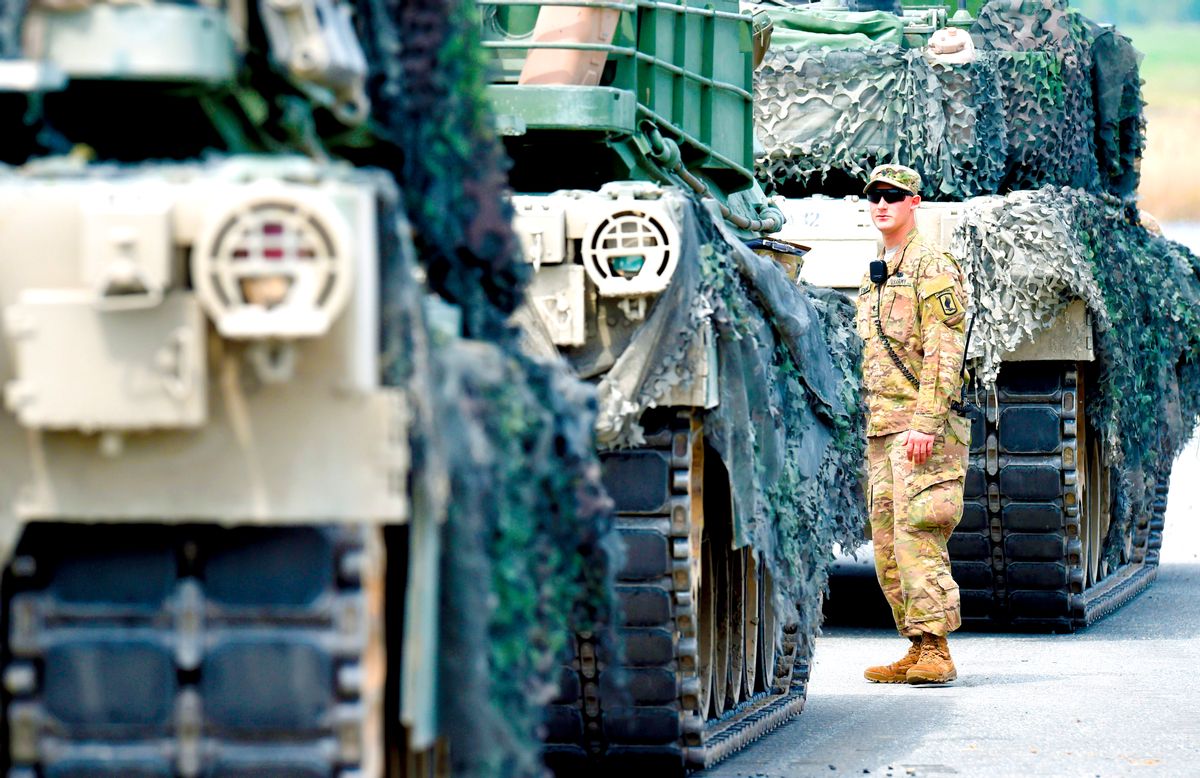 On Wednesday night the White House announced that President Donald Trump has chosen Raytheon lobbyist Mark Esper as the next Secretary of the Army, pending a Senate confirmation, according to Politico. The decision raises serious concerns over conflicts of interest as Trump may still own stock in the top defense contractor and Esper, after having spent years lobbying on the company's behalf, would have control over the Army's budget and other executive decisions if confirmed.

Esper serves as Raytheon's vice president of government relations and is the president's third pick for the position, following the withdrawal of the first two candidates, Politico reported. Esper is a West Point graduate, retired Army lieutenant colonel and a veteran of the Gulf War. He joined Raytheon in 2010, one of the government's top five defense contractors. The Raytheon executive has a long history of working in both the public and private sectors.

Esper has also held senior positions at the U.S. Chamber of Commerce and the Aerospace Industries Association.

Esper is a veteran of both Capitol Hill and the Pentagon. He has been the policy director for the House Armed Services Committee as well as director of national security affairs for then-Senate Majority Leader Bill Frist (R-Tenn.).

He was also a deputy assistant secretary of Defense during the George W. Bush administration and was the national policy director for the late Sen. Fred Thompson's 2008 presidential bid.

Vince Viola, a billionaire Wall Street trader, was the president's first pick for the Army's top civilian job, but he withdrew his name in February citing business conflicts of interest. Trump's second pick was Tennessee State Sen. Mark Green withdrew his name from consideration in May after he made grotesque comments in the past regarding Islam and the LGBTQ community.

But Trump's latest decision draws further concern over possible conflicts. Aside from the obvious fact that Esper is a lobbyist for one of the top defense contractors in the country, Trump has quite the relationship with Raytheon. Raytheon manufactured the cruise missiles in the president's Tomahawk strike against the Syrian government's air base in April. The company's stock soared after Trump won the election in November and has continued to increase over the course of his presidency, along with a modest bump after his strike in April.

The president also owned stock in Raytheon as recent as during his campaign, and there are no current public documents to suggest he has sold his shares. According to ProPublica, one of Trump's lawyers confirmed that the president could withdraw money at any point in time from the trust that he placed his businesses in upon taking office.

"The full details of the trust are in what’s known as a trust agreement," the report said. Trump Organization will not release further information. "Trump can draw money from his more than 400 businesses, at any time, without disclosing it."