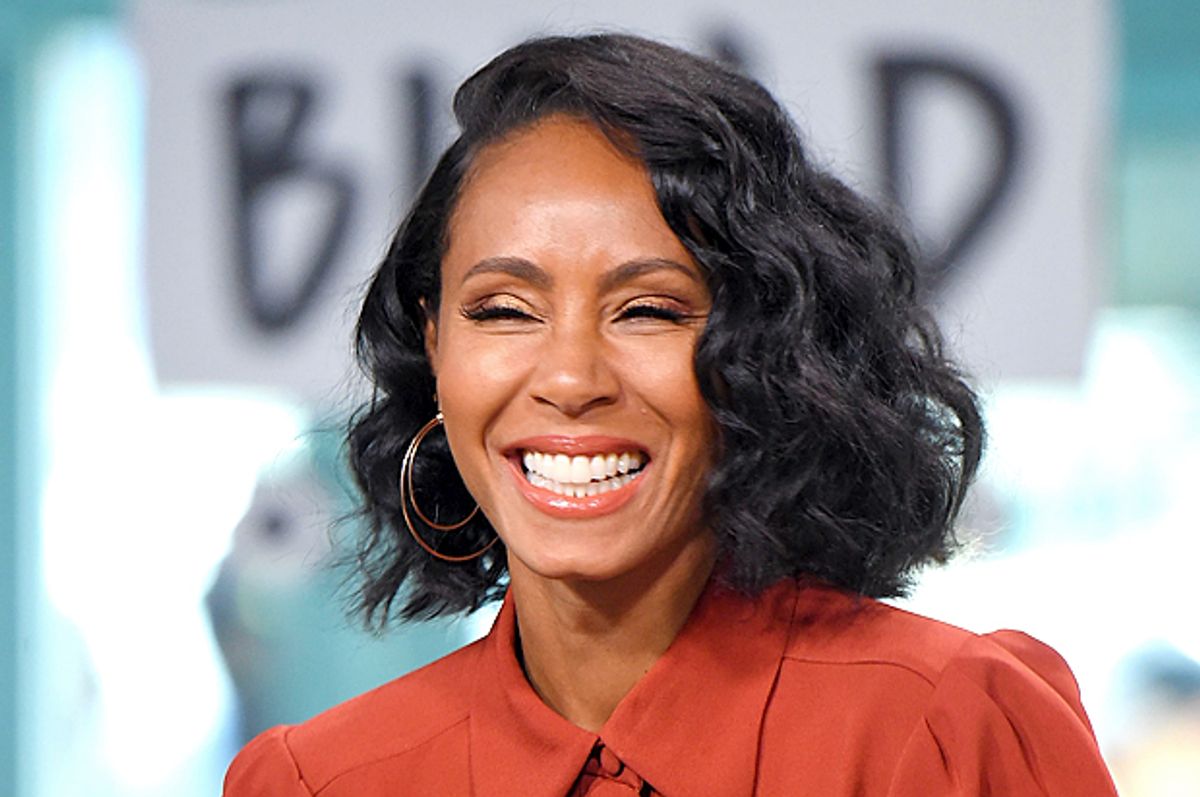 This morning, Jada Pinkett Smith offered more details regarding her relationship with the late rapper Tupac Shakur. In doing so, she revealed candidly and honestly that she herself once dealt illegal drugs to get by.

Speaking to radio host Sway on his SiriusXM show "Sway in the Morning," Pinkett Smith spoke about her early association with Shakur, whom she met while attending the Baltimore School of the Arts in the 1980s."It’s kinda hard because I haven't really told the whole story," according to ABC News. "One of the things that's very interesting that I've never really said before is that when I first met Pac, when we first met, I was a drug dealer."

The actor added, "As I was coming out of the life, he was coming more into the life... There was a point in which we met and then we kind of were going our separate ways. And I just felt like, 'OK God, one day you're going to do for Pac what you did for me, which is you saved me," she said. "And that just never happened for him. And so that is something that I am constantly having to confront."

"I know that most people wanna always connect us in this romance thing, but that's just because they don't have the story. But it was based in survival, how we held each other down, you know what I’m saying? And when we have somebody that has your back when you feel like you're nothing, that's everything," she added.

Pinkett Smith's relationship with the late actor has been a subject of discussion lately due to the recent release of the Shakur biopic "All Eyez on Me".  At the time, Pinkett Smith called the film "deeply hurtful" in a critique of what she called a "re-imagining of my relationship to Pac."

Since her early hardships, Pinkett Smith has since made quite the career for herself landing on Hollywood's A-list thanks to her own work and her marriage to actor Will Smith. It's rare — perhaps even unheard of — for a star of this magnitude to admit their past connections to drug dealing this late in their life or career. Some musicians, notably Jay-Z, have remarked on their own dealer pasts, sometimes with contrition, sometimes with pride.

As in the case of Pinkett Smith's, all such confessions serve to highlight the hard economic pressures African Americans often face and the difficult, sometimes destructive choices they are compelled to make. The manner in which Pinkett Smith delivered hers evokes not judgement, but sympathy and an appreciation of the factors behind such choices.