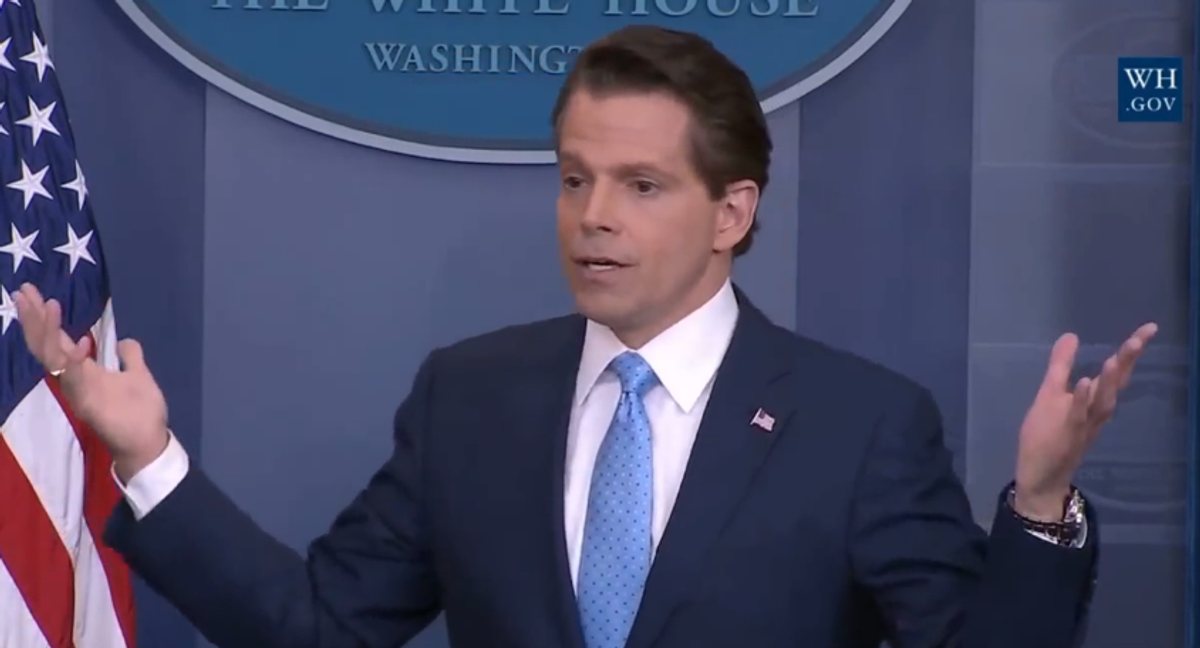 If Anthony Scaramucci's first press conference as the White House director of communications is any indication, President Donald Trump is looking to remake his media strategy in his own personal image.

During his debut, the former investor and Fox News host repeatedly praised Trump. He also predicted that the administration's relationship with journalists would improve, following six months of White House officials and the president himself frequently blasting media reporters as "fake news."

"I think that the president is going to have a phenomenal relationship with the press and I think we'll get there," Scaramucci said.

Scaramucci also brushed aside questions about his own lack of experience in public relations.

"I have a lot of communications experience. I've spent a lot of time on television," he said.

Multiple media reports have cited Scaramucci's television debate show appearances as one of the reasons why he was given the communications job. During his time as the host of a show on the Fox Business Channel and a commentator on Fox News Channel, Scaramucci was a fervent and forceful defender of Trump.

The president's respect for Scaramucci appears to have increased after the former investor forced CNN to retract a story about him which falsely claimed Scaramucci had ties to a Russian bank.

Trump has frequently complained about the cable network's coverage of his campaign and his presidency. At a June fund-raising event, he threatened to sue CNN. A few days later, Trump tweeted a parody video showing him body-slamming a man whose head had been replaced with CNN's logo.

At his Friday news conference, Scaramucci was asked about Trump's frequently off-message tweets and how they have distracted attention from his policy agenda.

"I welcome him continuing to do that," he said. "I think it's very, very important for him to continue speaking to his identity."

During his conference, Scaramucci announced that Sarah Huckabee Sanders would be taking over as White House press secretary after Sean Spicer had resigned his position following Scaramucci's appointment.

"Sean felt like it would be best for the new team to start with a totally clean slate," Sanders told reporters after Scaramucci had left the podium.

Before he had completed his first day on the job, the new communications director found himself in a controversy after he was revealed to have written several tweets of his own that were critical of Trump and supportive of his former Democratic opponent Hillary Clinton.

"Odd guy. So smart with no judgment," Scaramucci had tweeted in 2012. He erased the message and then blocked Josh Billinson, the freelance journalist who had spotted the tweets.