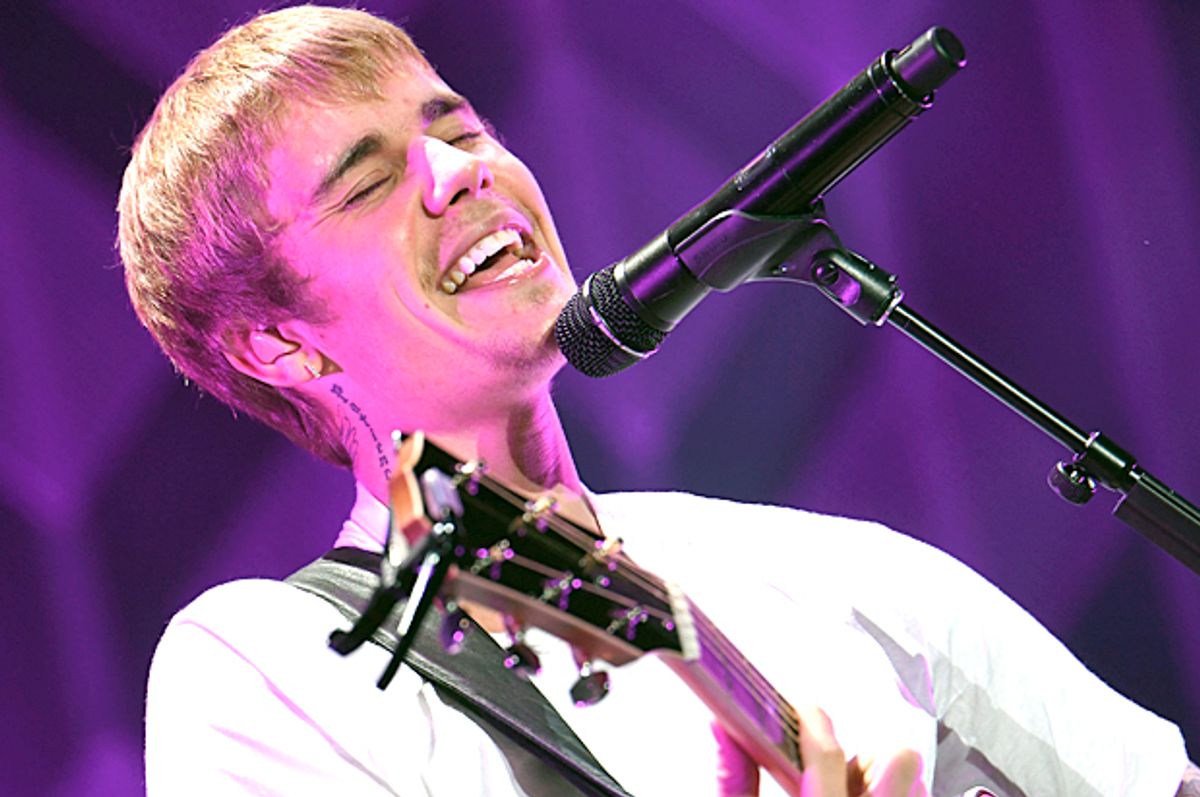 Proving that an oppressive policy of banning (and sometimes killing) anything and everyone who causes offense to or friction within an shortsighted, often absolutist government isn't entirely without merits, the People's Republic of China has banned singer Justin Bieber from crossing its borders.

A translated statement from the government's culture bureau says that while Bieber is "talented," he is also "controversial". "It is understood," the statement reads, "that as a public figure, he has had a series of bad behavior in his overseas social life and his domestic performance activities have caused public dissatisfaction." It adds that,  "In order to standardize the domestic market order and clean up the performance of the market environment, it is not appropriate to introduce bad behavior in the performing arts."

While the move to ban Bieber from visiting or performing in the country runs against all the basic tenants of democracy, free speech, freedom and human rights, it is at the very least relatable given the young Canadian singer's long history of laddish, often noxious actions. As the Guardian notes in its coverage of the ban, "The singer performed in China as part of his Believe tour, in 2013, raising eyebrows when he was pictured being carried up the Great Wall of China by his bodyguards."

Recent Chinese bans against artists and, at times, fictional characters have included Maroon 5, Noel Gallagher and Winnie the Pooh.

While this particular action against a cultural figure is indeed laughable and may even inspire some jealousy in the Western world, China's broad policies of censorship are nothing to snark about. Over the course of generations, political dissidents, historians, and artists who simply create works that aren't in line with the ruling communist party's vision of propriety and Chinese ideals have been imprisoned, exiled, tortured and even executed by the Chinese state.

If one were to include the victims of former leader Mao Zedong's "Cultural Revolution" of 1966 to 1976 along with more modern numbers, the figure of those killed due to their perceived anti-Communist or anti-Chinese beliefs, statements or art could reach the hundreds of thousands, perhaps even into the millions.