Donald Trump's six-month report card: A paralyzed, scandal-plagued presidency — and it could get worse

After six exhausting months of nonstop crisis, this presidency is a catastrophe. And there's no end in sight 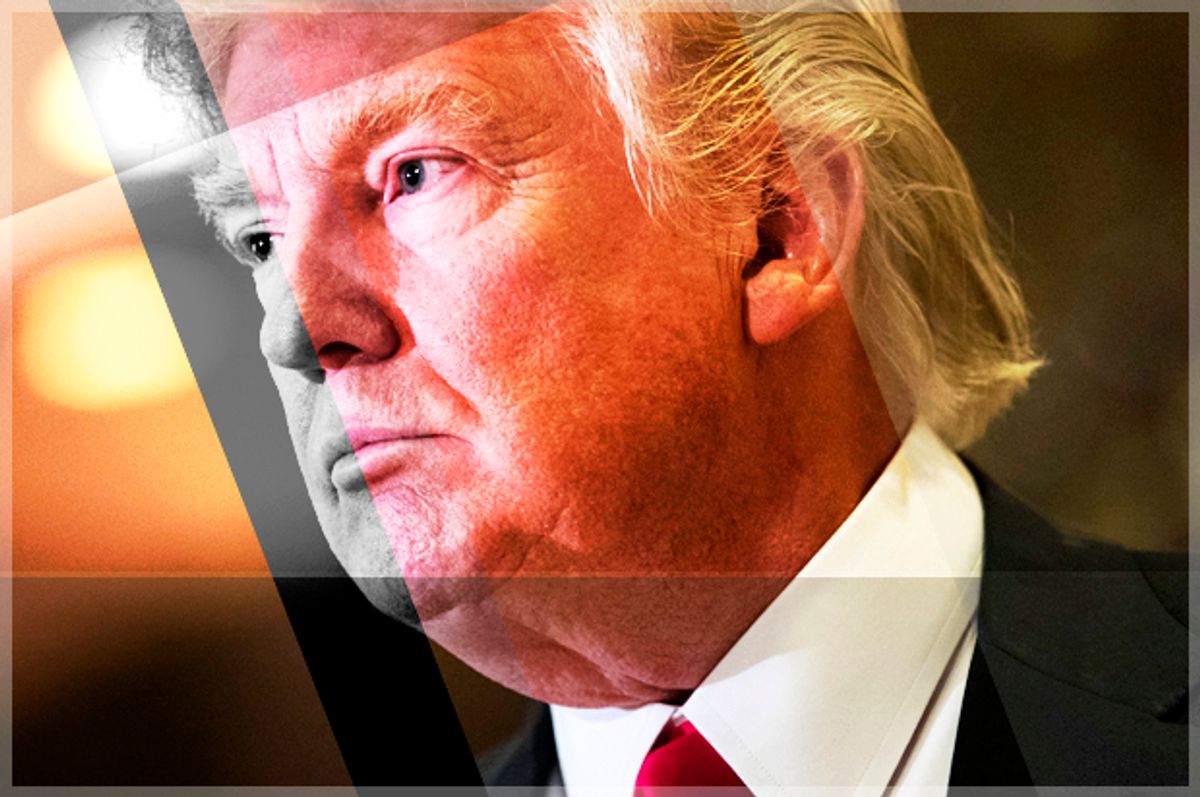 Has it only been six months since Donald Trump stood in the rain before a sparse inaugural crowd and declared that America was in a state of carnage, chaos and decline? How can that be? He's packed in more scandals, lies, errors and gaffes during this short period that any five presidents in their full four-year terms.  I feel like I've aged at least a decade since January. Each day is like a month.

But it's true. We are only at the six-month point and it's time to take stock.

Trump's plans may not have had to come to full fruition but we can certainly judge whether or not this central promise of his American Carnage speech has born out:

In America, we understand that a nation is only living as long it is striving. We will no longer accept politicians who are all talk and no action, constantly complaining but never doing anything about it. The time for empty talk is over.

As usual, he was projecting his own weaknesses onto others. I think most people who had followed the presidential campaign understood that this was a very bold comment coming from Donald Trump. No one has ever complained or cast more blame on everyone but himself than he has, including a room full of wailing preschoolers badly in need of a nap. He is paralyzed, unable to take action because he has no idea what the job is, much less how to do it. His talk isn't just empty, it's completely unintelligible.

On inauguration day we didn't yet know whether maybe the majesty of the office would change him or the institutions under which he had to operate would, at least, constrain him. There was always a suspicion that maybe he was more of an act than he let on. Now we know. It wasn't an act.

President Donald Trump is exactly the same person he was on the campaign trail and in the many years of celebrity that preceded his entry into the race.  To those who said they liked him because "what you see is what you get," he has fulfilled their desires. In their book the consistency of his dishonesty is a testament to his authenticity. The rest of us are horrified and appalled and it gets worse all the time.

For six months the White House has been in a nonstop rolling crisis. The gush of leaks from inside the administration is unprecedented. We still don't know exactly what went on with the election interference but Trump and his associates seem to spend a whole lot of time with Russians -- and the president now seems extremely agitated to find out that investigators are looking into his finances. His interview with the New York Times on Wednesday was shockingly incoherent but did seem to imply that he was seriously considering firing special counsel Robert Mueller and was pushing Attorney General Jeff Sessions to resign. On Thursday we found out that Trump is contemplating using the presidential pardon power for himself and others (presumably his family). None of this is behavior one associates with a powerful leader who has nothing to hide.

The one bright spot for him, and for all of us, is that so far the economy hasn't crashed. Unemployment is still low and there's some good news in wage growth for the lowest of earners. Despite all the Sturm und Drang during the campaign the economy is chugging along as it was in the last year or two of the Obama administration. Plenty of people are still hurting as a result of long-term structural problems but Trump has no real plans to help so the best they can hope for is that it doesn't get any worse. At the moment the economy is status quo.

Foreign policy and national security, on the other hand, are a huge mess and who knows what's going to happen. We've been spared a major terrorist attack, but Trump has systematically degraded our alliances, insulted our friends, empowered our adversaries and generally turned the entire global order upside down. His relationship with Russian President Vladimir Putin is mysterious and frankly inexplicable in light of all the suspicion surrounding the Russian election interference. H.R. McMaster, Trump's national security adviser, and other top advisers are becoming increasingly anxious about the president's decision-making.His uncouth ignorance is turning the United States into a rogue nation.

On domestic policy, health care tells the tale. It's not entirely Trump's fault that the GOP congress's cynical anti-Obamacare crusade finally came back to bite them, as it became clear that Republicans had no idea how to fulfill all the promises they made. Trump has been confused and distracted throughout the health care debate, making it obvious that he doesn't understand it or care about anything but having a bill-signing ceremony. In fact, that's his attitude about all the domestic promises he made, from the "big, beautiful wall" to the travel ban to his grandiose infrastructure plans. He's completely uninterested in policy. He just wants to check off boxes and count his coup.

That doesn't mean the executive branch has come to a standstill. Some of the agencies are hard at work harassing and deporting immigrants, cutting vital programs and rolling back regulations. The damage will be incalculable. But the Republicans have a majority in both houses of Congress and have not managed to pass a single piece of major legislation in the first six months. That is an astonishing failure.

Most significantly, these first six months have revealed a central weakness of our system: its dependence on leadership that honors the norms and traditions of our political institutions and understands the necessity of at least appearing to adhere to common values of decency and honesty. President Trump and the Republicans in Congress have shown no respect for any of that. It's a harsh lesson for our country and it may get harsher still. But at least we know now who they really are and what they really believe in: nothing.