Jodie Whittaker, who is taking over the title role in "Doctor Who," will earn as just much as Peter Capaldi did 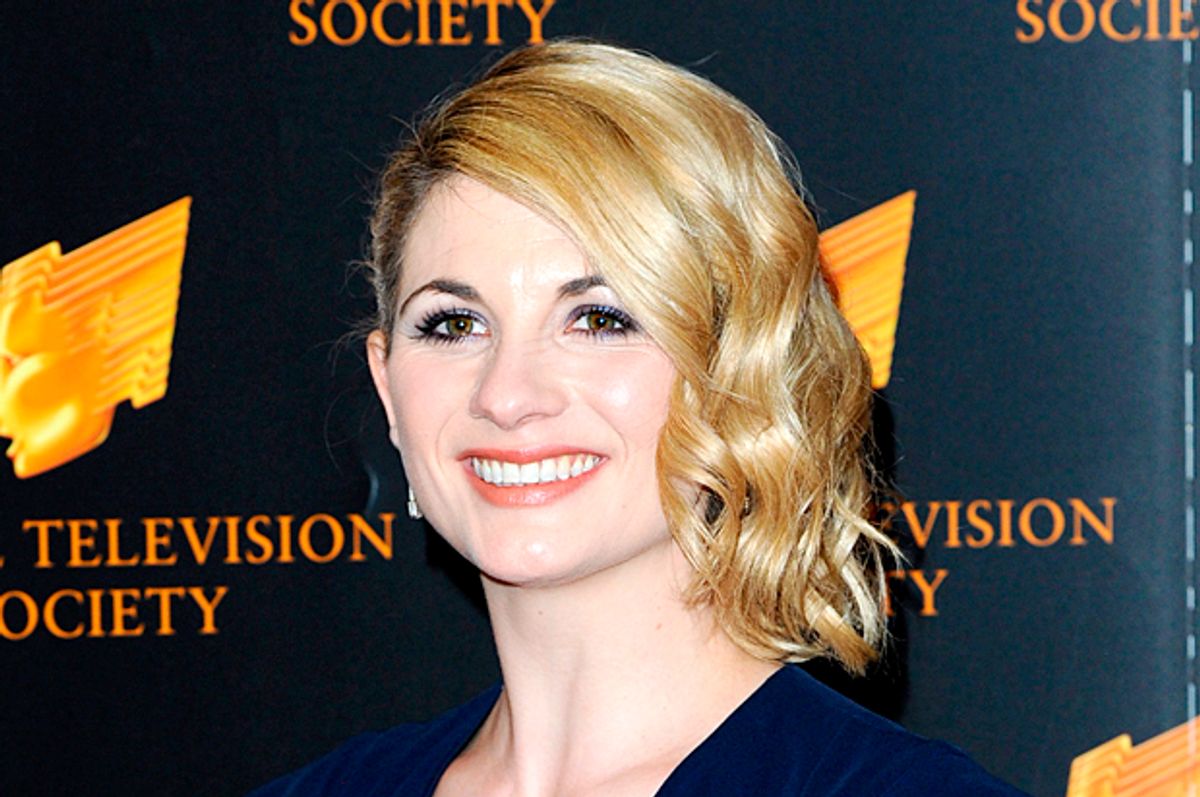 In a sliver of actual good news, a top executive at the BBC has announced that incoming "Doctor Who" lead Jodie Whittaker will earn just as much as her most recent predecessor in the role, Peter Capaldi.

In an interview with Britain's Evening Standard, the network's director-general Tony Hall stated, "Yes, there is parity for the same amount of work." According to The Hollywood Reporter, if true, the announcement would mean that Whittaker would, "earn between $260,000 and $325,000, the amount received by Capaldi in 2016."

This rather uplifting news comes in what has become a rather bad period for the BBC in regards to the equal pay issue. Earlier this week, the results of an internal audit made clear that, by and large, women who appear in on-air capacities across the network's many shows and platforms earn drastically less than their male counterparts.

A look at the numbers reveals that the top five earning men at the network earn collectively around $7, 930,000. Combined, the top five women at the BBC earn an estimated $2,340,000. In one case, a female news anchor took home roughly half of what the male anchor sitting right next to her every night earned. The top male on-air talent at the BBC, Chris Evans, netted at least $2,860,000 million in the period covered by the report. The top female on-air talent, Claudia Winkleman, earned no more than $648,400 during the same timeframe.

Whittaker's landmark casting as the first female "Doctor" on the long-running, highly popular scifi show has not been without its detractors. On top of numerous social-media critiques and attacks, a slew of British tabloids, including the Rupert Murdoch-owned Sun, offered up blistering editorials against it while also publishing nude photos of the actor from previous movie roles.