The paper of record advances an amazing feat of reality inversion 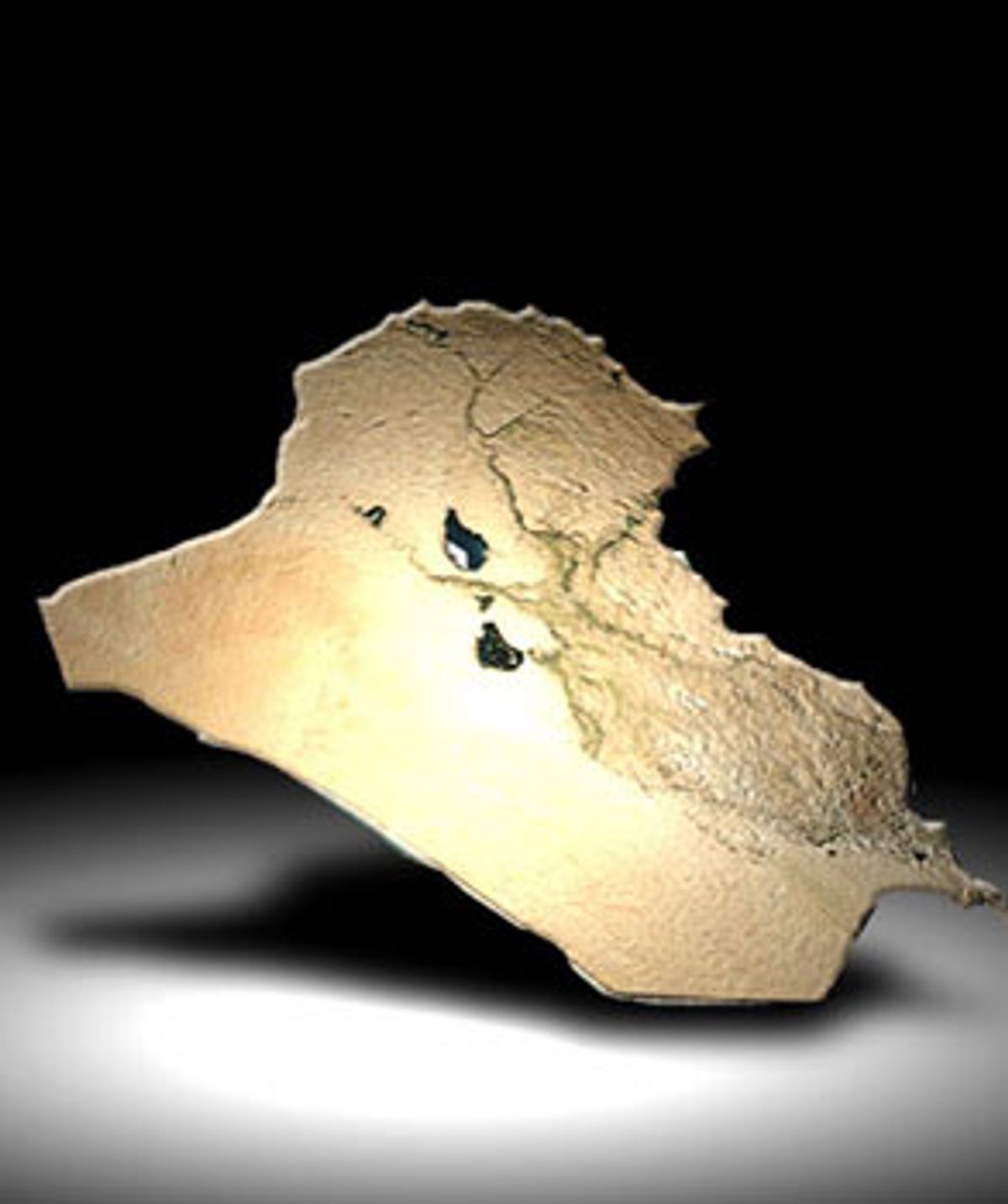 The New York Times’ Tim Arango took what could have been an interesting topic for war journalism — Iran’s increased role in Iraq — and morphed it into a cynical revisionist history of American and Saudi involvement in the Middle East. In doing so, Arango paints the U.S. as a noble, freedom-loving nation on a mission to improve the lives of average Iraqis, and Iran as a sinister imperial force working to expand its sphere of influence across the region.

Arango sets the table by citing examples of Iranian influence in Iraq, framing the disparate motives at work. He suggests that the U.S. invaded Iraq for pro-democratic purposes, while Iran’s response to this unilateral invasion (which its government, of course, vehemently opposed) is portrayed as sinister and plotting:

When the United States invaded Iraq 14 years ago to topple Saddam Hussein, it saw Iraq as a potential cornerstone of a democratic and Western-facing Middle East, and vast amounts of blood and treasure — about 4,500 American lives lost, more than $1 trillion spent — were poured into the cause.

From Day 1, Iran saw something else: a chance to make a client state of Iraq, a former enemy against which it fought a war in the 1980s so brutal, with chemical weapons and trench warfare, that historians look to World War I for analogies. If it succeeded, Iraq would never again pose a threat, and it could serve as a jumping-off point to spread Iranian influence around the region.

There’s so much unmitigated ideology at work in these two passages, we need to take a minute to break it down. Let’s begin with the controversial assertion that the “[U.S.] saw Iraq as a potential cornerstone of a democratic and Western-facing Middle East.”

This was the public relations talking point the U.S. gave for invading Iraq, but was it true? Does Arango provide any evidence or link to an analysis that shows it to be true? For some reason, Arango thinks the same administration that repeatedly lied about Iraqi weapons of mass destruction and Saddam’s links to al Qaeda was on the up-and-up about the pro-democracy motives behind its devastating invasion.

If one wants to know what role democracy played in Bush administration officials’ decision, perhaps Arango could have asked Condoleezza Rice, Bush's national security advisor, secretary of state and key architect of the war. In an interview with ABC in 2011, Rice was crystal clear that “we didn’t go to Iraq to bring democracy to the Iraqis. And I try in the book to really explain that that wasn’t the purpose.”

So, did the U.S. see Iraq “as a potential cornerstone of a democratic and Western-facing Middle East?” Or did it really not care either way?

As I noted in FAIR last month, nominally down-the-middle reporters are allowed to mind-read U.S. policy makers' motives so long as they conclude that those motives were noble and in good faith. Never are reporters allowed to ascribe sinister motives to U.S. officials—this is only permissible when covering America’s enemies— which Arango does in the next paragraph, insisting that “from Day 1, Iran saw something else: a chance to make a client state of Iraq.”

Note that the U.S. did not seek to make Iraq a “client state,” but rather a “democracy.” Big bad Iran however (which not only had nothing to do with the invasion but openly opposed it), was plotting all along to exploit the U.S. invasion to establish a puppet regime. It’s a masterful work of 180-degree reality inversion.

The second thing wrong with the opening frame is that Arango mentions the “4,500 American lives lost” and the “$1 trillion spent” but makes no mention of the 500,000 to 1 million Iraqis killed. He mentions the use of chemical weapons but doesn’t say who used them — it was Iraq, not Iran. He also omits the country that supplied them to Saddam: the United States.

Throughout the piece, Arango couches subjective opinions on Iran’s sinister motives as something “analysts” say or believe. Yet the only analyst he actually interviews, Ali Vaez, works at the U.S-government-funded International Crisis Group and provides a vague quote about the Iran-Iraq war shaping Iran’s leadership.

Everything Iran does is painted as proactive, sinister aggression and everything the U.S. and Sunni monarchies do is done in reaction to this aggression. Take this dubious passage: "[Iran]’s dominance over Iraq has heightened sectarian tensions around the region, with Sunni states, and American allies, like Saudi Arabia mobilizing to oppose Iranian expansionism."

The Times' flubbed analysis has to be seen within the wider context of American designs in the region. Arango’s article serves primarily to advance the “Shia crescent” concept pushed by Gulf monarchies, neocons, Israel, and liberal foreign policy hawks. This narrative conjures a specter of Iranian influence from Tehran to Beirut, with total regional domination on the horizon. Stopping this sinister plot is the primary pretext for increased military involvement of the U.S. in eastern Syria, where American special forces have set up a de facto base and attacked Syrian and Iranian military assets. It’s also Israel’s justification for its stepped-up military activity in Syria, where it has been backing anti-Hezbollah, anti-government rebels in Southern Syria. The Times article, whether by accident or intent, props up the entire moral and political framework for increased U.S. militarism in Syria and Iraq as territorial ISIS faces its final months.

The problem with Arango’s analysis is not that Iran’s increased role in Iraq isn’t a story; it certainly is. It’s the revisionist notion that Iran had hatched a devious plot from "day one" of the U.S. invasion rather than react to shifting forces on the ground from an instinct to survive — especially after watching its two neighbors get invaded by the U.S. and its arch regional enemy, Saudi Arabia, fund and arm Salafist mercenaries throughout the Middle East. Throw in the absurd, debunked notion the U.S. was motivated by a desire to spread democracy and what you have is a deeply cynical piece of pro-Pentagon myth-making, instead of an informative look at Iran’s increased regional influence.