Democrats are still chasing rural white voters, and it's a strategy doomed to fail

Instead of chasing down white voters who are committed to culture war, Democrats need to energize their base 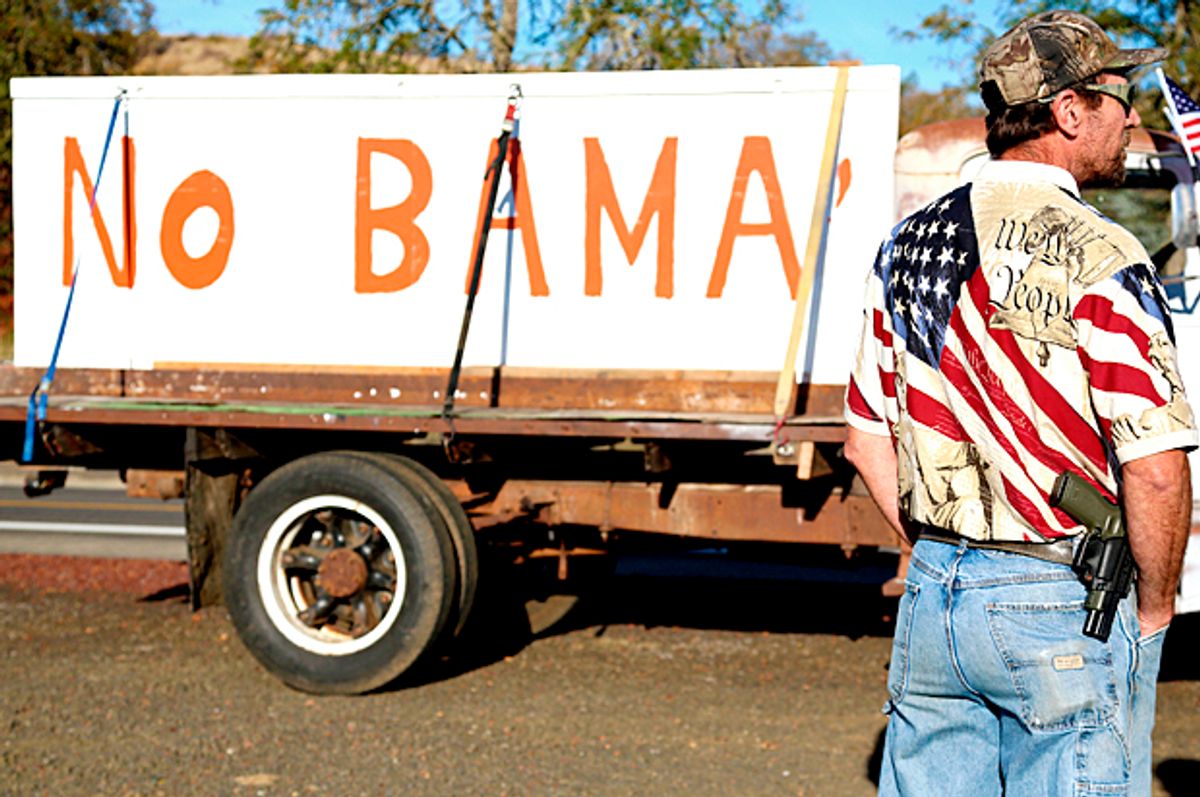 Left-leaning political Twitter erupted in mockery on Thursday when the Democratic Party unveiled its cringeworthy new slogan: "A Better Deal: Better Skills, Better Jobs, Better Wages", which was not only bad on its own but painfully reminiscent of the Papa John's slogan. Despite the rush from many diehard Bernie Sanders acolytes to write off the slogan as neoliberal business-as-usual Democratic nonsense, the reality is that the slogan reflects Democratic efforts to incorporate the criticisms of those who argue that Democrats should abandon the emphasis on "identity politics" and instead try to woo white working-class voters with populist economic policies.

"Democrats jettisoned social and foreign policy issues for this exercise, eschewing the identity politics and box-checking that has plagued Democratic campaigns in the past, most recently Hillary Clinton’s. This will be purely an economic message," writes Dana Milbank for the Washington Post. "This is meant to be a populist manifesto that doesn’t conform to the left/right debate but instead aims to align Democrats with ordinary, middle-class Americans fighting powerful special interests."

It's a tempting idea, of course: Just stop talking so much about racism and sexism so much and instead talk about jobs and wages (never mind that Hillary Clinton actually did focus more on jobs and wages than any other issue) and boom! Watch the white rural voters that handed states like Wisconsin, Pennsylvania and Michigan to Donald Trump come into the Democratic fold.

Who doesn't want to believe liberals have that much control -- that Democrats alone could make the cultural struggles tearing apart this country go away by putting the focus on jobs and other economic issues, and watch white voters return to the flock, drawn by all those progressive policies?

The problem is, and continues to be, that there's no evidence for this. The roller-coaster politics around health care really drive home how much Republican base voters view politics through a culture-war lens. Progressive policy is, however appealing in the abstract, is a secondary concern to the desire of angry white conservatives to exert or reassert their cultural dominance. Which goes a long way towards explaining the loathing of Obamacare: It was the "Obama" part, not the "care" part, that riled up the GOP base. Now that Barack Obama is gone, anger over the health care bill is rapidly receding.

On Thursday, the New York Times published interviews with some of those rural whites in Pennsylvania who have become such desirable voters and found that the law they so loathed when Barack Obama was in office has, now that there's a Republican in charge, stopped offending them so much.

“I can’t even remember why I opposed it,” said Patrick Murphy, who owns Bagel Barrel, on a quaint and bustling street near Mr. Brahin’s law office here in Doylestown. ...

“Everybody needs some sort of health insurance,” Mr. Murphy said. “They’re trying to repeal Obamacare but they don’t have anything in place.”

The percentage of Republicans who want to see Obamacare repealed is declining. Over three-quarters of Republicans demanded repeal a year ago, but now fewer than 60 percent support the Republican plan to do so.

This rapid shift makes sense if one views conservative politics through a culture-war lens. The problem for Republicans with Obamacare wasn't that it offended some sense of fiscal conservatism. It's that it was President Obama's signature legislative achievement, and many white conservatives hated Obama because — simply by being black and intelligent and urbane and a Democrat — reminded them of the declining cultural dominance of conservative Christian whites like themselves. Electing Trump has allowed this group of voters to believe they are culturally ascendant again -- and repealing Obamacare, which was always mostly about sticking it to the liberals, has lot much of its salience as an issue.

These voters aren't really moved by policy. Hell, 41 percent of Republican voters actually want a single-payer system. The issue isn't with Democratic policy, but with Democrats, who are perceived as snooty, educated, racially diverse city-dwellers, and therefore hated. Even if Democratic politicians tried to abandon "identity politics" entirely, it wouldn't matter. Conservative voters can see, with their own two eyes, that the nation is changing culturally. They will continue to use the Republican Party as a cudgel to beat up the people that threaten them.

This recent New Yorker article about Trump country is a sobering reminder of these dynamics. No one seems to believe that the problem with the Democrats is that they aren't doing enough to raise wages. Instead, there's an inchoate anger over cultural changes that largely fall outside either party's control. It's telling that the media was the "enemy" Trump was best able to whip up rage against among crowds in rural areas.  Journalists are the Fox News-assigned symbol of the cosmopolitanism that the Trump-voting masses see as a threat to their cultural dominance.

None of this is to say that Democrats shouldn't embrace progressive policies. If anything, they need to be bolder and offer a more robust health care safety net (such as an option to buy into Medicaid) and a guaranteed jobs program. But doing this in hopes of winning over rural white voters is a fool's errand. Those voters mostly aren't voting their economic self-interest, and won't start doing so anytime soon. Instead, they are clinging to a mythological past of Christian white dominance, and the Republicans, especially Donald Trump, are promising to restore it.

What Democrats need to do instead is harness those cultural changes that Republican voters resent, and turn them towards this progressive agenda. Which is a fancy way of saying that they need to give up chasing white voters and instead put their resources towards organizing voters of color, as well as urban whites (particularly women), who embrace these cultural shifts, and try to increase turnout with those groups.

That will require not just a robustly progressive agenda, but continued attention to fighting racism, sexism and homophobia, in order to signal to voters of color, LGBT voters and women that Democrats see the Republican assaults on their rights and are ready to fight back. The coalition that Obama and Clinton built is a good one, and if more of the people in it could be persuaded to vote, the Democrats would start winning more elections. It's not a sexy path forward, perhaps, but it's the one that has a chance of working.