Draining the swamp — of brainpower: Trump's corrupt administration is fueled by anti-intellectualism

Trump got elected by attacking "elites." But he didn't mean rich people — only those with education and expertise 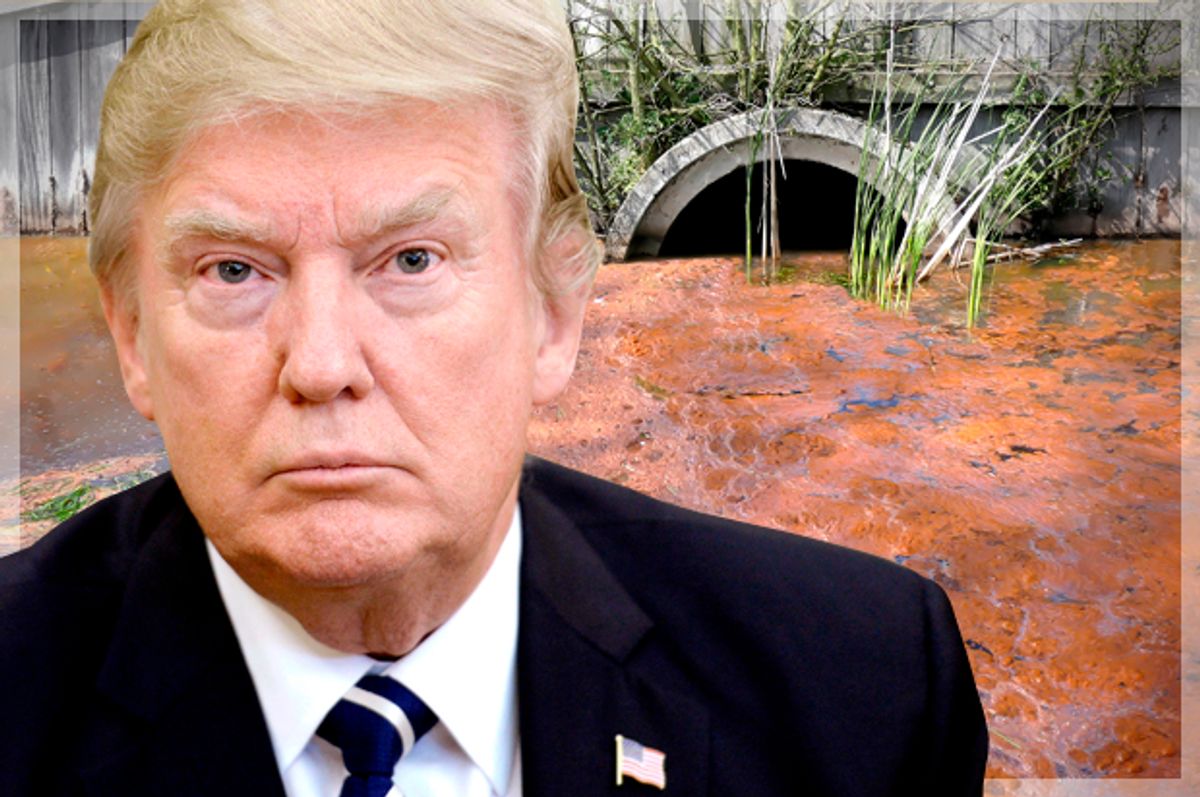 On the campaign trail last year Donald Trump forcefully promoted himself as the anti-corruption candidate and famously promised that he would “drain the swamp” in Washington if elected president. “For those who control the levers of power in Washington, and for the global special interests they partner with, our campaign represents an existential threat,” boasted the candidate at one point during a speech in which he assailed the “corrupt political establishment” and the “corrupt Clinton machine.”

This populist rhetoric was critical to Trump’s success, and the Republican candidate was elected in large part because he was perceived by many as an outsider who would bring change to Washington, in direct contrast to Hillary Clinton, who was widely seen as the ultimate insider who epitomized that “corrupt political establishment.”

Though many saw right through Trump’s rhetoric, it became clear just how farcical his promise to “drain the swamp” was when he began assembling his cabinet shortly after winning the election. The president-elect managed not only to put together the richest and most unqualified cabinet in history, but also filled his administration with many of the revolving-door insiders he had regularly lambasted on the campaign trail. While candidate Trump frequently called out Clinton (and other political opponents) for her connections to Goldman Sachs, for example, President Trump has created a “Government Sachs” of his own, employing five veterans from the infamous investment bank as top advisors, including Treasury Secretary Steven Mnuchin.

Trump’s cabinet is the richest in American history, and its members have more combined wealth than a third of the American population. And for many of Trump’s top advisers, massive wealth seems to be the sole qualification. Billionaire Secretary of Education Betsy DeVos has no experience in education (though she has spent much of her life trying to destroy public education), Housing and Urban Development Secretary Ben Carson is a neurosurgeon with zero experience in housing policy (whom Trump seems to have chosen solely because of his ethnicity), Energy Secretary Rick Perry knew almost nothing about the Department of Energy before being tapped to run it (as a presidential candidate in 2012, he called for its elimination — though he was unable to name it during an infamous debate), and EPA administrator Scott Pruitt has long opposed the department he now runs. The list goes on, but suffice it say that most of Trump’s cabinet members are about as rich — and unqualified — as the president himself.

Rather than cleaning up Washington, Trump has simply exacerbated corruption in the country’s capital, and a Monmouth University survey from last May revealed that most Americans are well aware of this reality. According to the poll, 32 percent of Americans think that Trump is making the so-called “swamp” worse, 35 percent believe that he has done nothing to change the culture of Washington, and only 24 percent think that he is actually “draining the swamp.”

If anything has been “drained” from Washington since Trump’s arrival earlier this year, it is brainpower and expertise. Indeed, while Trump has appointed plenty of billionaires and Wall Street insiders, he hasn’t felt the need to hire many experts from the academic world. Besides being the richest in history, Trump’s cabinet is also the least educated cabinet in nearly 25 years (in terms of graduate and doctorate degrees). Considering that right-wing populism is a deeply anti-intellectual movement, this is hardly surprising. Trump’s populist campaign was defined by its anti-intellectualism, and when the billionaire railed against “the elite” he was often railing against “cultural” and “intellectual” elites rather than economic elites (like himself).

Not surprisingly, Trump’s political rise has coincided with a deepening distrust of the academic world among Republicans. A Pew Research Center survey  published last week found that nearly six in 10 Republicans now believe that colleges and universities have a “negative effect” on the country, which is up from 45 percent just last year. It comes as no shock that the news media is even more loathed by Republicans, with 85 percent saying it has a negative effect.

If so many Republicans believe that academia and the media have a negative effect on the country, then it makes sense that they would want to limit the influence of universities and the press and other institutions associated with the “liberal elite.” It also stands to reason that for many who voted for Trump, “draining the swamp” was more about throwing out the eggheads and sticking it to the liberal media than removing money from politics and cracking down on systemic corruption.

This helps explain why President Trump can cram his administration with members of the power elite and have massive conflicts of interest, yet still maintain his “populist” image among a substantial (albeit dwindling) number of Americans. He may be a member of the economic elite and his policies may favor the billionaire class, but at least he spends much of his waking hours berating the “fake news” media on Twitter.

The president’s horrendous approval ratings and the aforementioned Monmouth poll indicate that an increasing number of Americans see through Trump’s populist charade and recognize that real power is wielded by economic elites like those in Trump's cabinet, not “liberal elites” who go to pretentious gourmet sandwich shops for lunch (shout-out to America’s greatest columnist, David Brooks!). This reality was demonstrated a few years ago by a Princeton University study on democracy in America, which found that the preferences of economic elites “have far more independent impact upon policy change than the preferences of average citizens do,” and that “when a majority of citizens disagrees with economic elites or with organized [business] interests, they generally lose.”

President Trump has surrounded himself with so many of his fellow billionaires and corporate elite that even C. Wright Mills (the great sociologist who famously coined the term “power elite”) would be in awe. Only in a country with a long history of anti-intellectualism, it seems, could a billionaire ignoramus like Donald Trump continue to be seen as a “man of the people."