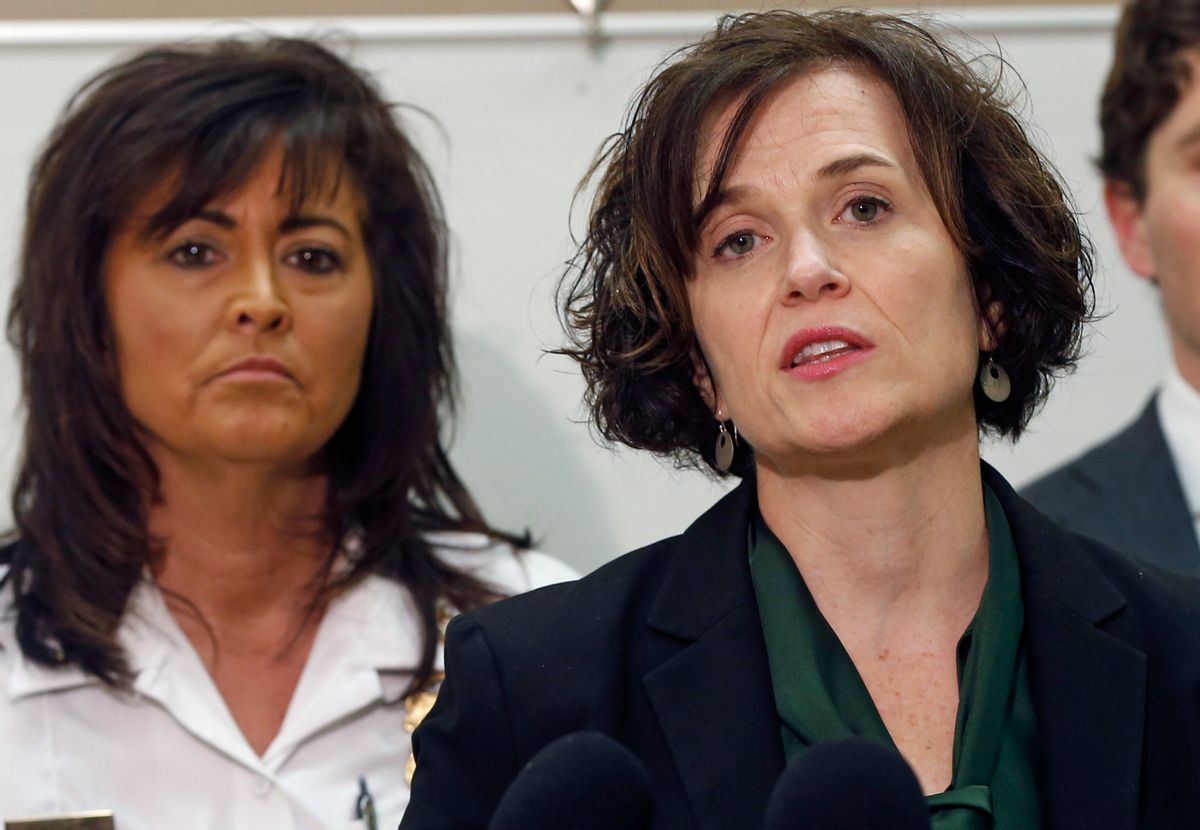 Minneapolis police chief Janeé Harteau resigned from her post Friday following the fatal shooting of Justine Damond. Mayor Betsy Hodges said in a statement that she had "lost confidence in the chief’s ability to lead us further” and that “it is clear that she has lost the confidence of the people of Minneapolis as well.”

While news of Harteau's resignation elicited cheers at a rally Friday evening that was protesting Damond’s death, many were left asking why the change was coming now. Harteau was the head of the department during the 2015 police shooting of Jamar Clark, an unarmed black man from north Minneapolis.

Nekima Levy-Pounds, a civil rights attorney running for Minneapolis mayor, told the Star Tribune that Harteau should have stepped down after previous police shootings during her tenure. She also criticized Harteau for the way she responded to Damond's death, which came at the hands of Officer Mohamed Noor, a person of color. Levy-Pounds asserted that Harteau had treated Noor differently from the white officers who have been involved in unnecessary police shootings.

Hodges held a press conference Friday night announcing Harteau's departure, but it was quickly interrupted by protestors who called on the mayor to resign as well. Hodges, a Democrat who has attended anti-Trump rallies this year, insisted that she would not give up her post.

Harteau served as police chief for nearly five years. She was the first woman and first openly gay person to head the department. Harteau suggested in a statement that her resignation was necessary for the greater good.

“The recent incidents do not reflect the training and procedures we developed as a department,” she said. “Despite the MPD’s many accomplishments under my leadership over these years and my love for the City, I have to put the communities we serve first.”