They want to bust blue bubbles: Right-wing overrides of progressive local laws are on the rise 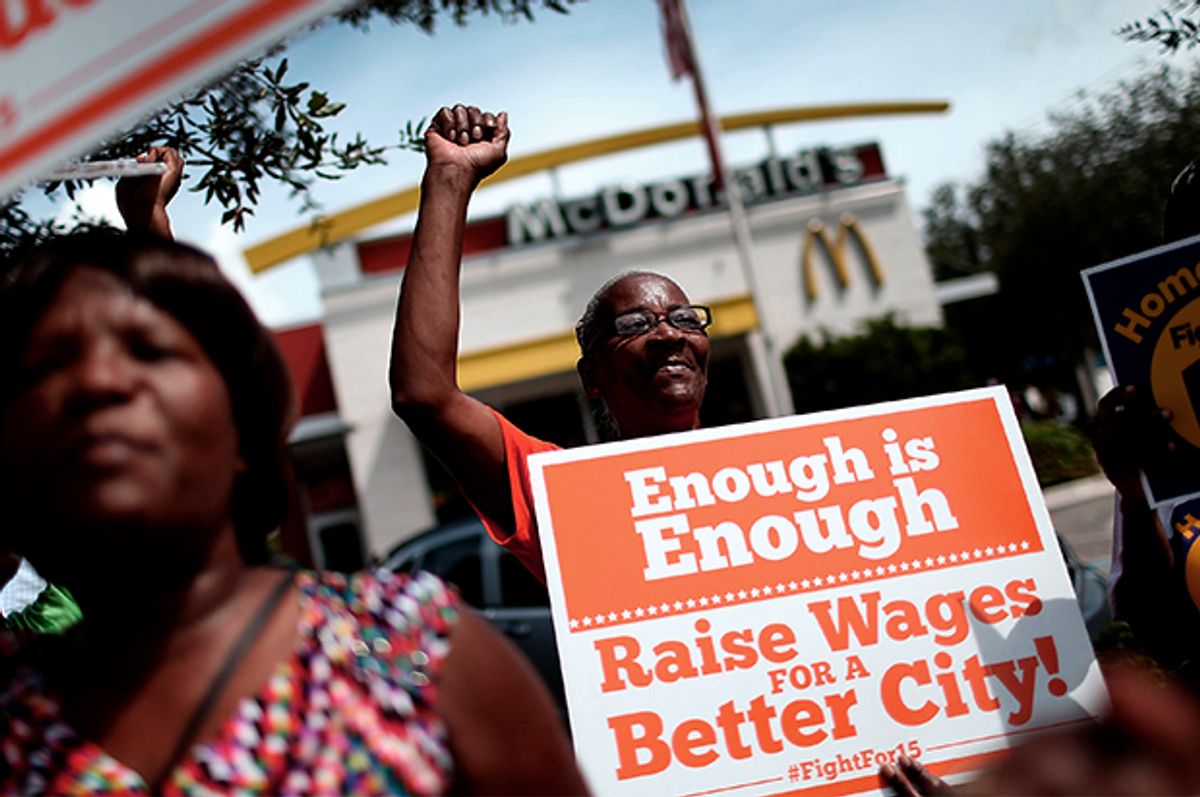 We the People are being burgled. Again.

The latest hit is just the latest in a long string of political robberies, a nationwide crime wave being pulled off by moneyed elites and their political henchmen. With each heist, they haul off a little more of our democratic power: the ability of the working majority to have any real say in the corporate and governmental decisions that affect us.

The elites are master thieves, often plucking pieces of our power without us realizing it, until we try to use it and -- phhttt -- it's gone. And yet another democracy-stealing tool has recently been fabricated and quietly distributed to profiteering corporations and right-wing ideologues throughout the country: PREEMPTION.

This concept has been around since Day One of our nation, contained in the Supremacy Clause of the U.S. Constitution and in similar clauses in state constitutions. It allows higher levels of government to intervene and overrule lower levels - the Feds can legally preempt state and local laws, and states can preempt city and county ordinances.

Obviously, this extreme power is fraught with danger, so it's meant to be used sparingly and only to advance a very big public purpose like, for example, overriding state and local laws that officially sanction rank racial discrimination.

In just the past half-dozen years, some of the greediest corporations and grubbiest of politicos have colluded to take preemption into their own hands. Discarding the concept's core principle of serving the public interest, they're presently wielding its nullifying power as a cudgel to clobber democratic rule and impose special interest policies against the will of the people.

It's at the state level, however, that the intrusive and abusive power of preemption is exploding, as today's right-wing governors and legislators rapidly escalate a state war to quash progressive actions by local governments and grassroots movements.

Far from advancing any big public goals, preemption is now being used to advance corporate agendas. A February report by the National League of Cities found:

And there's much more. States are also dropping the preemption bomb on communities trying to regulate damage from factory farms, Big Oil frackers, coal-fired utilities, pesticide spewers, gun manufacturers, plastic bag makers, e-cigarette peddlers, pipeline builders, et al. According to the Center for Media and Democracy, 36 states introduced laws preempting cities in 2016, up from 29 states in 2015.  State lawmakers are on a pace to exceed those numbers in 2017.

The legal theory behind states' authority to overrule local governments was first articulated by Judge John Forrest Dillon. In an 1872 opinion, he ruled that municipalities have only the powers state legislators expressly grant them. "Dillon's Rule" has subsequently been cited and adopted by the US Supreme Court and other courts, but the theory is not without its critics.  Other judges have made eloquent arguments for the principle of "home rule," noting that unlimited state power imposes unreasonable constraints on the ability of local communities to govern themselves. Notably, Supreme Court rulings do not prevent states from passing legislation or amending their constitutions to expressly allow home rule, and today a new Home Rule movement is taking root to re-assert the rights of local people for self-governance. To learn how to get involved, look into Campaign to Defend Local Solutions. It's a "nonpartisan and people-powered" coalition of local leaders focused on defend!