We need each other: Why people with disabilities should defend the rights of care workers 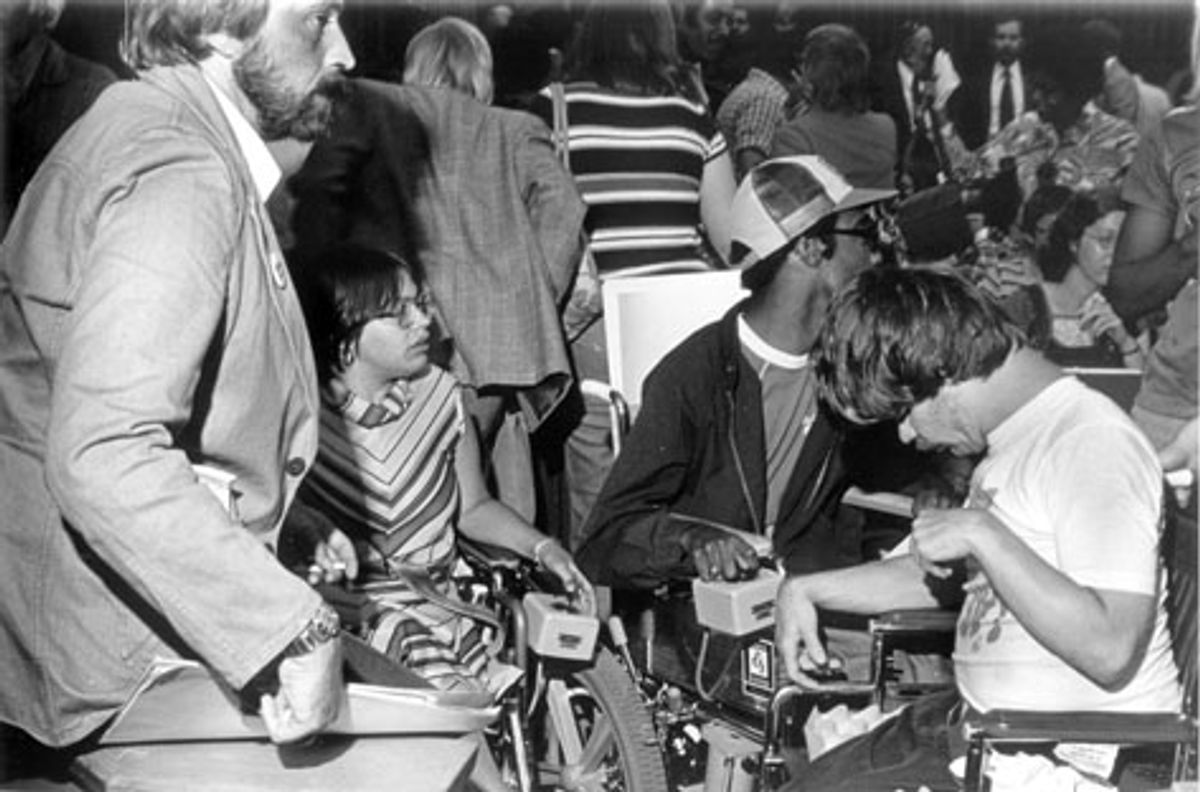 The word “companion” doesn’t sound oppressive at all: It appears quite the opposite. A companion is supportive, nurturing, loyal.

But that word was used for decades to deny basic labor protections to workers who provide in-home assistance to people with disabilities.

I use a motorized wheelchair, and I employ a crew of workers to assist me in my home in Chicago. I call them my pit crew.  They help me with everything, from dressing and bathing to running errands. I hire, fire, schedule and supervise them, and their wage of $13 per hour is paid through a state program called Home Services that is primarily funded by Medicaid. So, the help I receive costs me nothing. It’s vitally important to me. Without it I would be stuck in a miserable nursing home.

But the 1974 amendments to the Fair Labor Standards Act defined this type of work as “companionship” and exempted companions from being entitled to a minimum wage or time and a half for overtime.

A few years ago, that exclusion changed. In 2013, the U.S. Department of Labor (DoL) issued a rule removing the companionship exemption for many people who do this kind of work. Thus, workers like mine, when they are paid via a third party such as the state government or a home health agency, were entitled for the first time to be paid time-and-a-half when they worked more than 40 hours per week.

In the 2013 rule, the DoL said the notion of companionship was antiquated because, “In the 1970s, many individuals with significant care needs were served in institutional settings rather than in their homes and their communities. Since that time, there has been a growing demand for long-term home care for persons of all ages, largely due to the rising cost of traditional institutional care and, in response to the disability civil rights movement, the availability of federal funding assistance for home care, reflecting the nation’s commitment to accommodate the desire of individuals to remain in their homes and communities.”

According to the federal agency’s calculations, the number of people working such jobs increased 65 percent from 2001 to 2011.

The DoL’s action came after years of pressure from groups like the National Domestic Workers Alliance. Almas Sayeed, general counsel and supervising attorney for NDWA, said in an interview with In These Times that the rule “has marked a seminal change in recognizing the value of care work and home care workers in today’s economy. As the U.S. population ages, good, sustainable jobs and professional recognition of care work are increasingly vital to the health and future of our economy and society.”

But the victory may be short-lived. According to Bloomberg BNA, Sen. Pat Roberts R-Kan.  plans to pursue legislation to restore the companionship exemption if the new DoL Secretary does not.

Sayeed says such a move would be harmful to caregivers, as the companionship exemption exacted a big toll on the wages of domestic workers who assist disabled people. “Care workers are disproportionately immigrant women and women of color, and [they] overwhelmingly make minimum wage or below poverty wages,” Sayeed underscored. “Today, one in four home care workers live below the federal poverty line and over half rely on some form of public assistance, such as Medicaid.”

As a person living with disabilities, it’s important to me that my pit crew members are paid well. I want them to stick around. Good assistants are hard to find. I literally can’t get out of bed without their help. They have to be reliable and trustworthy. They have to be comfortable with the intimacy of personal care. And they have to be willing to work for a moderate wage with no health insurance or paid time off or other benefits.

The plaintiffs won in federal district court, but that decision was overturned by the U.S. Court of Appeals for the District of Columbia Circuit in August 2015. When the U.S. Supreme Court declined to hear the case in June 2016, the last legal barrier in the way of enforcing the 2013 rule was removed.

During the legal battle, two disability rights groups — ADAPT and the National Council on Independent Living — filed an amicus brief in support of the plaintiffs, arguing that removing the companionship exemption would ultimately be harmful for disabled people like me and for our assistants. The brief said, “The Rule imposes unfunded costs on State Medicaid programs, incentivizing States and providers to cap attendants’ hours, cut wages, and reduce attendants’ income. The Rule, therefore, confers upon workers a theoretical benefit (a right to receive overtime pay), and a practical harm (a cut in pay due to an hours-cap).”

The harsh restrictions on overtime that ADAPT and NCIL warned of have, indeed, played out in many states. Here in Illinois, for example, home services workers will not be allowed to work “unjustified overtime” more than 45 hours a week beginning August 1. If they exceed that cap in three instances or more, they can be suspended and eventually terminated.

These sweeping restrictions are a serious problem. But the solution is not to beat a reactionary retreat to a pointless exemption that degrades important work. Rather, we must oppose any measures that unfairly penalize workers, whether those caregivers are being cut out of federal protections or targeted by state-level restrictions. The DoL action was a step toward ensuring that workers who assist people like me get the pay they deserve.

Those of us who receive assistance and those who provide it have to be politically active together to make sure we are all protected. Disability rights organizations do vital work, and I have spent 30 years of my life organizing with ADAPT. However, I believe that ADAPT and NCIL took the wrong position when they failed to rally behind federal protections for care workers.

As Sayeed says, “We need to pivot from defense around protecting the care we have to organizing for the care we need and deserve.”