Why are so many celebrities flirting with running for office? 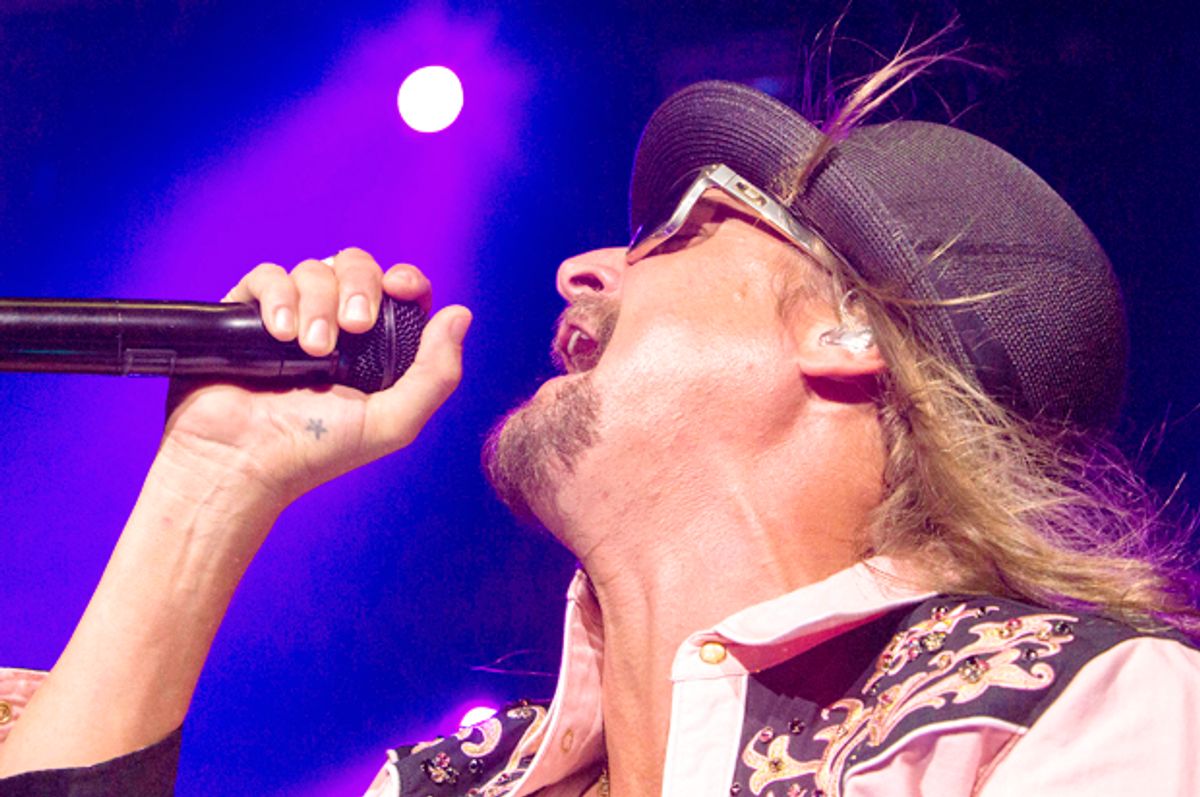 The 2003 California gubernatorial election was nutty. It seems less so now because 18 months of being virtually lobotomized via tweets, Access Hollywood tapes, debates over hand (penis) size and dossiers detailing pisscapades has a desensitizing effect. But so wild was the 2003 California gubernatorial election that the Game Show Network constructed a game show debate entitled “Who Wants to Be Governor of California? – The Debating Game,” in which some of the race’s made-for-reality-TV candidates competed for notoriety and the chance to win campaign funds.

“Who Wants to Be Governor of California?” might seem like a mere comic sideshow if not for what wound up transpiring in the election. Outside of the frame of the show, candidates too legitimate to participate included media mogul Arianna Huffington, former MLB commissioner Peter Ueberroth and action star Arnold Schwarzenegger, the latter of whom wound up winning the race. Reality television was but a mirror to reality.

In hindsight, it’s easy to understand why 2003 was the year celebrities dominated the California gubernatorial race, and why one ultimately won. The 2003 race was never supposed to happen; it was a recall election, the first in the state’s history and the second successful one in American history. The incumbent Democratic Governor, Gray Davis, who had been elected just the prior year, faced vigorous opposition for having mismanaged the events preceding and surrounding the state’s energy crisis. Voters wanted a change, the sort of savior who only exists in fiction.

The tendency of voters to desire and seek out such a candidate is psychologically documented. In a paper entitled “The Psychology of Voting,” Ohio State Professor of Psychology and Political Science Jon A. Krosnick detailed how, "when Americans begin to learn about a new politician, they approach him or her optimistically, hoping for a 'white knight' to appear who will be competent, trustworthy, and effective.”

Viewed through a skeptical lens, Schwarzenegger’s past as a bodybuilding action star and his lack of political experience might have been a disqualifier. But most voters didn’t view Schwarzenegger skeptically. They saw someone who was powerful and who was an outsider. The Terminator might blow things up, but he also might be the only individual fit to fix things, and that was a gamble voters — in a liberal-leaning state, mind you — were willing to wage.

It stands to reason, then, that if some of the long-shot candidates who partook in “Who Wants to Be Governor of California?” had worn nice suits and declined to participate in the game show, they would’ve had a shot. (What made Schwarzenegger more qualified than Gary Coleman but presentation?) The modern age has proven that virtually no celebrity is unelectable. Dating back to the mid-20th century, Americans have elected to prominent office (governor, senator, House member, president) professional athletes, professional pretend athletes, actors, comedians, musicians and, yes, a real estate mogul-turned-reality television star.

We as a culture are infatuated with celebrity and, with a few exceptions, the sorts of celebrities who would run for office are consumed by fame. This symbiotic relationship, coupled with a hunger on the part of the voting populace for representatives who are not overtly craven or covertly corrupt, is how you get so many professional famous people running and winning political races.

You’d think that Donald Trump would be the end of the experiment. It’s unfathomable to think that a person — particularly a celebrity — could watch this circus, see the array of tomatoes being hurled at the stage, and decide that they too would like to be a clown. And yet that is just what’s happened. This month alone, names floated for future campaigns have included Kid Rock, Stephan Jenkins and Caitlyn Jenner. Curt Schilling is also considering making a run at Elizabeth Warren’s Massachusetts Senate seat and Dwayne “The Rock” Johnson won’t rule out a 2020 presidential run. And, say, what’s the latest on Kanye for President?

Surely some of these celebrities are merely flirting with politics to sell product or make themselves feel special. (Kid Rock’s announcement that he intended to run for a Minnesota Senate seat coincided with an announcement of new music.) But who’s to say who’s Gary Coleman and who’s Arnold Schwarzenegger?

And moreover, how will the Trump administration affect voters’ conceptions of celebrities as politicians? Up to this point, elected celebrities have governed to mixed results. Some, like Ronald Reagan and Al Franken, have been highly effective. Others, like Schwarzenegger, have been less so. But overall, it’s been surprising how competent most celebrities have been at governing. None has tarred an office quite like Trump has tarred the presidency (This isn’t a partisan critique. As FiveThirtyEight pointed out Monday: “Barring a sudden turnaround this week, Trump will conclude his first six months in office as the most unpopular president, at that point in his first term, since modern polling began.”) Will voters become disenchanted with celebrities, or will voters seek out a stronger white knight to defeat the villain they empowered?

The latter is beginning to seem more likely. If politics used to be like “The Apprentice,” where little-known contestants competed and the winner became a celebrity, politics is becoming more like “The Celebrity Apprentice,” where being a celebrity is a prerequisite to competing. There’s a game show off to the side and there’s a game show front and center.