Antichrist be damned: A Wisconsin company wants to install microchips in their employees

Because keycards don't do the job, a Wisconsin company is offering to insert microchip into its employees 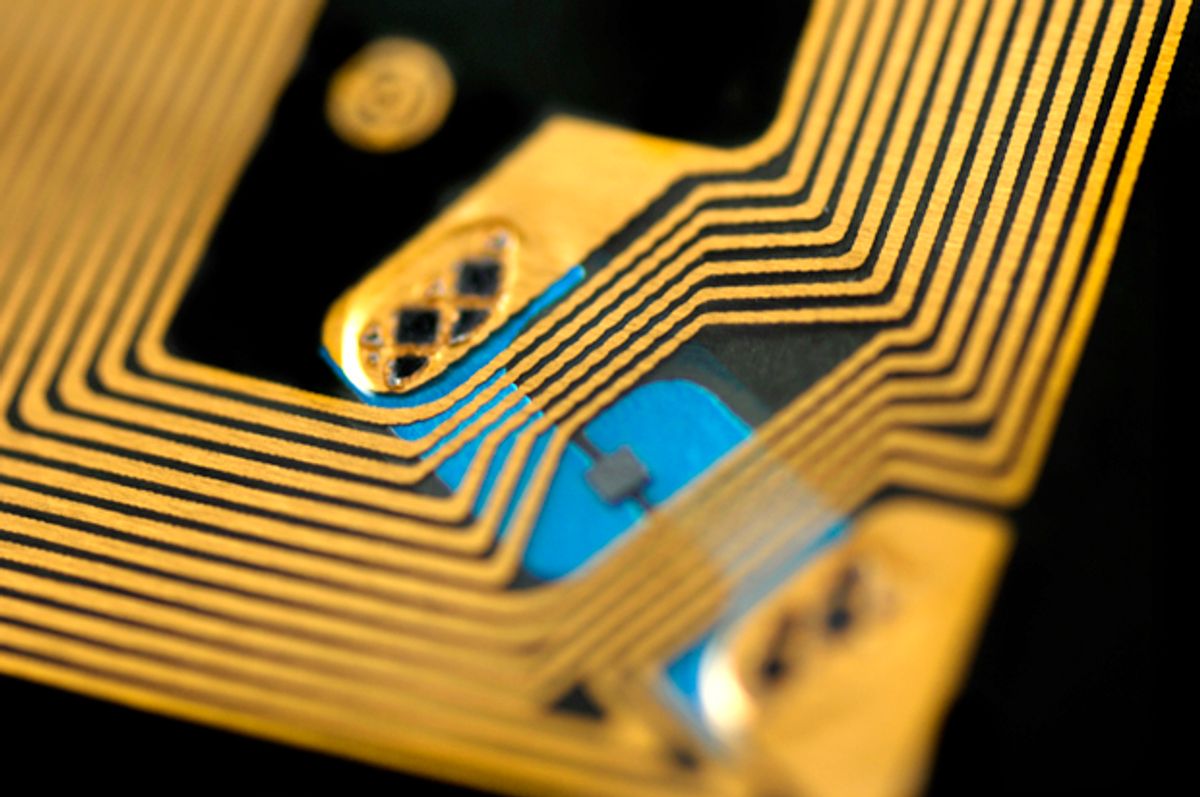 The future has arrived for employees of a Wisconsin tech company called Three Square Market (32M), who are being asked to implant a microchip into their hands.

The chip, to be inserted between their thumb and index finger, uses Radio-Frequency Identification or RIFD technology — the same tiny chip one can find in a credit card or mobile phone — which allows employees to operate copy machines, open doors and login to computers.

32M — specializing in self-checkout office break rooms — expects to test out the technology on over 50 staff employees, who will volunteer to have the short procedure done.

Employees will have their chance to get chipped at the inaugural "chip party" held on Aug. 1.

CEO Todd Westby said in a press release he predicted getting chipped will make things way easier for everyone, even if some of 32M's workers opt-out of receiving the implant.

We foresee the use of RFID technology to drive everything from making purchases in our office break room market, opening doors, use of copy machines, logging into our office computers, unlocking phones, sharing business cards, storing medical/health information, and used as payment at other RFID terminals.  Eventually, this technology will become standardized allowing you to use this as your passport, public transit, all purchasing opportunities, etc.

32M will be the first U.S. firm to offer implants to employees, partnering with a Swedish company BioHax International — which has "chipped" many of its employees, according to NBC News.

Microchipping is a very sensitive issue for a number of Americans. In 2010, Virginia lawmakers were trying to make it illegal to force microchipping of employees. And it was all because of fears of the Antichrist coming as a result, "The Washington Post" noted at the time, citing the bill's sponsor's expert knowledge of biblical law.

"My understanding — I'm not a theologian — but there's a prophecy in the Bible that says you'll have to receive a mark, or you can neither buy nor sell things in end times," Del. Mark L. Cole, the bill's sponsor, told the "Post." "Some people think these computer chips might be that mark."