Yes, it's a commercial — but damn this journey into the effects of racism is a good one 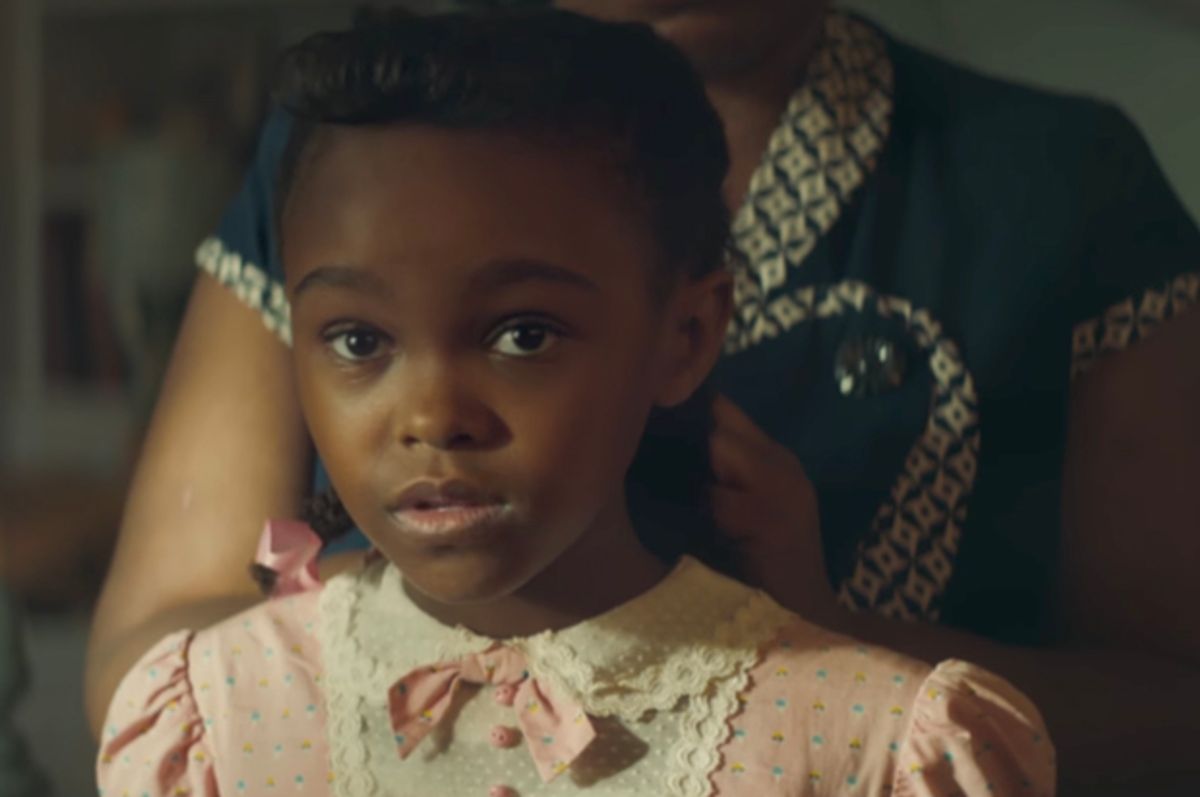 The Talk (Youtube/My Black is Beautiful)
--

As they grow up in a nation where almost every system is stacked against them, most black children have had "the talk" with their parents — that moment or series of moments where their mother or father reveals the stakes for African Americans in our country in an attempt to shield them from the effects of institutional racism by explaining and preparing them for it.

It's a cross-generational phenomenon captured by this touching, beautiful and yet frustrating ad by Proctor & Gamble as part of their "My Black is Beautiful" campaign.

Created by creative firm BBDO in partnership with the minority-certified consulting firm Egami Consulting Group, "The Talk" is intended not just to open eyes, hearts and memories, but inspire more conversation around the subject of racism.

Said Proctor & Gamble's director of global company communications Damon Jones in a statement, “These real-life conversations about conscious and unconscious bias are too common in homes across the country and weigh heavily on parents and children of many different backgrounds. We take seriously the opportunity to spark dialogue on what we all can do to put an end to the harmful effects of bias, and motivate true change.”

Now, yes, this is an ad — a commercial that, in as much as it is geared to do anything else, is built to stir up goodwill for a multinational, profit-driven conglomerate that has historically been as much a participant in the longstanding practice of championing white beauty over black beauty as any other in the cosmetics field. As many others before it, this campaign seeks to employ progressive thought and the appearance of love and concern for fully capitalist ends. In that, it is an example of the very machine that has historically suppressed blacks, virtue washing itself using their goals and experiences.

But damn if this isn't a good example of that trend. Coupled with "My Black is Beautiful," it at the very least offers understanding and the opportunity for black people to say, hey, me too. Hopefully it will get at least a few white people to internalize and appreciate something they rarely get to see and often don't understand, the human, personal cost of racism that forces parents to sit their kids down and have "the talk."

For more videos attached to this campaign, visit here.