Senate Republicans blast Donald Trump for his treatment of Jeff Sessions, their party 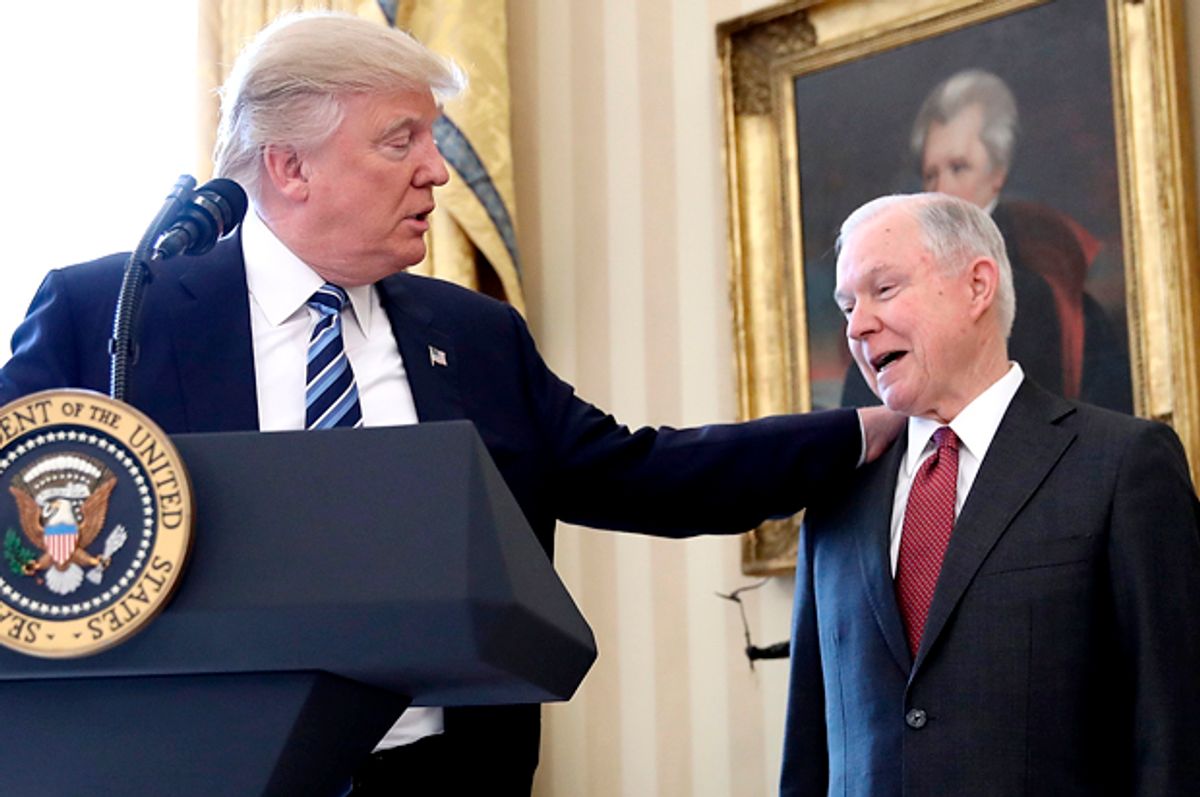 As President Donald Trump continues to pick fights with his attorney general, Jeff Sessions, a number of Senate Republicans have openly expressed confusion as well as anger over his recent criticisms of Sessions for recusing himself from the ongoing Russia investigation.

"I don’t understand it. There’s no more honorable person I’ve ever met in my life than Jeff Sessions," Sen. James Inhofe, R-Okla., said, according to McClatchy. Inhofe is a close friend of Sessions — who spent 20 years in the Senate — and his wife, the publication reported.

"The only person who is more upset with Trump about this than me, is my wife," Inhofe added.

"Jeff Sessions is a man of integrity, loyalty and extraordinary character," tweeted Alabama Sen. Richard Shelby, who worked with Sessions in the Senate for "20 years." He added that he was giving the attorney general his "deep respect and unwavering support."

Sen. Thom Tillis R-Fla., said in a statement that "while some may argue that he should not have recused himself from the Russia investigation, Attorney General Sessions demonstrated good judgment by doing so and removed all appearances of potential conflict." Adding that his decision was "ultimately made in the best interests of the Department of Justice and the country."

"That’s what he does, I don’t think he means harm with those tweets," Sen. Orrin Hatch R-Utah, said, according to McClatchy. "I’d prefer that he didn’t do that. We’d like Jeff to be treated fairly."

Trump hasn't exactly been making efforts to win over members of his own party. On Monday afternoon, Trump stood in front of a podium and berated Senate Republicans, who he said "have not done their job in ending the Obamacare nightmare."