Study: Sperm counts are half of what they used to be 40 years ago

A stunning report finds that sperm counts in the western world have halved in the course of a generation — why? 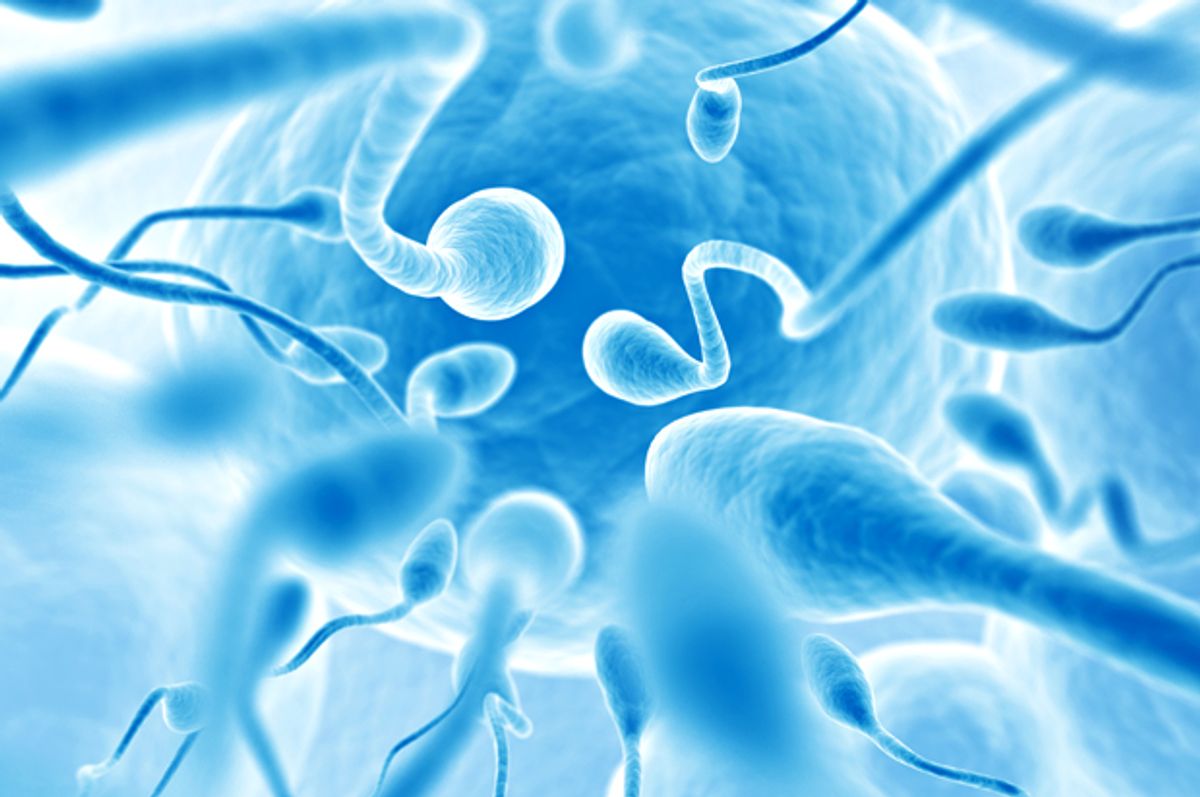 A study created by a team of international scientists and published by Human Reproduction Update finds that sperm counts in males in the Western world may have dropped by over half in the last 40 years.

A survey of surveys, the report brought together over 185 studies conducted between 1973 and 2011, creating a compendium of tests of 43,000 males. By highlighting results from "Western" countries — including New Zealand, Australia and other developed nations with strong European heritages — researchers found that sperm counts fell from 99 million per ml in 1973 to 47.1 million per ml in 2011 within the relevant age cohort. That's a decline of 52.4 percent or 1.4 percent every year.

Most interestingly, this precipitous decline was not found in non-Western nations or the developing world — though the authors acknowledged that lack of robust and broad testing in those areas may have skewed their results.

It's a dramatic finding that highlights an ongoing trend that researchers and fertility experts have amplified repeatedly over the last generation. While some, as the Guardian notes, have claimed that such sharp declines are due to technological advancements and new techniques in testing, the authors of the Human Reproduction Update report said that they had factored in those changes.

While there are no true answers for what may be causing such a dramatic decline (if it exists), multiple experts have theorized that poor health trends in developed countries may be a factor. Decreased physical inactivity, increased BMIs (Body Mass Indexes) and stress, as well as exposure to a myriad of artificial and natural compounds in both the environment and food have been sighted as likely culprits. Yet, there is no substantial body of evidence that could cement any of those real-world lifestyle changes as true, scientific factors in the overall drop in sperm counts.

As Allan Pacey, professor of andrology at the University of Sheffield, told the Guardian, “We have got very little epidemiological evidence to say what might be causing it, so we are still scratching our heads a little bit in my view.”

Then again, there may be less cause for alarm then there appears. Multiple studies have found no such steep decline in more limited, specific cohorts (the Guardian cities both British and Danish research of younger males). Indeed, some find no decline whatsoever. Further in-depth study may be hampered due to the field's overall focus on female reproductive health as opposed to that of males, some say — but that's inconclusive.

Regardless, the Human Reproductive Update has delivered a stunning report that demands action and answers, regardless of how initially confounding its findings are. Peer reviewers, get to work.