If the president wants to blame someone for his flagging efforts, he should look no further than the chanteuse 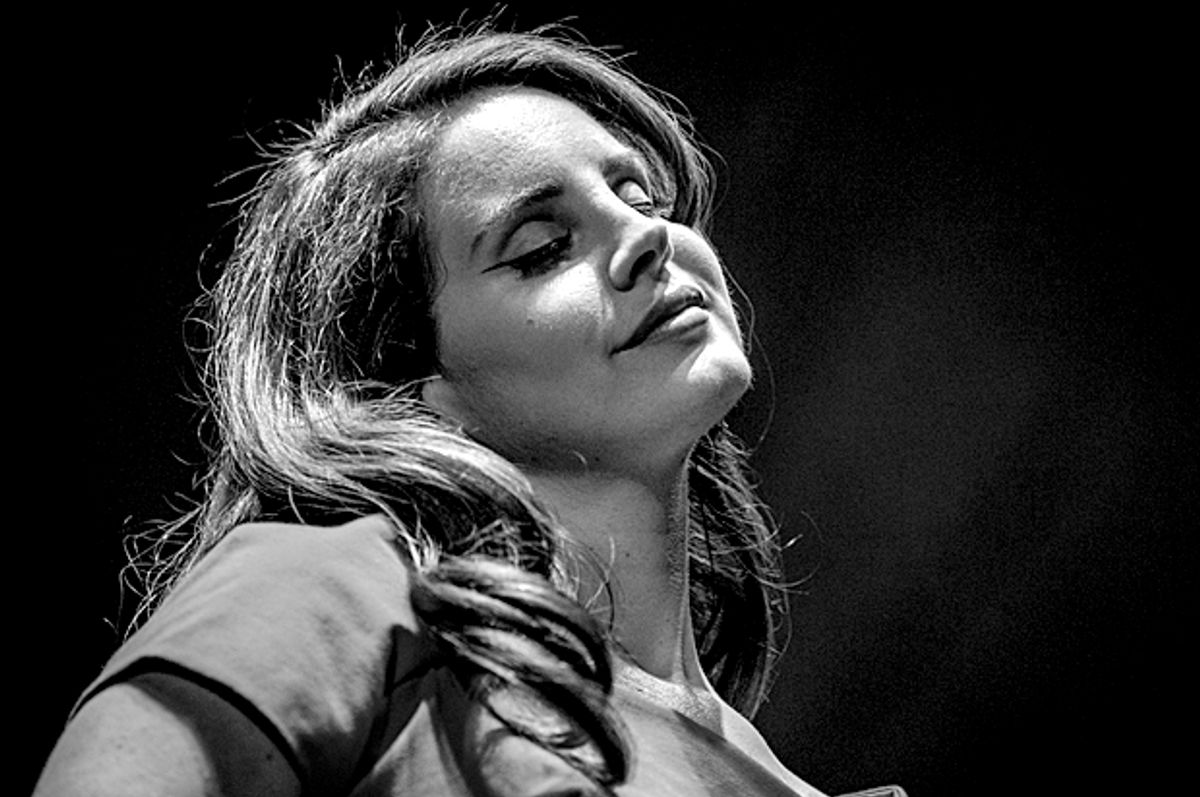 Whatever one thinks of President Donald Trump's brutal policies, race-baiting rhetoric and ongoing depopulation of the entire Executive Branch of the U.S. government, it's pretty clear that he's actually gotten very little of what he promised (threatened) to do accomplished.

With fewer and fewer GOP congress members falling in line behind him and a possible cabinet exodus looming, it seems his ability to enact any proposed legislation may be substantially hobbled for the rest of his term. Even he seems to admit it at moments.

One could blame this on the president's unpreparedness, his unmoored, absolutist governing style, the stunning lack of bureaucratic and logistical expertise of the advisors he has surrounded himself with or the fact that the strong majority of Americans neither voted for him nor approve of his performance in any way.

But that's all wrong. Trump's failures as a productive president rest on the lace-covered shoulders of but one person: Lana Del Rey.

In an interview with British music publication NME, the singer and possible former captive priestess of a 1970s Topanga Canyon doomsday cult, admitted that, yes, she has — as previously reported — used witchcraft against the Commander in Chief.

When asked about a binding spell she bid her acolytes (fans) to cast, Del Rey admitted that, yes, she cleared time during the production of her new album "Lust for Life" to call forth eldritch spirits against the sitting president herself. “Yeah, I did it. Why not? Look, I do a lot of s**t.”

In February, Del Rey implored her fans to participate in the white-magic ritual via social media, stating "At the stroke of midnight Feb 24, March 26, April 24, May 23. Ingredients can b found online."

A later statement by her representatives suggested that, yes, this was part of a larger effort to hex Trump forwarded by a number of practitioners. As Rolling Stone reported, "Occultists noted that, on those four dates, practitioners of witchcraft would congregate for a mass ritual that would with the hope that their efforts resulted in Donald Trump's removal from the Oval Office."

The ritual itself involved a feather, tarot card, sand, stubby orange candle and the incantation, "I call upon you to bind Donald J. Trump so that his malignant works may fail utterly, that he may do no harm to any human soul, nor any tree, animal, rock, stream or sea." It continued, "Bind him so that he shall not break our polity, usurp our liberty or fill our minds with hate, confusion, fear, or despair."

Now, obviously, the spell has only worked partially, but certainly it has prevented the president from executing much of his extended agenda handily. The extent to which it has been successful — which is dependent on how many have used it — must be credited in great extent to Del Rey. This, along with her growing political awareness and more progressive stance, surely makes her a powerful ally the democrats should reach out to as we approach the mid-term elections.

If you yourself want to get in on the action, everything you need to help Del Rey stall the president's agenda is available right here.