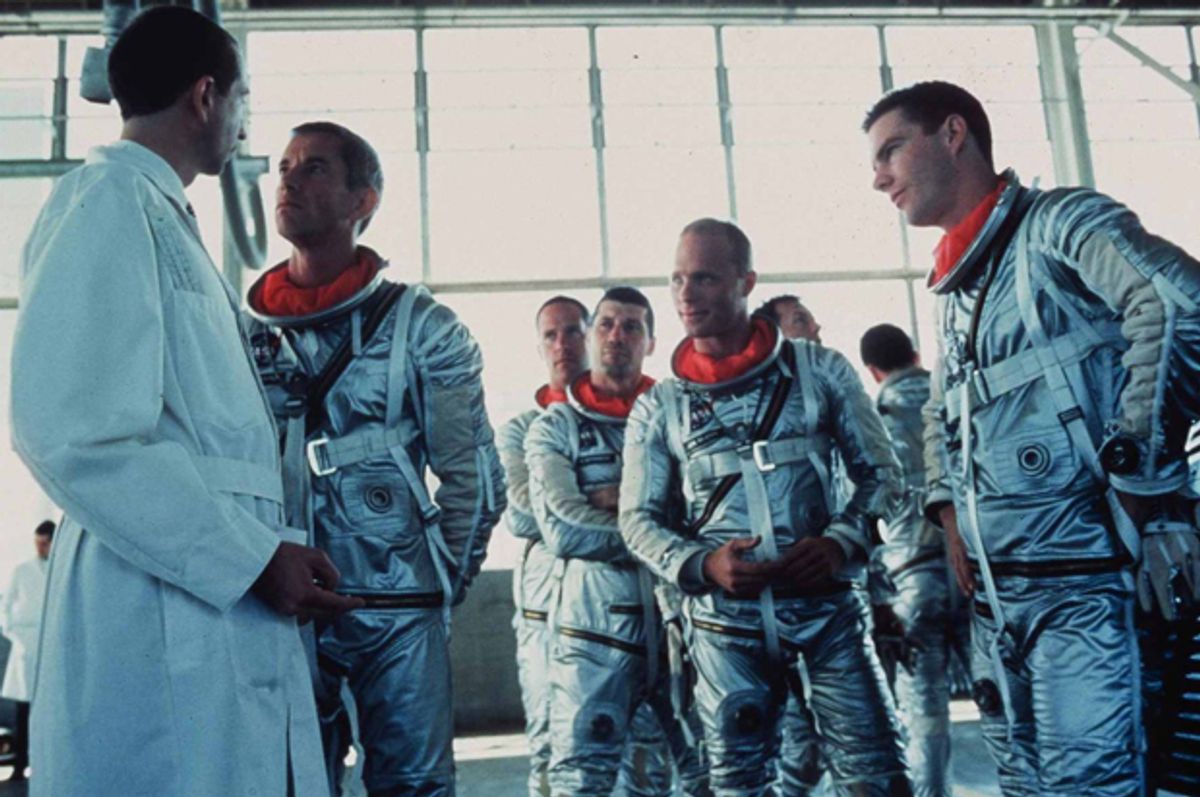 The landmark novel and cult classic film "The Right Stuff" is making a comeback — but this time, to the small screen.

National Geographic is developing a series adaptation of Tom Wolfe's 1979 novel "The Right Stuff"  (on which the 1983 film is based), along with Leonardo DiCaprio and Jennifer Davisson. DiCaprio's company Appian Way Productions will work in association with Warner Horizon Scripted Television to bring the novel to life. DiCaprio and Davisson are listed as executive produces, along with Will Staples, a video game writer known for his work on "Need for Speed: Rivals" and "Call of Duty: Modern Warfare 3."

The series will follow the non-fiction novel's story of the seven fighter pilots and their families who were placed at the center of the space race between the United States and Russia. The men — better known as the Mercury pilots — were involved with the testing that created the foundation for NASA and other space programs like it.

“Having already had a rich relationship with Leonardo, Jennifer and their production company Appian Way on ‘Before the Flood,’ I’m excited to work with them in a scripted capacity,” said Courteney Monroe, the CEO of National Geographic Global Networks. “With ‘The Right Stuff,’ we’re looking at moment in time where the everyday life, the trials and tribulations, of these men was scrutinized in the public. The story gives a peek into the minds and goals of these astronauts seeking exploration and adventure during the space race of the ’50s, making it the perfect story for National Geographic to tell.”

The first season of the series will take place in 1958, at the start of the nation's obsession with outer space. The story will take viewers on a journey through desert speed tests, the contentious relationship between the U.S. and Russia during the space race, and will explore the grueling tests the pilots faced while training to become astronauts.

“National Geographic gave 'Before the Flood' an international platform, and we couldn’t think of a better partner to bring 'The Right Stuff' to the world,” Davisson said in a press release. “The heroism of these astronauts was rivaled only by the country’s fascination with their story; this series uncovers both the adventure of space exploration and the adventure of being unwittingly thrust into the public eye.”