"Dancing with the Stars" is trying to recruit Sean Spicer: Report 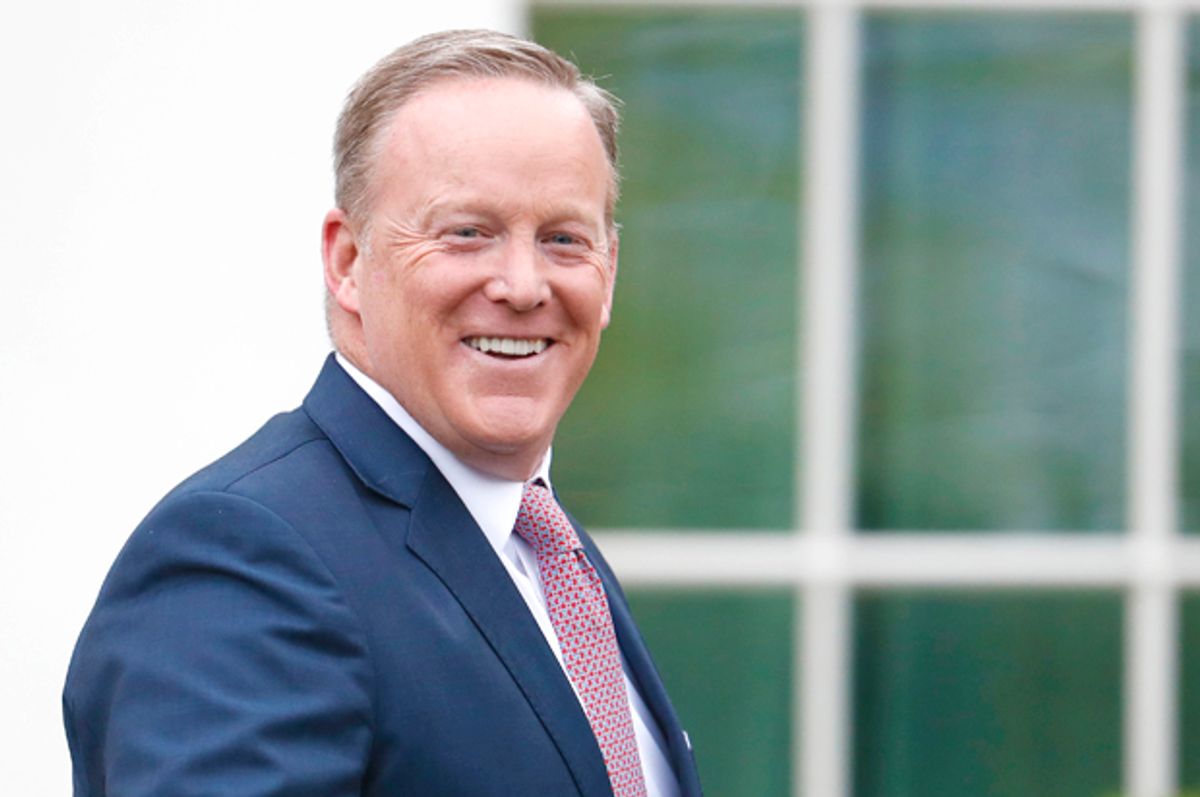 After spending the last six months dancing around questions at the podium in the White House press briefing room, enraged human thumb Sean Spicer is reportedly being wooed by ABC's "Dancing with the Stars," according to Page Six.

Though the former press secretary only resigned last week, he has been busy in New York City looking for a new gig. Spicer "was seen coming out of high-level meetings at ABC, NBC, CBS and Fox News in Manhattan," according to sources that spoke to the New York Post's Page Six. Some organizations even "made the full-court press," while others "just kicked the tires," Page Six reported.

Most interestingly, a "TV insider" told Page Six that "Dancing with the Stars" has reached out to Spicer in hopes of having him compete on the show, thought it's still very unclear whether it would happen or not. "I have no comment," Spicer told Page Six regarding his possible appearance on the reality game show. Representatives for ABC said they "don't comment on casting."

Some may remember former Texas governor and current Energy Secretary Rick Perry, who currently heads the Department of Energy, competed on the show last year after dropping out of the Republican primaries. He was the second contestant eliminated from the competition, according to Page Six.

It's only been six days since his departure from President Donald Trump's administration, but television is apparently yearning for his bombastic personality that transformed press briefings into routine television hits rather than a typically mundane process relaying of information from the executive branch to the public. For those who miss Spicy's manic bursts of anger, his greatest hits are available here.