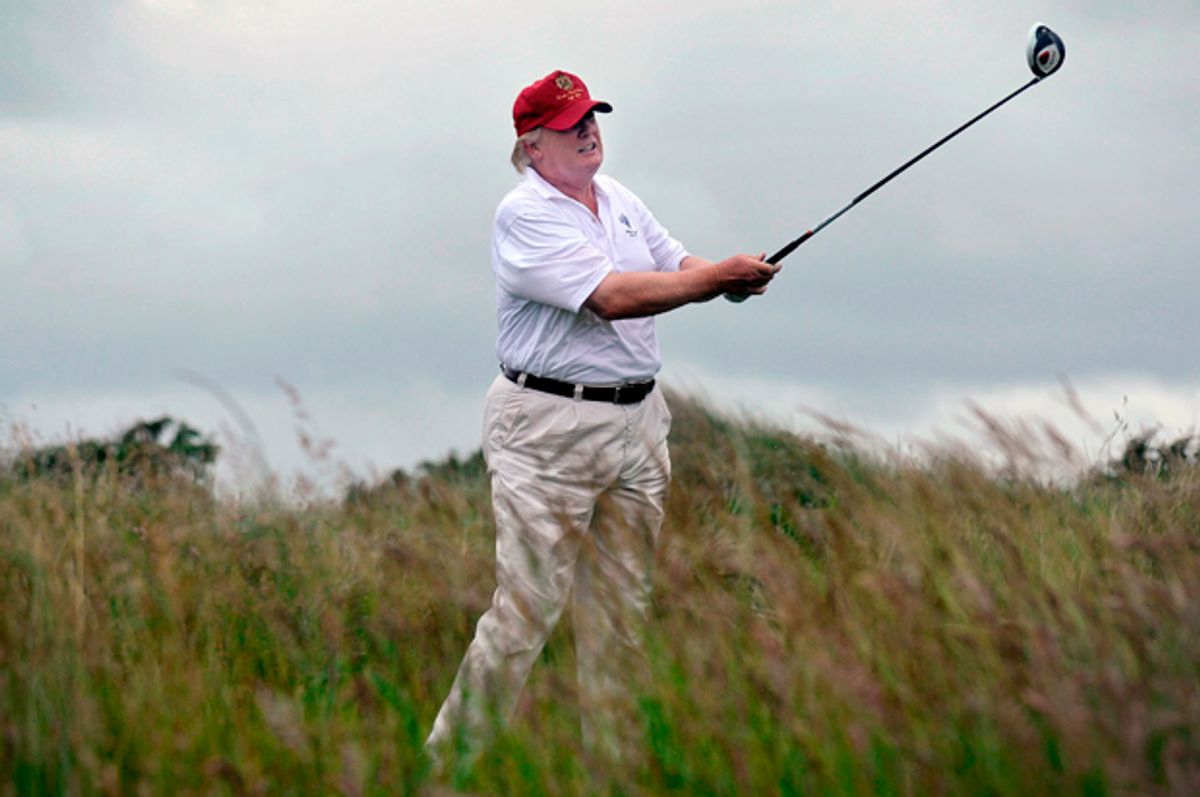 The White House has made big moves to bolster Donald Trump's image since the beginning of his administration. From Sean Spicer's wrongful touting about the crowd size at Trump's inauguration to his first cabinet meeting where members were asked to commend his accomplishments as president, it is apparent Trump's ego is one of the most important parts of his administration.

But the White House will also go above and beyond to make sure that Trump is shown in the most positive light, even if it's over the most petty issues.

The White House may have altered the transcript of the press conference announcing the appointment of Anthony Scaramucci as White House communications director. Why? Because Donald Trump wasn't portrayed to be a good enough golfer the first time around.

In the press conference, Scaramucci clearly told reporters — amongst proclamations of his love for the president and his ability to throw a football through a tire — Trump "sinks 3-foot putts. I don't see this guy as a guy that's ever under siege." But, as "Daily Show" producer Matt Negrin pointed out, Scaramucci's words were later edited.

In the official transcript from the White House, Scaramucci is quoted as saying Trump "sinks 30-foot putts." This overstatement  — by a factor of 10 — might be a typo, or it could quite possibly be another stroke to his ego. Trump has been the subject of accusations that he's cheated at the sport, and it's something that he's taken seriously.

During Sean Spicer's tenure as press secretary, critics were quick to note that he was playing to an "audience of one," the TV-obsessed president. Knowing that he likely was watching Scaramucci's debut performance Friday, it's worth wondering who was responsible for ordering the record changed.