How do you work out if a signal from space is a message from aliens?

Are extraterrestrials trying to contact us? Figuring that out can be tricky, say scientists 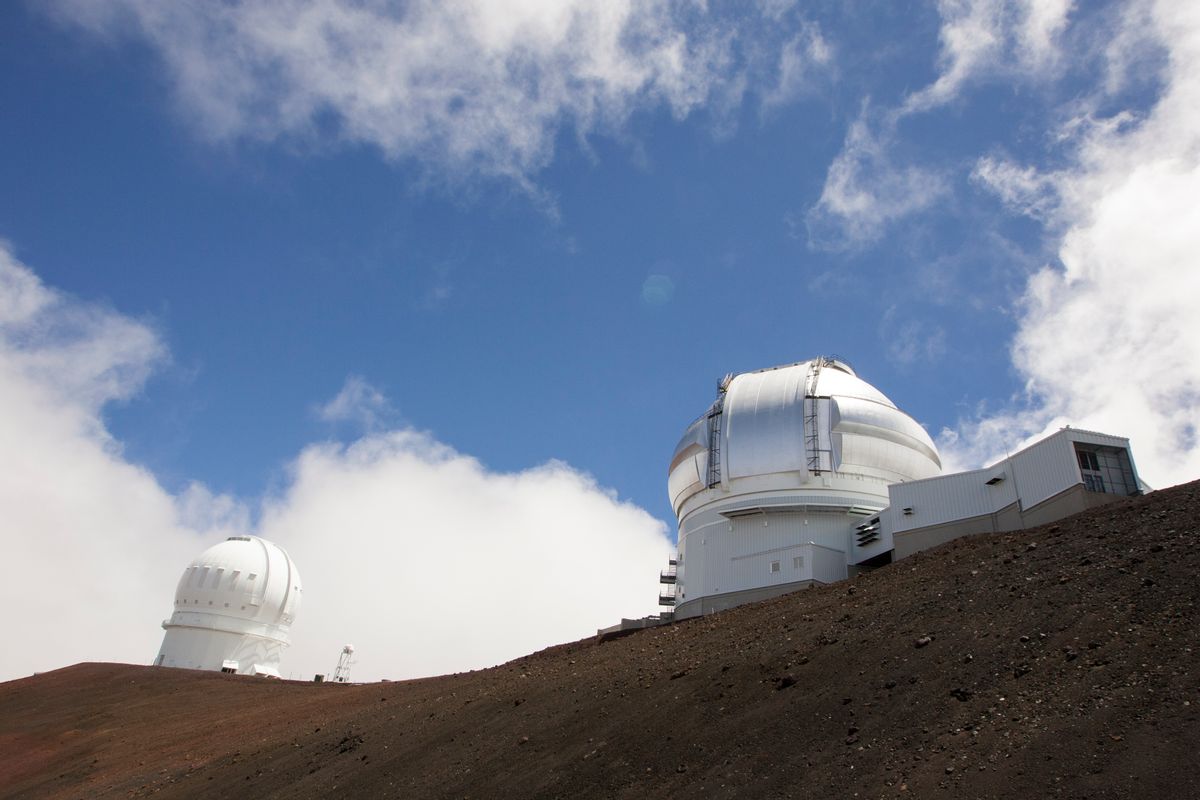 Astronomers working at the Arecibo radio telescope in Puerto Rico have detected a weird radio signal, spotted when pointing their telescope at the nearby star Ross 128. They’re not getting too excited about the prospect of an alien civilisation contacting us just yet though. “In case you are wondering, the recurrent aliens hypothesis is at the bottom of many other better explanations,” said Abel Mendez, the scientist leading the campaign.

Of course, this doesn’t stop others speculating that the signal may be just that. And it begs the question, how do you work out if a strange signal from space really is a message from aliens? The simple answer is that you have to rule out everything else first and only then can you think it may be aliens. As Sherlock Holmes said: “When you have eliminated the impossible, whatever remains, however improbable, must be the truth.” But eliminating all the other possibilities isn’t exactly easy.

When radio pulsars were first detected in 1967, “little green men” were at least considered a possibility – before it was that they are rapidly rotating neutron stars. The discovery opened up a whole new area of astrophysics, so could hardly be considered a disappointment.

There have been other cases. In 1977, astronomers detected a radio burst dubbed the “WOW signal” — and they have been debating its origin for decades. Only recently was it suggested that there could be a natural explanation: emission from a passing comet that happened to lie in the right part of the sky. However, other astronomers have cast doubt on the comet idea, so it can’t be considered to be settled just yet.

Another mysterious signal is that from Tabby’s star, which displays strange quasi-periodic dips in its brightness. Could this be evidence of orbiting alien megastructures, or is it merely a cloud of natural debris surrounding the star? Once again, the jury is still out on that one, but we have certainly not ruled out all natural possibilities yet.

The signal seen from Ross 128, which is 11 light years from Earth, consisted of quasi-periodic radio pulses across a wide range of frequencies. The observations were made on May 12 in the range 4-5 GHz and lasted about ten minutes. A periodic signal naturally draws attention to itself and could indicate an artificial origin. However, some natural processes can give rise to periodic signals too. The pulses could be due to something like solar flares coming from the red dwarf star (a small and relatively cool star). Such stars are indeed prone to this type of activity, but the researchers say the radio pulses are unlike anything ever seen from other similar stars.

Perhaps more likely is that the signals originate closer to home — arising as interference from a high altitude, Earth-orbiting artificial satellite which happened to pass through the field of view of the telescope during the observations. However, such a signal from a satellite has not been seen before either. The Arecibo team are planning further observations to try and check these possibilities.

So, what are the chances the signal is evidence of aliens? The last 20 years have seen an explosion in the number of planets found orbiting other stars. It is likely that a large proportion of the stars in the Milky Way harbour habitable exoplanets, yet we still have no evidence of life elsewhere.

The lack of evidence for extraterrestrial life lies at the heart of the Fermi paradox. Simply put, if planets and life are common in the galaxy, why have we not found aliens yet?

My best guess, based on what we now know, is that simple life may well be common — there are probably billions of Earth-like planets out there, so it is almost inconceivable that life has only evolved on one of them. However, intelligent, communicating life may well be extremely rare — either because it doesn’t arise or because when it does, it gets wiped out fairly quickly. This idea is known as the great filter.

The best chance of spotting life in the galaxy may therefore not come from looking for radio signals, but from looking for the signature of a biosphere as an exoplanet transits across the face of its star.

By measuring the spectrum (breakdown of light according to wavelenght) of a star while its planet passes in front, then subtracting the spectrum of the star seen alone, any tiny difference must be due to the signature of the planet’s atmosphere. This signature could reveal the presence of gases like oxygen and methane, which may mean the planet hosts life — although this may just be microbes. But it may indeed be our best bet to find life in the galaxy.

What if you do spot an alien signal?

Let’s return to the signal from Ross 128. What if the astronomers at Arecibo rule out solar flares and artificial satellites as the origin of the signal? The problem is, we can only rule out the things we know about. So even if these possibilities are discounted, there may still be other causes that have not been thought of yet. In fact, this is how all science works. We can’t ever claim anything is definitely true, we can only rule out the things that are false and make a hypothesis that something else is true until proved otherwise.

But that doesn’t mean that we can’t one day receive a signal that is unambiguously of alien origin. If a signal is received with such a high level of structured information that it can’t be a natural signal, then there may be no other explanation.

In this case, the Search for Extra Terrestrial Intelligence (SETI), have clear protocols for what happens next. These specify that the discoverer must notify other signatories to the protocols, other astronomers around the world, and also the United Nations. All data surrounding the discovery must also be made public. Importantly, no response to the signal should be sent until international consultations have taken place. Whatever (if anything) is transmitted back in the direction the signal came from would indicate our presence, so we’d better be sure we want to announce our existence before doing so.

Maybe one day these protocols will be invoked, but until then, astronomers will keep looking for more prosaic explanations for all the weird signals they detect.