Two half-hour anthology series find stories in hotels. But as escapes go, you can do better 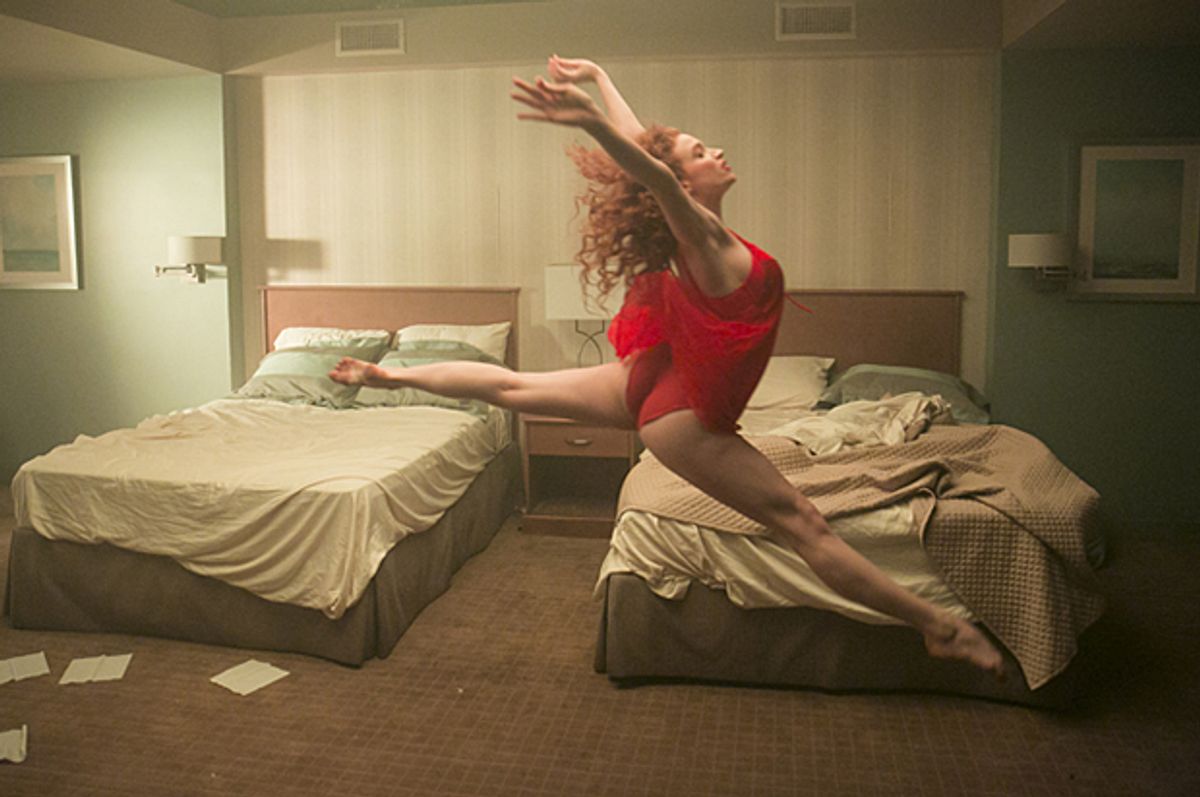 Room 104, like all spaces made available for a nightly rate, exists for the purpose of shelter, temporary escapes or pure thrills. The décor is completely unassuming; calling it shabby or ugly wouldn’t be out of bounds or met by any emotional reaction. It’s just a room, after all, and only as fascinating as its occupants.

In HBO’s anthology series “Room 104," debuting Friday at 11:30 p.m., the audience becomes the invisible observer to the short interludes in the lives of various strangers who seek accommodation there for reasons ranging from the mundane to the bizarre or nefarious. This is the way of hotel rooms, right? One on night, a room can serve as an artistic stage. On another, it becomes romantic hideaway.

In one episode of the series, “The Fight,” the place becomes a gladiatorial arena in miniature. Another “Ralphie,” features a babysitting job that gets weird no long after the parent leaves. There are episodes about Mormon missionaries, faded champions, survivors and lovers.

It’s easy to see why the conceit of “Room 104” would appeal Mark and Jay Duplass, its creators who examined the messy challenge of long-term relationships in “Togetherness.” The setting allows the duo and their fellow executive producer Xan Aranda to embrace a variety of genres, provocative plots and feelings within one season, and under a single banner. That means the viewer truly doesn’t know what they'll be getting from week to week.

But it also makes “Room 104” intensely uneven, with a few stories standing out in a crowd that barely transcends a quality rating of middling. One, “Voyeurs,” is a movement piece featuring no dialogue whatsoever. Whether it succeeds heavily depends on how a viewer feels about modern dance and avant-garde art in general. I found it fascinating, but I envision others may not be as entranced by the prospect of sitting through an extended performance that lasts nearly 30 minutes.

The half-hour time limit on each close-ended story works in the series' favor, though, because even an unsuccessful “Room 104” episode leaves the viewer something to ponder. That is, save for one passage, “The Internet,” which invites the viewer to sit through a man’s frustrating conversation with his mother and illuminates very little in the process.

Mark Duplass wrote six of the season’s 12 episodes, and it may be interesting to view his stories back-to-back in an on-demand setting. “The Fight” is one of his, and although the titular battle between the two female mixed martial artists (Natalie Morgan and Keta Meggett) featured in it is fairly epic in its execution, the story that frames it doesn’t contain much spark.

The same is true of the series opener “Ralphie,” an odd tale with a resolution that's predictable in its weirdness. But “Room 104” closes strongly with “My Love,” a love story that showcases Philip Baker Hall’s extraordinary dramatic range by placing the story’s heft on his shoulders in an extensive monologue that seizes a person’s attention. Declining an extended stay in this hotel that’s seen better days is understandable, but “My Love” is a story the discerning viewer will want to check in to. (That one makes its debut Friday, October 13).

Hotels and motels are the storyteller’s version of blank slates, and their allure is understandable. Who hasn’t imagined what goes on behind those closed doors as we walk down those weird halls, or speculate about what it’s like to work at one?

In making the staff and locals connected to “The Guest Book” as much of a constant as the show’s the cabin getaway, the series follows many more standard sitcom conventions than “Room 104” does. But this familiarity does not work in the show’s favor. Despite boasting an impressive guest star roster that includes Stockard Channing, Danny Pudi, Lauren Lapkus, Mary Lynn Rajskub, Michaela Watkins and many other extraordinary comedy talents, the humor and characters don’t feel altogether hospitable.

People like to travel during this season, and that means both of these shows may find their audiences later on when viewers have the luxury of taking in a block of episodes in a single sitting. But in a landscape bursting with higher quality TV escapism, you’re better off holding out for an upgrade.