School segregation is back, big time — but the solution is close to home 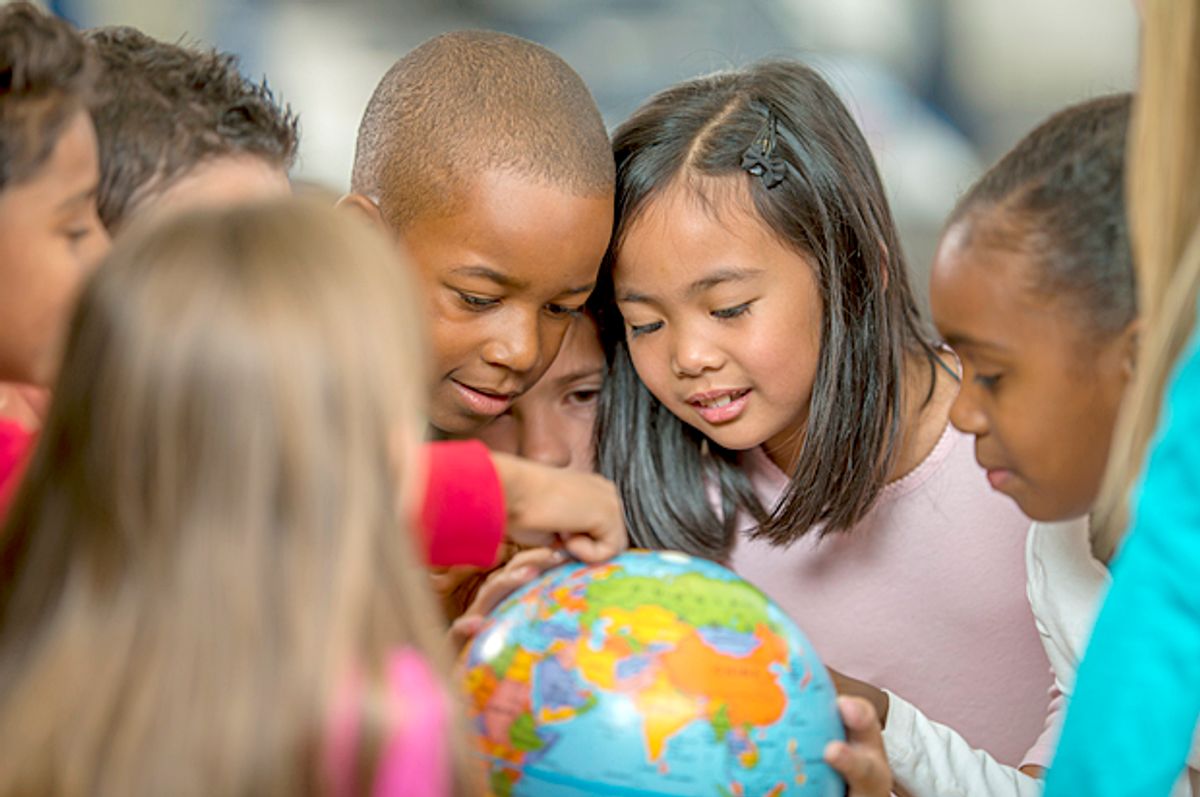 More than 60 years after Brown v. the Board of Education, the landmark Supreme Court case that put an end to racial segregation as an official policy in schools, segregation is back. Indeed it's worse, by some measures, than it was in the 1960s. The courts and the Department of Justice have scaled back enforcement of desegregation goals, a trend that will likely get even worse under the Trump administration.

But there's new evidence that the old adage to think globally but act locally rings true on the issue of school desegregation. Two economists, Hugh Macartney of Duke University and John Singleton of the University of Rochester, published a paper this month in National Bureau of Economic Research illustrating that local school boards can do quite a bit to fight back against racial segregation. Getting involved with school board elections — voting in them, volunteering in campaigns or even running for office — is an excellent way for those interested in fighting racial inequality to make a difference on a local level.

The researchers looked at school boards in North Carolina, a Southern state that has been trending away from deep red to more of a swing state. (Although Donald Trump carried North Carolina in November, the state also elected a Democratic governor.) They found that the political composition of school boards had a measurable impact on reducing segregation in these school districts. Specifically, they found that electing more Democrats to school boards leads (perhaps unsurprisingly) to those boards working harder to desegregate schools.

"When you get a Democrat majority board," Macartney explained to Salon, "you find that those boards are basically decreasing segregation across schools, relative to the opposite."

They also found, Macartney explained, that electing new Democrats to a school board, even if they remain in the minority, leads to more desegregation activities. The effect was only felt on racial segregation, however, and not on economic segregation.

As a general rule, school board candidates don't run as members of political parties, but as Macartney put it, "I think voters tease it out." He and Singleton used voter registration forms to categorize the party affiliations of school board members.

Policies mandating racial segregation have been illegal for six decades, of course, but the phenomenon persists, Macartney said, because "people self-sort across neighborhoods" and that "that tends to promote segregation within schools."

Schools tend to drift toward increasing segregation over time, he said, which means that "maintaining the status quo [of integration] means you still have to be active in some sense," and the evidence suggests that “Democrats are going to go stronger at trying to achieve that objective.”

Macartney and Singleton's paper focuses on what Democrats can do and are doing to fight segregation, but there's reason to believe that conservatives long ago figured out that school boards have power — and they're using that power to resegregate schools. As Alvin Chang at Vox reported this week, there's significant evidence to show that as courts have gotten out of the school desegregation business, white people across the South have pushed for new to segregation the schools by slicing up districts into smaller mini-districts that separate students on a de facto racial basis.

Chang focused on the Jefferson County School District in Alabama as a representative of this trend. Eight smaller communities within the district have already seceded, forming their own heavily white districts that are separate from the more racially diverse Jefferson County district. Now a ninth, Gardendale, is trying to do the same.

"A look around at our community sporting events, our churches are great snapshots of our community," Chang reports one Gardendale resident wrote on Facebook. "A look into our schools, and you’ll see something totally different.”

Race is not mentioned overtly, but in the social context of that community, language like that makes it clear what's going on.

While Macartney and Singleton's research shows that more liberal school board members can counter this tide, they also found evidence that white resistance to desegregation is not easy to overcome.

All this can make the task of desegregation seem Sisyphean. School boards can draw district or zone boundaries to maximize racially diversity, but if they do so, they risk seeing white families move away, pull their kids out of school, or, as Chang's reporting shows, even create smaller, separate districts that serve predominantly white neighborhoods.

Macartney agreed that the process is challenging, but emphasized that the main takeaway from his and Singleton's research is that school boards matter.

“To the extent you care about school quality and you have preferences as a voter, you can exercise your rights by voting for school boards," he added. He pointed out that the more desegregated districts there are, the harder it will become for white-flight-oriented families to find segregated school districts to move into. So working on the local level isn't hopeless.

"We conclude that, in the field of public education, the doctrine of 'separate but equal' has no place," Chief  Justice Earl Warren wrote in the 1954 Brown v. Board of Education decision. "Separate educational facilities are inherently unequal."

It's as true today as it was then. Evidence shows that segregation in schools lowers levels of academic achievement, especially for black and Hispanic students. Desegregating public schools in practice is a complex problem that will take decades of work to achieve, but it won't happen at all if people won't put in the time and effort. The good news is that one of the best tools we have is close to home: The local school board.