The courage of Susan Collins 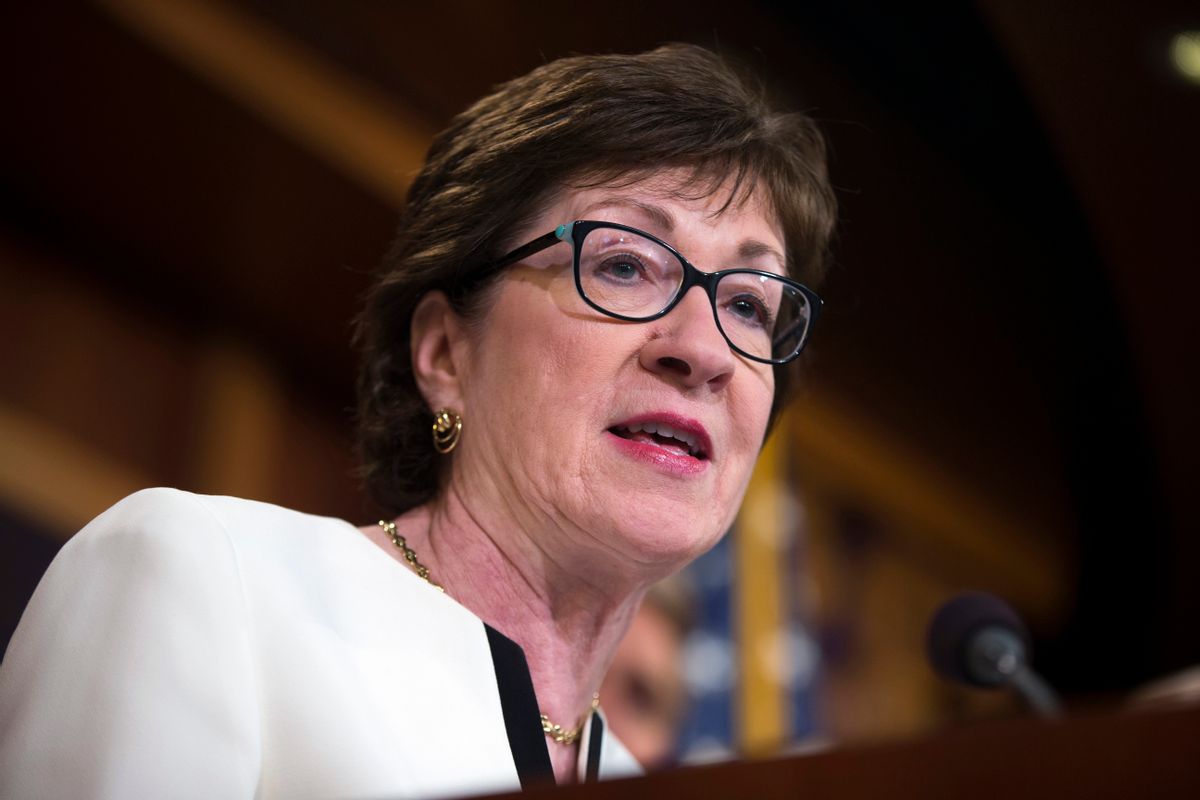 As Republicans' last-ditch proposal to drastically change the American health care system failed, much of the political world's attention was on Arizona Sen. John McCain for casting the decisive vote against the party's "Health Care Freedom Act." But the person who did the most to thwart the drive to roll back health coverage is actually Maine Sen. Susan Collins.

It is probably true that some other Republican senators wanted to vote against the GOP's health care bill. Several others, including South Carolina's Lindsey Graham, Louisiana's Bill Cassidy, and Wisconsin's Ron Johnson held a press conference just hours before the hastily crafted "skinny repeal" measure was voted on, in which they called the GOP's last effort a "disaster" that should never become law. Nevada Sen. Dean Heller, the most vulnerable Republican up for re-election this year, has repeatedly denounced his party's desire to kick millions of people off of Medicaid in order to save enough money to offset a massive tax cut for investors. West Virginia Sen. Shelley Moore Capito repeatedly expressed concern about Medicaid recipients as well.

In the end, however, all of the above senators still voted for the bill. Only Alaska Sen. Lisa Murkowski joined Collins and McCain in opposing the legislation. Both Murkowski and McCain deserve credit for halting the GOP's abusive legislative process in which they tried to remake one-sixth of the nation's economy without holding a single public hearing or consulting with any of the many organizations that deliver medical care.

And their process only became more hasty as time went on. Having repeatedly failed to garner enough votes for his Better Health Care Reconciliation Act, the Republicans' Senate leader, Mitch McConnell, began trying to rush his members even more, encouraging them to vote for his stripped-down "skinny repeal" measure — not because they thought it was a good piece of legislation, but merely to advance the bill and further the process.

Throughout the entirety of 2017, Collins stood resolutely against the GOP's urge to placate its anti-government billionaire donors by passing legislation that was historically unpopular with the public at large. Even before President Donald Trump began his term, the Maine Republican had the courage to stand athwart history telling her party to stop trying to take away people's health care. Collins is literally the only GOP senator currently serving who declined to support the party's numerous sham votes against the Affordable Care Act while Barack Obama was still the president.

Some people might argue that Collins has no real fear of a far-right opponent in a Republican primary election. But that assumption is based on an ignorance of Maine's politics. It is by far the most conservative Northeastern state. The fact that Maine has been governed by bilious gasbag Paul LePage since 2011 testifies to this fact.

For her efforts on behalf of centrism within a GOP that has become infected with talk radio mad cow disease, Collins has become the subject of immense opposition and sexist attacks from fellow Republicans over the years.

Just during the recent debate over Trumpcare, Collins was dismissed as a "female senator from the Northeast" by Texas Rep. Blake Farenthold, who also said that he would challenge her to a pistol duel if she were not a woman. Collins (and Murkowski) were also threatened with physical violence by another GOP member of Congress, Rep. Buddy Carter, who said in an MSNBC interview that "somebody needs to go over there to that Senate and snatch a knot in their ass," a Georgia regional slang expression that means to badly beat someone up.

Certainly, Murkowski, McCain, and the many activists who spoke out against Trumpcare deserve credit for their efforts but ultimately, Collins' refusal to allow her party to play political sleight-of-hand with people's health insurance is the main reason why the discussion in Washington is now about improving Obamacare, rather than eliminating it.