Amazon's new drama "The Last Tycoon" captures the gorgeous look of the 1930s, but neglects to give its story a soul 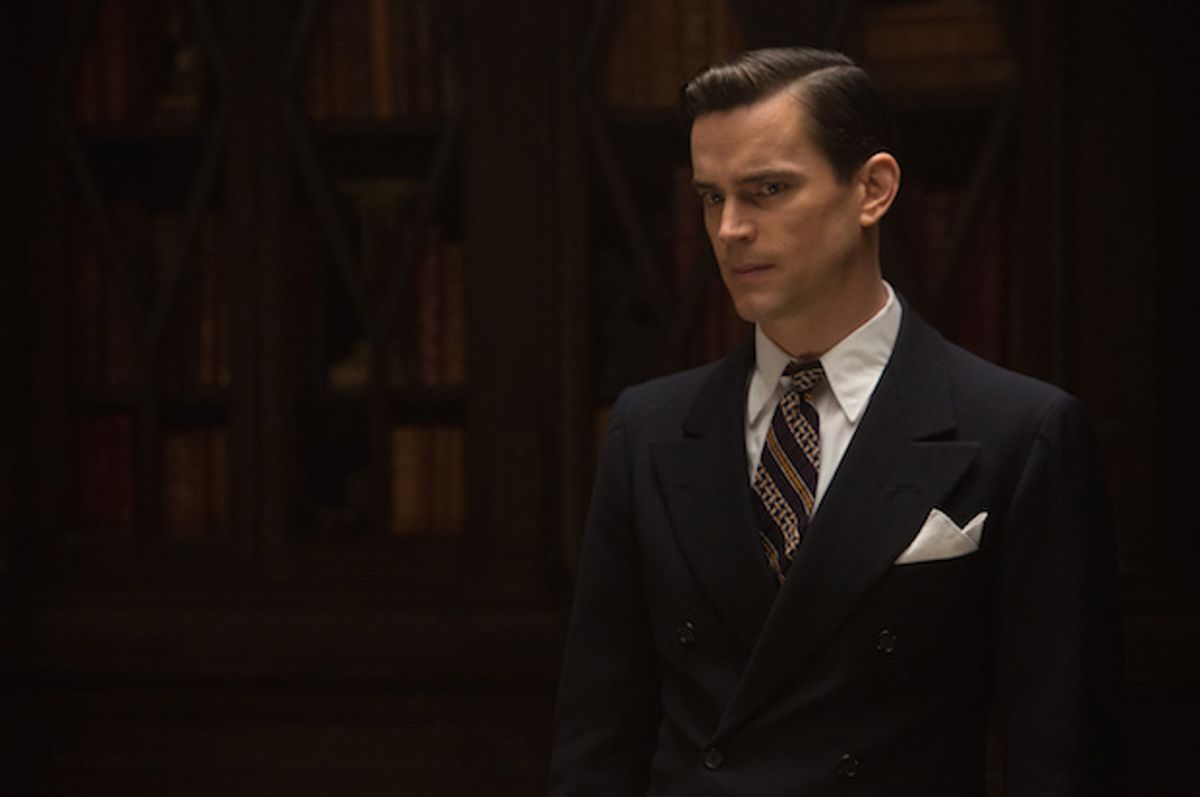 Matt Bomer as Monroe Stahr in "The Last Tycoon" (Amazon)
--

Amazon’s “The Last Tycoon,” released Friday to Prime subscribers, drapes everything in satin and pearls. Even suits on its leading men Matt Bomer and Kelsey Grammer are crisp, impeccably tailored, lush. F. Scott Fitzgerald’s vision of the 1930s, rendered in his final unfinished novel “The Love of the Last Tycoon,” serves as the basis for the streaming service’s series, and given the author’s fondness for opulent settings and lush living, a show like this could not be effectively realized without soaking everything in romance and nostalgia, even the ugly parts.

From a business point of view, serving up “The Last Tycoon” is a smart way to cut through the summertime clutter if only to get people to talk about the service. Hollywood’s Golden Age is a seductive cultural siren even in this era of convenience, CGI trickery and lightning-paced production. Cinema of the 1930s was no less dominated by artifice, but it wore a luxe glow sadly missing from today’s television series and films.

The visuals alone in “The Last Tycoon” are mesmerizing; aesthetes can see the painstaking attention to detail with its set design, lighting and costumes. This stylistic feast frames outstanding performances by its cast -- not just from Bomer and Grammer, but Lily Collins, Rosemarie DeWitt and Jennifer Beals, whose chameleonic portrayal lends a necessary poignancy to a storyline propped up by the artistry enveloping it.

Leading with glamour is what Hollywood does, of course, but looks alone aren’t enough to definitively carry nine episodes of drama and buy a viewer’s patience. There’s an adage that a TV series make its stars, not the other way around. “The Last Tycoon” exemplifies that.

However, if that old Hollywood idea that stars can make a picture somehow applies to this series on an hour-by-hour basis, Bomer’s wunderkind producer Monroe Stahr does provide a person plenty to enjoy in slices. As developed by screenwriter Billy Ray, who penned the pilot, Stahr is a man in love with the movies and in mourning for the wife he recently lost. She just happened to be the top starlet at Brady American, a production studio where Pat Brady (Grammer) toils that is struggling to stay in business in a market hungry for escapism but drained by the Depression and hovering on the brink of war.

Stahr loyally serves his boss Brady, but Brady envies his protégé’s talent and desirability and brazenly wields what clout he has to bed the women he desires. The studio king exemplifies the chauvinism, machismo and casual bigotry of the time and place. Grammer pours an abrasive gruffness into the character, but tempers it with a warmth that makes Brady a curiously appealing figure  nevertheless. When forced to confront the ramifications of his abusiveness, his Pat Brady displays a measure of empathy.

And yet Bomer’s Stahr is the more enigmatic of the two “Last Tycoon” leads, a figure likely to draw comparisons to “Mad Men” lead Don Draper due to his near-religious belief in the magic of filmmaking and its power to speak to the human experience.

Natural parallels with AMC’s signature period piece abound, including the two faces its characters wear in order to succeed and to survive. “The Last Tycoon” also takes a soft swipe at addressing issues of racial discrimination, mainly through Stahr’s handling of his Jewish heritage, which he masks to help him maintain his position among the town’s major players, even as Germany’s Nazi regime increases its insistent influence. Brady casually makes racist jokes and tosses off epithets in front of his subordinate, but Stahr lets them roll off of his back, playing the long game in a town that rewards youth and beauty.

And the younger producer’s quality of standing out even as he blends in endears him to those in his orbit who adore and desire him in equal measure, including Brady’s ambitious daughter Cecelia (Collins), whose aspirations are higher than simply being a Tinseltown princess.

Cecelia wants to wield her father’s level of authority and cultivate Stahr’s eye for uncovering brilliance. She also realizes he’s “the only person in this whole phony town who actually behaves like the men in the pictures,” and that gives him a unique appeal and leverage among the other men who pull the strings in Hollywood.

The flaw in this visual and stylistic gem, however, is that the plot beneath all this polish does not contain much in the way of human significance or honesty for a viewer to grab onto.

Collins’ Cecelia is designed to be the populist within the Brady household, inserting herself among the skilled laborers in her father’s company to develop empathy for the less fortunate in this world. The subplot feels contrived, although the fault does not lie with Collins who, like every other member of the cast, does her absolute best with shallowly written slices of character and story development.

Perhaps this is the flipside of that rigorousness from which the vision of “The Last Tycoon” benefits. In a quest to get every wisp of atmosphere specific to the era just right, the writers conformed too closely to a notion of how people in this era are supposed to sound and how action is supposed to unspool, and neglected to breathe spirit and soul into the script. Without such ballast, “The Last Tycoon” falls shy of meaningfully moving the viewer in a way that rouses a desire to see what happens next.

Regardless of this, "The Last Tycoon" may have legs. Streaming services such as Amazon are loath to cancel their series, especially projects wrapped in the fabric of prestige programming. And remember, Fitzgerald never wrote an ending to his story, which leaves the way open for many new chapters. The producers of “The Last Tycoon” may yet find a way to give its plot the same level of passion and integrity that they so keenly emphasized in its look. But they'd best hurry: The cruel truth about Hollywood and glamour is that audiences get used to beauty very quickly. As its initial impact wanes, so fades our obsession.