"The Problem with Apu": A new documentary studies "The Simpsons" character's minstrel-style racism 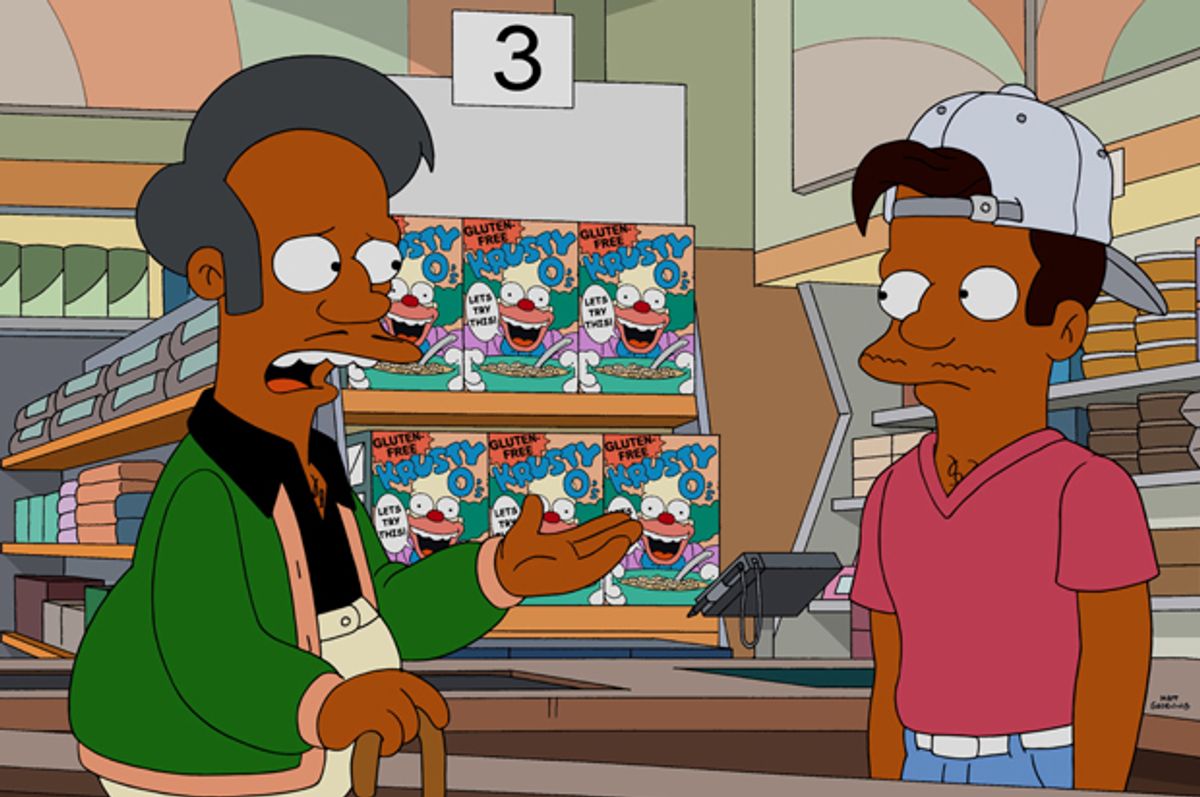 If you were to attempt to name all of the offensive characters in "The Simpsons," you'd probably lose track after season five. However, no character has a more controversial legacy than Apu Nahasapeemapetilon, the heavily accented Indian Kwik-E-Mart owner and father of octuplets.

Comedian Hari Kondabolu is taking on this sordid character in his new documentary, "The Problem with Apu." The networks says the film allows him to confront "longstanding 'nemesis,'" after ignoring his presence for 28 years. Kondabolu — who is of Indian heritage — tackles the troubling defense of Hank Azaria, the white man who voices Apu.

"Through this comedic cultural exposé, Kondabolu questions how this controversial caricature was created, burrowed its away into the hearts and minds of Americans and continues to exist," the trailer announcement says.

In the trailer, Ambudkar points to the environment Apu created for people of Indian heritage."'The Simpsons' stereotypes all races. The problem is, we didn't have any other representation."

In a poor attempt at defending the character, Gould tells Kondabolu, "there are accents that — by their nature — to white Americans sound funny. Period."

But perhaps the most poignant issue the film works to discuss is the character's blatantly racist existence. "Does Apu count as a minstrel," Kondabolu asks Whoopi Goldberg, "since it's brown paint, a white guy's voice?"

To answer that question, yes. Yes he does.

Watch the trailer for "The Problem with Apu" here.