Trump, already half a cartoon, is getting his own animated series 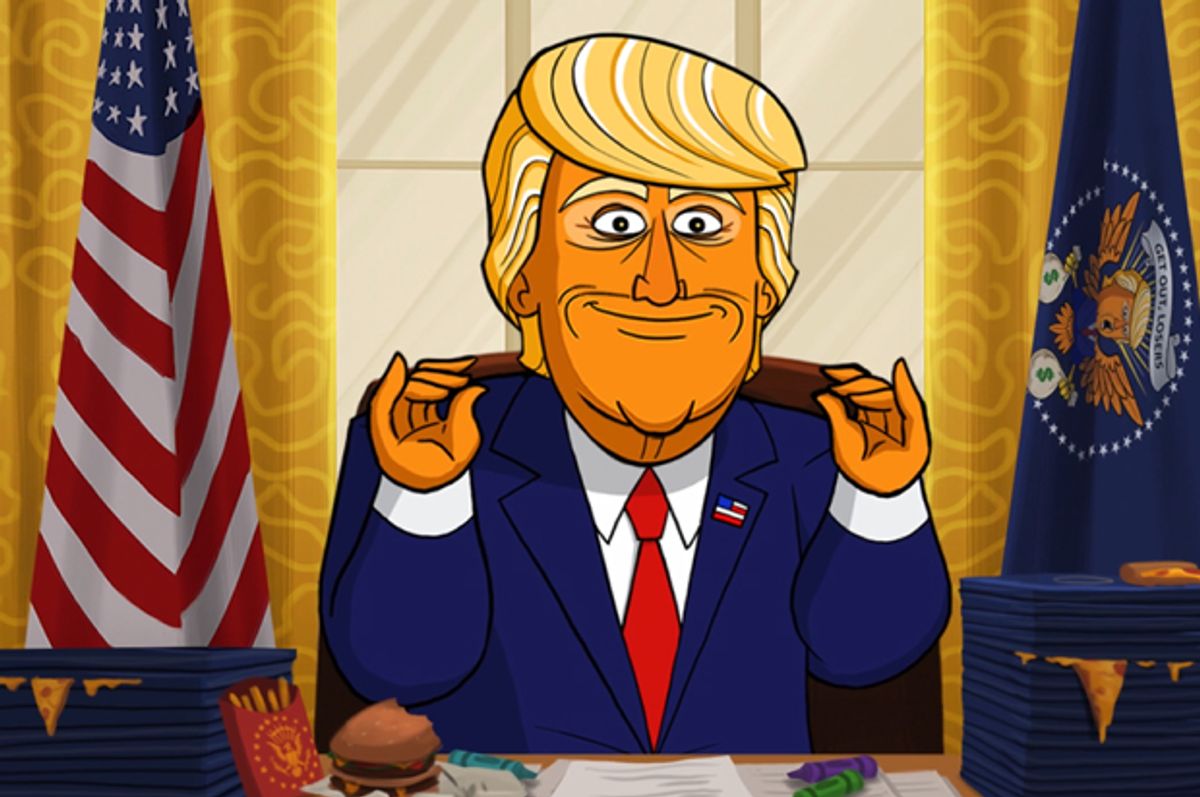 President Trump will soon appear on your television more often — but don't worry, its solely for your entertainment. "The Late Show" host Stephen Colbert has teamed up with Showtime to bring an animated series about Trump's presidency, the network announced Thursday.

The 10 episode series will look into the lives of Trump and his family as they journey through the first year of his presidency. The network describes the show as a "fresh, cutting-edge comedy," that will present the "tru-ish adventures of Trump’s confidants and bon vivants — family, top associates, heads of government, golf pros, and anyone else straying into his orbit — intrepidly exploring their histories and their psyches, revealing insights into what makes them so definitively Trumpian." According to Showtime, "it’s a workplace comedy where the office happens to be oval; it’s a character study in search of character, as seen through the eyes of an imaginary documentary crew."

“I know a lot of people wanted to do this, and I’m honored that the Cartoon President invited our documentary crew into his private world. I’ve seen some of the footage, and I look forward to sharing the man behind the MAGA,” Colbert, the executive producer of the series, said in a statement.

“Stephen and Chris have an uncanny genius for deconstructing the world of President Trump, and this series opens a new realm for them,” said David Nevins, Showtime's president and CEO. “Their vision will produce a comedy that makes waves, gets attention, and plays great on our networks, including our streaming service.”

The new series follows Colbert's first venture into satirical animation where he debuted "The Making of Donald Trump" during his election-night special. The short skit mocked Trump's rhetoric and anger — and even his small hands.

The untitled series does not have a premiere date but will debut sometime this fall. In the meantime, watch "The Making of Donald Trump" here.