WATCH: Indie-rock band Algiers on the comeback of protest music in the Trump era 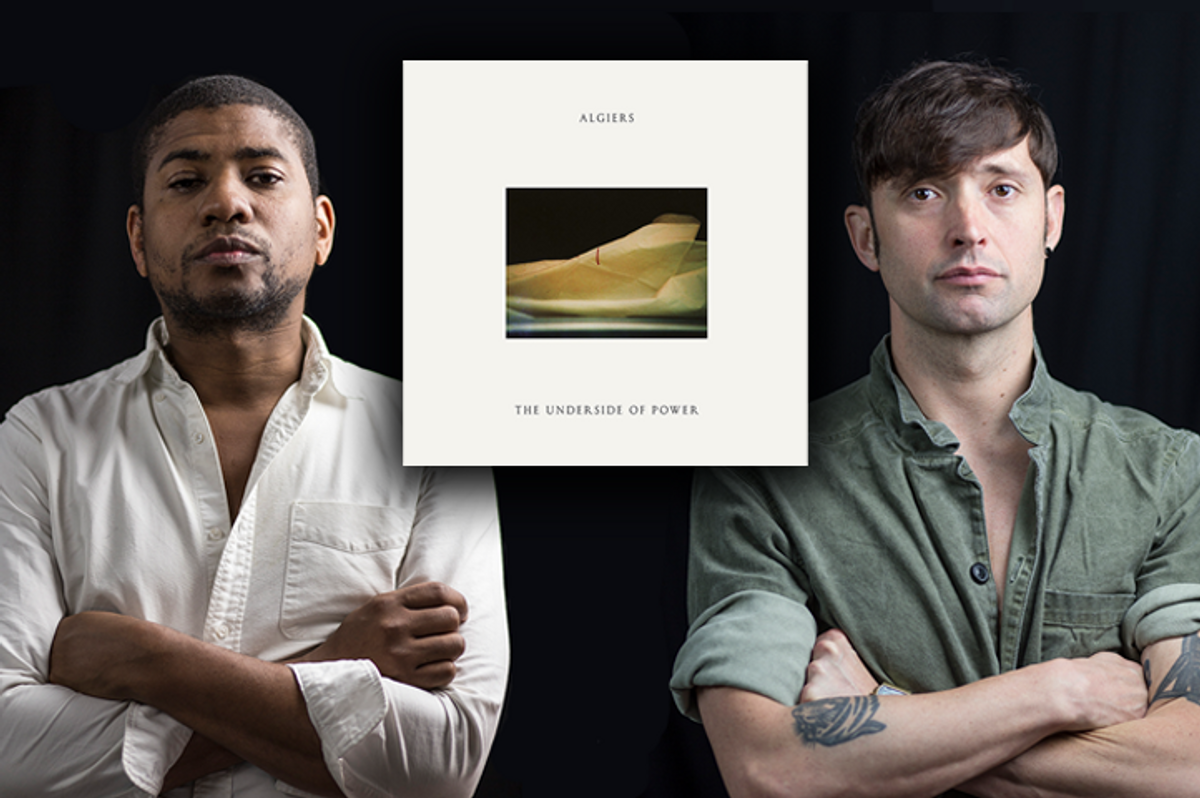 Protest music is making a comeback in our highly politicized era, and the indie-rock band Algiers is at the forefront of this return to an aesthetic that was popular in not just the 1990s, but also the '60s and even the '30s.

The band — which has a sound that combines hard rock, New Wave, grime, hip-hop and soul — is touring behind its second record, “The Underside of Power,” released by Matador Records. For Salon Talks, singer Franklin James Fisher and bassist Ryan Mahan discussed the reasons that political statement is a major part of their musical expression.

On the commingling of political expression and other forms:

Fisher: The four of us started this band as a way of processing the world as we experience it, and on terms that make sense to us. We’re just kind of reflecting this sort of language that we’ve forged, as a coping mechanism to engage with the absurdity of the current political situation that has been been for the past several decades, at least. People read into a lot of things that we do. Some people get it. Some people don’t. It’s an ever-evolving, growing, changing organism. We don’t always understand it completely.

On the impact of history on their music:

Mahan: It was borne out of a collective sense of frustration, a shared sense of frustration. Growing up in the South and coming to terms with deplorable history there and the violent racism that sort of embeds in the foundation of law and order in the South and in the United States, really was a point of frustration. And the fact that we were atomized and people in power and elites actually do everything they can to divide us on racial lines, on gender lines, on class lines. I think that’s one thing we would like to express, is this [idea] of coming together and collectivity.

On how music can humanize a political message:

Fisher: I think it’s important to emphasize this idea of reclaiming what is human and bringing that back into the politics of all this post-industrial, you know, postmodern experiment that is ever-decaying and is failing.