Priebus has shown loyalty since he was ousted from the White House, but that good will only earned him blackmail 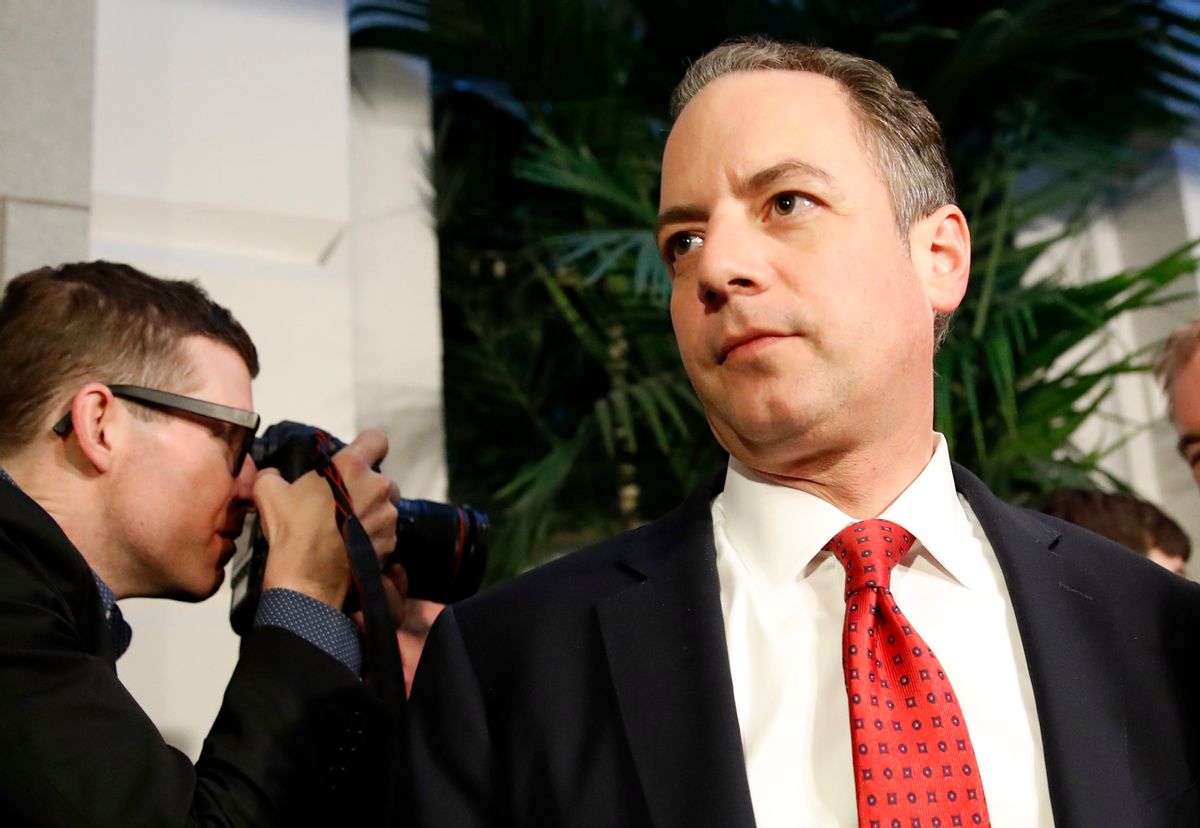 The toxic relationship between Reince Priebus and Anthony Scaramucci took an ugly turn Sunday morning when a confidant of Scaramucci threatened to release damning info on Priebus.

Arthur Schwartz, a GOP operative who has been described in media reports as a "rep" for Scaramaucci, wrote a series of now-deleted tweets in which he tried to blackmail Priebus' silence. Schwartz offered no proof to back up his baseless accusation regarding a mistress.

He was responding to a Huffington Post story that reported that Priebus was suspicious of Scaramucci's business dealings and apparently made those concerns known to President Donald Trump.

Priebus then told Trump that he felt Scaramucci had been offered too much for SkyBridge by HNA Group. The deal, he implied, smelled bad — as if the Chinese might expect favors from within the administration for that inflated price. The source also said that Priebus mentioned there was email traffic between Scaramucci and the Chinese proving this.

The public backstabbing that has arisen from this White House has only gotten worse ever since Trump announced Scaramucci as his new White House communications director. Not even a week into his new role, Scaramucci called Priebus a "fucking paranoid schizophrenic, a paranoiac” in an ill-judged interview with New Yorker's Ryan Lizza.

Apparently those harsh words were not enough. Now Priebus is hearing it from a close associate of Scaramucci. Schwartz immediately denied Sunday that he was Scaramucci's publicist, and threatened to sue anyone who called him as such.

But investigative reporter Christina Wilkie found that Schwartz had recently called a cartoonist to demand a correction on Scaramucci's behalf.

Schwartz already seems to be regretting his ugly tweets.