Is this Trump's worst-ever Twitter move? Threatening Congress could become an epic disaster

In a new tweet-burst, Trump threatens to cut off health care for Congress and staffers. Let's see how that works! 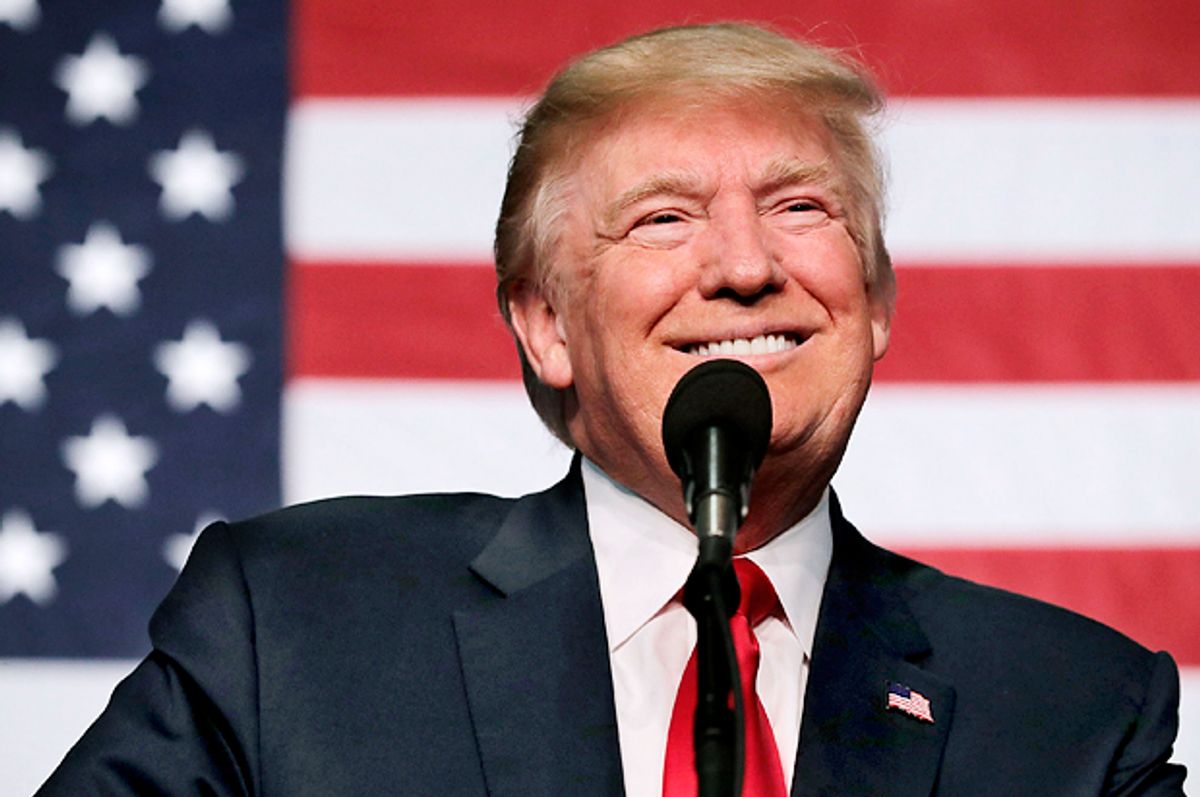 President Donald Trump declared war on Congress this past weekend: both parties and both chambers, and including modestly paid Capitol Hill staffers. Not only that, he threatened to unilaterally rescind subsidies to help low-income Americans pay their health insurance premiums, potentially stripping millions of Americans of their coverage. In a Saturday tweetgasm, the Mad King blurted from his porcelain throne:

The “bailout for Insurance Companies” is Trump’s obnoxious shorthand for what Reuters described as “$8 billion in cost-sharing reduction subsidies paid by the federal government to insurers to lower the price of health coverage for low-income individuals.” In other words, if you and your family earn less than 400 percent of the Federal Poverty Level (FPL), the government helps you pay your premiums. Given that health insurance coverage is now mandated by the government and given that uninsured Americans tend to drive up health care costs, premium subsidies are both fair and fiscally responsible.

The "bailout for Congress” is more complicated, but the fact that Trump threatened to kill it with fire ought to both infuriate and ostracize members from both sides of the aisle (more about this presently). Trump is engaging in clear extortion in order to further pursue his maniacal obsession with repealing the ACA, despite Senate Majority Leader Mitch McConnell’s declaration that it’s “time to move on.”

Let’s review. Several years ago, former House Speaker John Boehner and former Senate Majority Leader Harry Reid led a bipartisan group of congressional lawmakers to the White House in order to convince President Obama to continue providing a salary benefit for members of Congress and their staffers. Obama acquiesced to their request for the Office of Personnel Management (OPM) to continue its decades-long practice of providing health insurance premium-sharing as a benefit for any members who choose to have employer-based insurance coverage.

Until 2013, members were covered under the same government employee health plan as all other federal workers: the Federal Employees Health Benefits (FEHB) program. Briefly put, it’s the public-sector equivalent to the employer-based health coverage most Americans receive through their private sector full-time jobs. As of 2013, though, a seldom-discussed amendment to the Affordable Care Act (ACA), proposed by Republican Sen. Chuck Grassley, went into effect, requiring that all members of Congress and staffers who wanted to continue their employer-based health coverage purchase their plans through the District of Columbia’s marketplace, established through the ACA. However, the Grassley amendment didn’t include any provisions for continuing FEHB’s premium-sharing, under which the government pays 72 percent of the health premiums for members and staff. Again, that isn’t out of the norm given that most full-time workers in America receive a similar benefit through their jobs.

This brings us back to Boehner, Reid, Obama and the OPM. Per the request of Congress, Obama ordered OPM to write a new rule allowing members and staff to continue receiving the premium-sharing salary benefit, ported to the D.C. exchange. Without the rule, Hill employees and their bosses would face a massive pay cut. Obama’s rule solved that problem, but no good deed goes unpunished: Republicans almost immediately began framing the benefit as an “exemption from Obamacare,” making it appear as if Congress was exempt from the entire law.

This, of course, was a whopper lie given that Congress was mandated by law to buy insurance through the Obamacare exchange if its members and their employees wanted employer coverage. Members and staffers can buy insurance through whatever means they choose, but premium-sharing is only provided if employer coverage is chosen. According to a 2013 tally by the Washington Post, libertarian-leaning Sen. Rand Paul of Kentucky, a longtime advocate of Obamacare repeal, purchased his insurance through the D.C. exchange while receiving the premium-sharing benefit.

Trump, whose White House staffers are likely covered through FEHB, complete with premium-sharing benefits paid by taxpayers, is directly and explicitly blackmailing Congress. Sen. Chris Murphy, D-Conn., tweeted in response: “This is a clear threat to Congress: pass my health bill or as punishment I will end health care for you, your staff, & your constituents.” It’s difficult to fully illustrate how dumb and terrible this is -- not like that's something brand new. The “terrible” part is self explanatory: Trump is using the lives and livelihoods of millions of American citizens, including members of Congress, as a cudgel to get what he wants. And we shouldn’t be particularly shocked when he follows through.

Trump continues to make confoundingly stupid decisions: The executive branch has become a kakistocracy -- government run by its most unqualified and corrupt occupants. See also “Idiocracy.” By threatening Congress from a position of utter weakness (38 percent approval rating, via Gallup), the president is not only crippling his own legislative agenda, he’s making enemies out of allies. At some point, and hopefully it's soon, his entire presidency could come down to a congressional vote. In the near term, he needs all the friends he can muster without anything to offer in return.

Worse yet, former intelligence officer and MSNBC analyst Malcolm Nance reported on the syndicated Stephanie Miller Show last week that most of the leaks that so enrage the president are coming from Capitol Hill, not the intelligence community. Either way, Trump’s berserker lack of discipline, his uncensored blurts and "Fox & Friends"-inspired tantrums will only serve to accelerate the flow of damaging anti-Trump leaks, while augmenting the ranks of his enemies at the southeastern end of Pennsylvania Avenue.

Trump thinks that Congress, and indeed, the entire federal government, works for him. In the real world, every new day and every fresh bout of explosive social-media diarrhea further isolates him. He thinks his chaotic flailing makes him more popular, but the exact opposite is true. He still hasn’t learned that he’s not the boss of the nation, no matter how loudly he stomps and screams. If this latest episode ends up being the tipping point, he only has himself to blame.