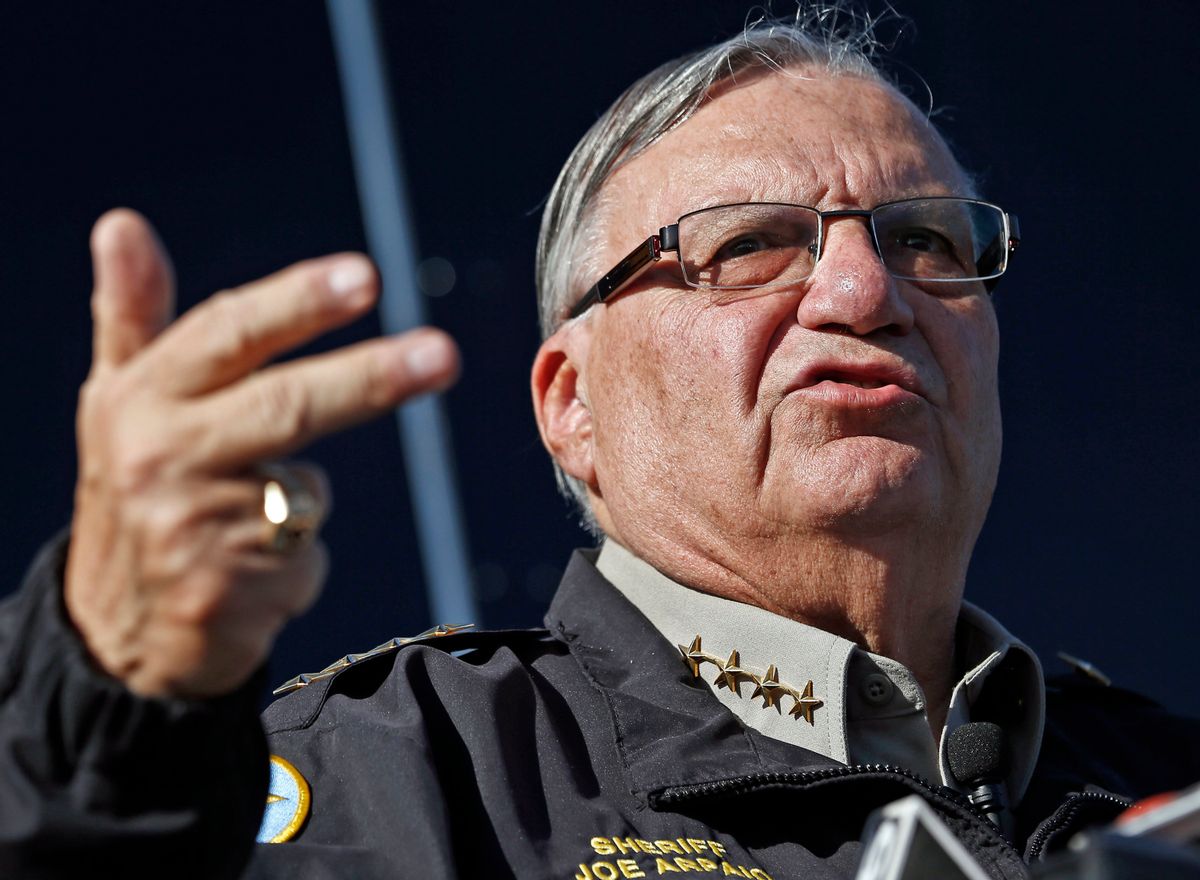 Joe Arpaio, the former sheriff of Maricopa County in Arizona, has been found guilty of criminal contempt of court.

Under Arizona law, Arpaio could face up to six months in jail, though it is unlikely that he may be forced to serve time given his advanced age of 85.

Were Arpaio jailed, however, it would certainly be a reversal of fortune for him. He rose to national prominence during his sheriff tenure for his harsh treatment of inmates, including a prison that he set up in 1993 which he proudly called a "concentration camp."

The retired sheriff was found on Monday by U.S. District Judge G. Murray Snow to have violated a court order to temporarily cease making immigration-related arrests after he was sued for racial profiling.

The arrests were made under an initiative Arpaio established in 2010 which expanded enforcement of immigration laws. He also enlisted the help of washed-up actors Steven Seagal, Lou Ferrigno, and Peter Lupus in his efforts.

Arpaio acknowledged that he had continued the patrols, but his defense argued that the judge's ruling was too vague to be enforceable.

In his ruling, Snow argued that Arpaio willfully disobeyed the court because he believed the patrols would be helpful to his 2012 re-election campaign.

Arpaio has been involved in a number of controversies during his decades of public service. In 2008, Maricopa County had to pay over $1 million to a man that Arpaio's deputies had set up in 1999 for a fake assassination plot against the sheriff. The man, James Saville, was found innocent of all charges on grounds of entrapment, but Arpaio was re-elected shortly after the verdict was announced in 2004, despite court testimony and records showing that deputies had literally purchased the bomb parts with Arpaio's money.

More recently, Arpaio, who was voted out of office in 2016, became infamous for his obsession with the "birther" conspiracy theory involving former president Barack Obama. He also became one of the earliest elected Republican officials to support President Donald Trump during his bid to capture the GOP nomination.