Study: Despite "Hidden Figures," "Get Out," "Moonlight," Hollywood is ignoring minorities 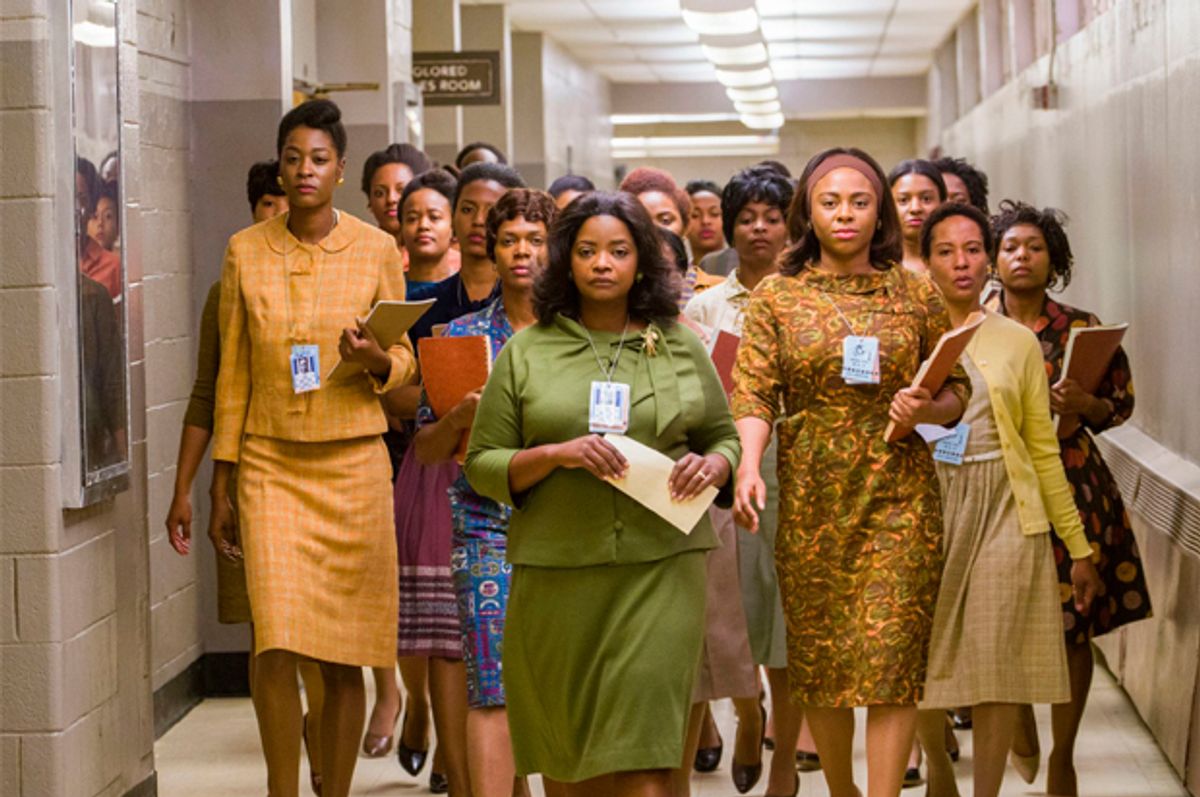 A report from the Media, Diversity, & Social Change Initiative at the University of Southern California's Annenberg School for Communication and Journalism finds that the representation of women, minorities, LGBTQ individuals and disabled characters in film remains scarce compared to the presence of straight, white men, even though there seems to be an increased awareness of diversity. According to the study, the groups most disproportionately underrepresented are women, Hispanics and the disable.

Since 2007, the nine year study has examined the character makeup of films by analyzing those with speaking roles from each year's 100 highest-grossing films, while adding in behind-the-scenes roles including directors and producers.

Without surprise, men have continued their reign in film. In 2016, USC found that out of the 4,583 speaking roles analyzed, only 31.4 percent were female — a number that has seen little change since the study's origination in 2007. Additionally, of the 100 films studied, 34 featured a female lead or co-lead, of which only three were not white.

"Every year we're hopeful that we will actually see change," Stacy L. Smith, the study's lead author, told the Associated Press. "Unfortunately that hope has not quite been realized."

While comparing the race of characters in film with that of the demographics of the United States, the study shows Hispanics are underrepresented by the largest margin. Of all the speaking roles examined, 70.8 percent were white; 13.6 percent black; 5.7 percent Asian; 3.1 percent Hispanic; and less than 1 percent American Indian, Alaska Native or Native Hawaiian.

The study also includes an "invisibility breakdown" which studied how many films cast people of color. The results are shocking: 25 films did not feature a black character, 54 films had no Hispanic characters — which increased by 14 since 2015 — and 44 had no Asian characters.

"We can't just talk about females in film anymore. What our data shows most powerfully this year over any other year is the real epidemic of intersectional invisibility in film," Smith said. "If you cross gender with race and ethnicity, you see that the bottom really drops out for females of color on screen." Black women were featured in 53 films, while Asian women were featured in 34 and Hispanic women in only 28.

The study also finds that LGBTQ females were largely excluded in film. In 2016, they were only cast in nine of the films examined. However, there was an increase of gay roles within film. The study found gay characters with speaking roles increased from 19 to 36 but did not feature any transgender characters. The majority of those roles — 79.1 percent — were filled by white actors.

Additionally, the USC study examined characters with disabilities for the second year in a row and found only 2.7 percent of speaking characters were disabled, despite them making up nearly 19 percent of the U.S. population.

Behind-the-scenes positions proved to be even more exclusive. In 2016, there were only five female directors out of 120 — none of which were black.

In their report, USC even offers modes of change to battle the ever-present underrepresentation of women and minorities. They suggest adding five female speaking parts to every top film and encouraging actors to add equity clauses to their contracts.

"Diversity is not just something that just happens," said Katherine Pieper, a research scientist at USC. "It's something you have to think about and aim for as an objective and achieve."