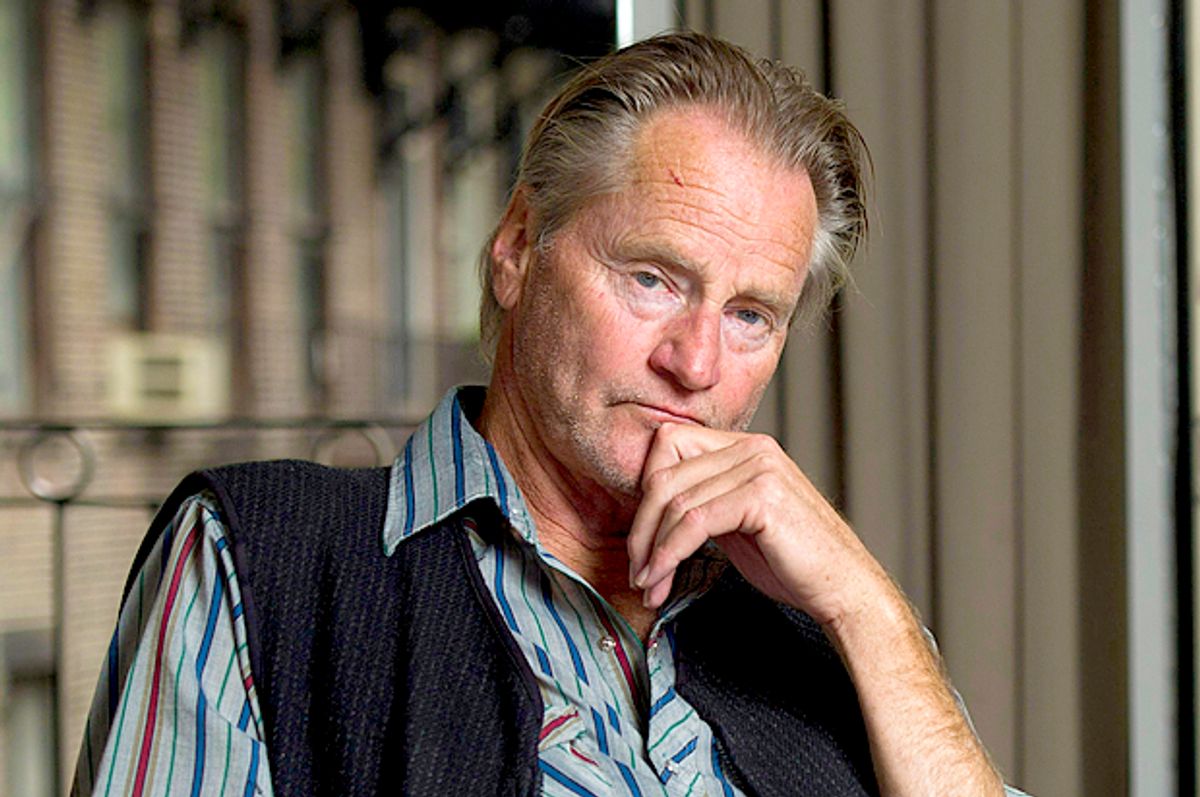 Pulitzer prize-winning playwright and actor Sam Shepard has died at his Kentucky home. According to statements, the cause was amyotrophic lateral sclerosis, also known as Lou Gehrig’s disease or ALS. He was 73.

Over 56 years of work, Shepard, born Samuel Shepard Rogers III in Fort Sheridan, Illinois, crafted a remarkable, unique career that saw him earning a lasting legacy as an avant-garde playwright and a longstanding career as an actor in big-budget Hollywood productions.

In his first decade of works for stage, Shepard won Obie Awards for confrontational, arresting productions including "Icarus' Mother," "La Turista," and "Melodrama Play". Over time, he would win a total of 12 Obies, a Pulitzer for "The Buried Child," a Drama Desk for "A Lie of the Mind," and dozens of other honors.

Overall, he was one of the more productive and esteemed playwrights of his generation, offering up over 40 works for stage of various lengths and formats. His first, "Cowboys" premiered 50 years before his last, 2014's "A Particle of Dread (Oedipus Variations)". Throughout, he maintained a unsparing, sometimes upsetting tone, though one that always drew interest and sparked thought even when it surfaced in less worthy works.

Rugged, handsome and a talent on stage as well as off, Shepard also found rare and perhaps surprising success in a world almost as far away from the off-Broadway avant-garde theater as one can get: Hollywood.

From his first on-screen appearance, in 1970's "Brand X," Shepard would amass a collection of over 65 roles, always trading on his stoic presence and gruff, but sensitive, delivery. The in the best examples — "The Right Stuff," "Days of Heaven," "Voyager" — his performances were indelible, iconic, classic. Even in lesser projects — "Stealth," "Bandidas," "Swordfish" — he offered a gravity few stars could. He's also noted for his recent turns in "Blackhawk Down," "The Assassination of Jesse James by the Coward Robert Ford," "August: Osage County," "Boodline" and "Blackthorn".

Shepard's brush with film extended to scriptwriting. He paired with Michelangelo Antonioni for 1970's generational touchstone "Zabriskie Point," worked with Wim Wenders on 1984's "Paris, Texas," and many of his stage works were adapted for short films, TV movies or the big screen. Behind the camera, he directed 1988's "True North" and 1993's "Silent Tongue," the last film River Phoenix completed before his death.

Throughout all his various works and appearances, Shepard established a (perhaps unwanted) iconic status. Attractive and rustically  "all American" in a way that seemed stolen from a Dorothea Lange photo, yet a cultural renegade, Shepard offered a certain weathered appeal to members of his generation and beyond.

Striking the contradictory image of a ragged homesteader with a worn copy of "Sonnets to Orpheus" in his back pocket, Shepard appeared the dream of the Beats realized in a form built for a Marlboro ad. Many things to many people, he played all the notions and expectations others attached to him to good ends, leaving his mark on the big screen and on the stages of tucked away black-box theaters in a career and life like none other.