How R. Kelly may be paying a financial price for those "Sex Cult" allegations

While the singer and producer denies the claims, they may be having an effect on his bottom line 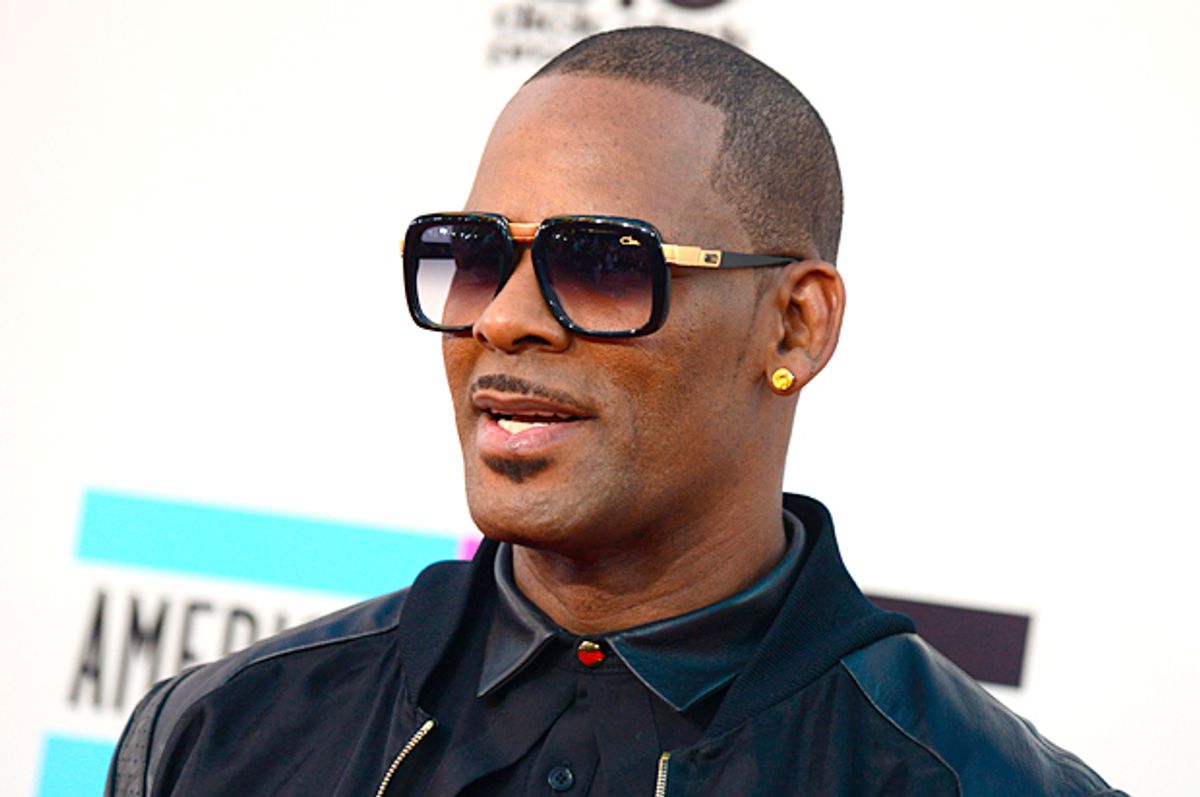 Following Buzzfeed's mid-July publishing of an accusatory article by journalist Jim DeRogatis and the public reaction to it, singer and producer R. Kelly has cancelled a number of stops on his "After Party" tour.

TMZ reports that representatives for the musician say that a show in Dallas, another in Los Angeles and two in Louisiana have been scrubbed from the 10-show tour due to "poor ticket sales" and "a scheduling conflict". That said, seats for upcoming performances in Atlanta, Detroit and Memphis remain available.

The same site also reported that recent concerts by the "Trapped in the Closet" singer have been sparsely attended.

If true, it marks the first sign that R. Kelly may be starting to pay an observable financial price for the allegations attached to the Buzzfeed article. Kelly, who has toured for decades and remained a strong draw at his own shows and festivals, has benefited from live performances as his overall album sales have plateaued — something many long-running acts experience as they shift from new to classic status.

A bombshell of sorts, the article by DeRogatis — who has long investigated and reported on Kelly's alleged sexual misdoings and possible crimes — alleged that the singer maintained a "sex cult" of young women in various residences throughout the country. The women, DeRogatis claimed, were bullied and coerced into near slave-like conditions with Kelly determining everything from when and how they can leave the house, contact their families, bathe, go to the bathroom and eat. Sex with Kelly on his terms, DeRogatis contends, has become their sole focus. "Re-programing" the writer called it.

Kelly, who has had a long history of disturbing claims of coercive sex attached to him in reports from DeRogatis and many others, did not fare well in the traditional or social media after the Buzzfeed article. While he denied the claims through representatives and personal statements and at least one of the women described in the report has backed up Kelly's side of the story, both columnists and some fellow hip-hop artists have scorched the singer over the claims.

Regardless, some fans and fellow artists seemed to defend Kelly at first. Yet, if recent ticket sales are any barometer, his support among his own fanbase may not be as deep or substantial as perhaps initially thought.