House Speaker Paul Ryan rallies support for the Mexico border wall with a PR tribute, and not legislating 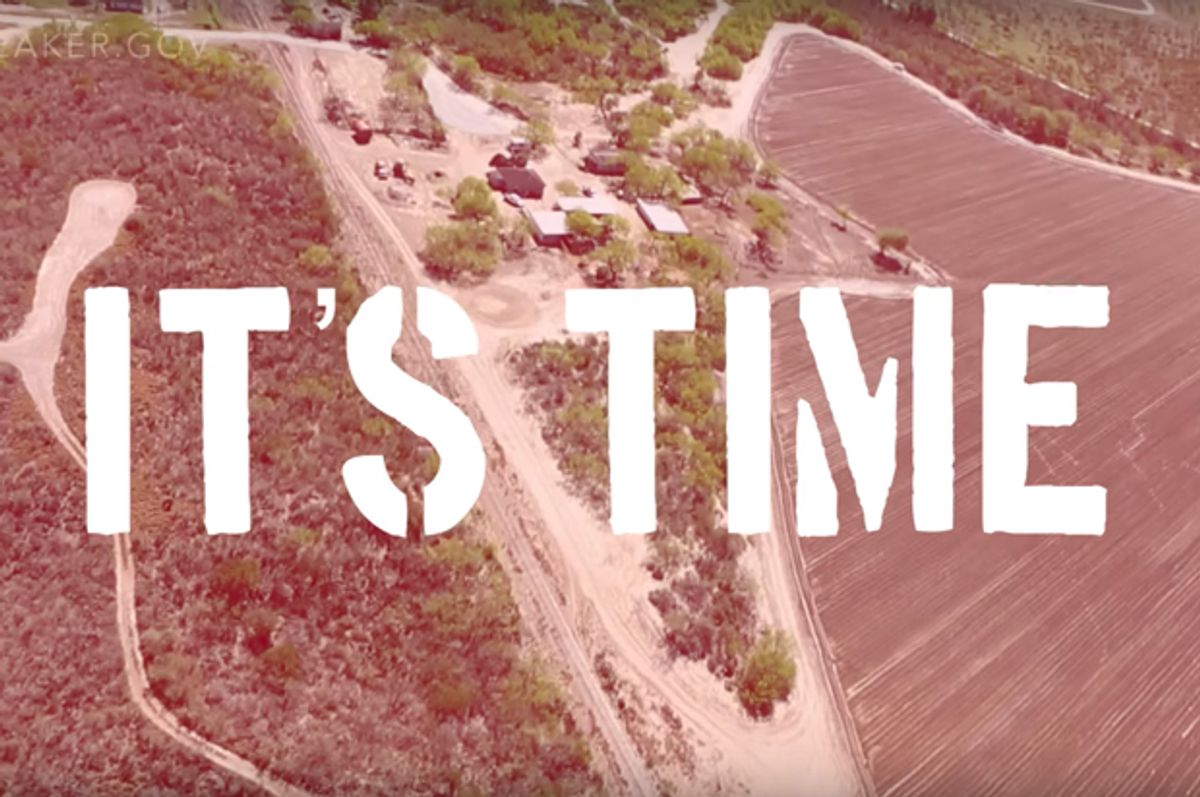 The Wall: Let's Get It Done (Youtube/Speaker Paul Ryan)
--

House Speaker — the Milhouse van Houten of the modern Republican Party — is out with a new PSA in which he throws on sunglasses, hops into a helicopter, and explores the Rio Grande. Over really bad EDM music, Ryan's staff shows highlights of his February "fact-finding mission." The message, Ryan's Twitter account and video said — but, oddly enough, not he himself said — was that "it's time for 'The Wall.'"

Asking for retweets is a great idea, except for one small issue: Paul Ryan is in charge of getting the ball rolling on the funding of this border wall, should it ever happen.

Ryan would also be in charge of getting his party to approve spending for the multi-billion dollar wall. After suggesting in March that he may push back funding of the border wall until next year, Ryan changed course, passing wall funding into a larger budget document last week.

The White House — joined by conservative Freedom Caucus members — have to be placated when it comes to the wall. Last month, a report indicated that both groups would "embrace the hardball strategy" of threatening a government shutdown if the wall isn't funded. Funding for a border wall is unlikely to get through the Senate, where Democrats have more power.

Ryan's posturing brings back memories of Arizona Sen. John McCain, who urged in a 2010 ad to "build the danged fence." That ad came back to bit him three years later, when he met with angry constituents who wanted him to stick to his word.