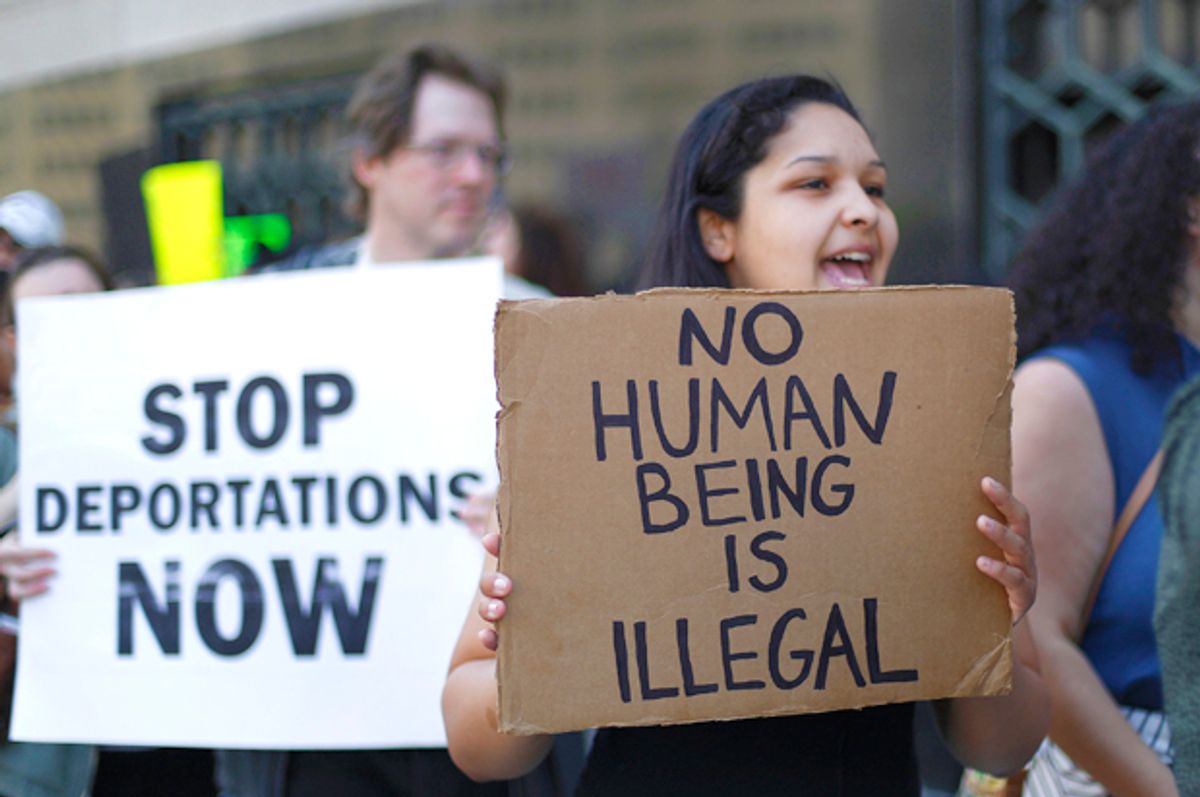 Earlier this month, the administration of Donald Trump postponed the enactment of the International Entrepreneur Rule, a program that would grant foreign businesspeople the temporary ability to found companies in the United States. The ultimate goal, the administration announced, is to rescind the rule.

The move rankled the tech industry, which owes much of its plenitude to the work of enterprising immigrants. “Steve Jobs might never have been born,” many doting technocrats have ruminated, if his father hadn’t been able to come to the United States from Syria. AOL co-founder Steve Case lambasted the decision as a “big mistake,” and venture capitalist Bobby Franklin told the Los Angeles Times the development stems from “a fundamental misunderstanding of the critical role immigrant entrepreneurs play in growing the next generation of American companies.”

This sentiment is hardly new. Silicon Valley has a history of lobbying for immigration rights, which has culminated in a number of technocratic Obama-era bills, including the Immigration Innovation Act and the Startup Act.

Since Trump’s xenophobic ascent, however, the industry’s efforts to preserve its workforce have grown more visible, galvanized by the shock of such unprecedented threats to its talent as the travel ban targeting Muslim-majority countries. Tech titans condemn Trump while lauding immigrant technologists, parading their own potential to maintain the country’s diversity, boost its productivity and ensure opportunities for industrious immigrants in what have proven to be trying times.

Yet, when sifted through the Silicon Valley filter, immigration reform takes a disingenuous turn.

Among the tech industry’s chief targets is the H-1B visa, which allows U.S. companies to temporarily employ foreign workers in “specialty occupations,” such as engineering, medicine or accounting. Tech lobbyists have long implored authorities to ease H-1B restrictions, claiming concern over a dearth of domestic engineers.

It’s a hollow narrative. Valley elites aren’t so concerned with the aforementioned shortages, which are apocryphal, and — if anything — the result of the industry’s racism and sexism. They are more concerned with the opportunity to harvest the talents of young, STEM-educated people in Asian countries willing to work for significantly less than their U.S. counterparts. A study from the National Academies of Sciences, Engineering and Medicine noted that H-1B workers received “lower wages, less [sic] senior job titles, smaller signing bonuses, and smaller pay and compensation increases than would be typical for the work they actually did.” Additionally, the Economics Policy Institute reported earlier this year that the average Silicon Valley software developer earns $147,000 per year, while an H-1B software developer earning the entry-level wage is paid $102,000.

The conditions of H-1B visas often tether immigrant workers to their employers, furnishing technology companies with labor that’s not only cheap, but also immobile. Employers own and control H-1B visas, with many sponsoring their workers for U.S. permanent residency. The H-1B program, then, effectively sentences these workers to indentured servitude. Those who lose their jobs are instantly susceptible to deportation. As computer science professor Norm Matloff has argued, “though [foreign workers] have the right to move to another employer, they do not dare do so, as it would mean starting the lengthy green card process all over again.”

The consequences of Silicon Valley’s efforts extend far beyond working conditions, betraying a discriminatory, nakedly capitalist value system for immigrants. As techno-capitalists sing the praises of the “best and brightest” STEM-educated talent, they ultimately seek to protect only those immigrants who are trained to augment their own profits. In other words, they seek to support those with the wherewithal to not only earn a college degree, but also to parlay it into a revenue-generating, white-collar job.

In the eyes of the tech magnate, seeking refuge from war, poverty, or other imperialist abuses inflicted in one’s mother country is all well and good, but it alone won’t justify efforts to make a new home in the United States. To be deemed worthy, immigrants must show an ability and commitment to buttress a billion-dollar technology business — and to accept slashed wages in the process.

This conditional acceptance is linked to a principle that has long undergirded the tech industry: American exceptionalism. Couched within Silicon Valley’s reformist clarion calls is an exhortation to compete with other countries: Canada, Germany, South Africa, and China, all of which have sought to lure engineers from abroad in recent years. FWD.us, an immigration-reform group founded by such Valley fixtures as Mark Zuckerberg, Bill Gate, and LinkedIn co-founder Reid Hoffman, seeks to “keep the U.S. competitive in a global economy.” Tech and business pundit Vivek Wadhwa warns, “The country’s competitiveness is at stake now more than ever . . . we need economic growth and job creation and we need to welcome those who would bring about both.”

These calls-to-action again affix immigrants’ value to their ability to stimulate “economic growth” for a country and industry all too eager to exploit them.

Silicon Valley is right to oppose Trump, but its efforts are mere subterfuge. As the Democratic Party toys with a new slogan leading with the phrase “better skills,” the true fight for immigrants’ rights must reject the obsession with evaluating people on schooling and market contribution. Above all, we must recognize the rights of every person — regardless of place of origin or resumé — to live comfortably and safely and be accepted and valued—without fear of reproach for not knowing how to code.