Tracy Murphree says he's protecting his constituents with his controversial rants. Not everyone sees it that way 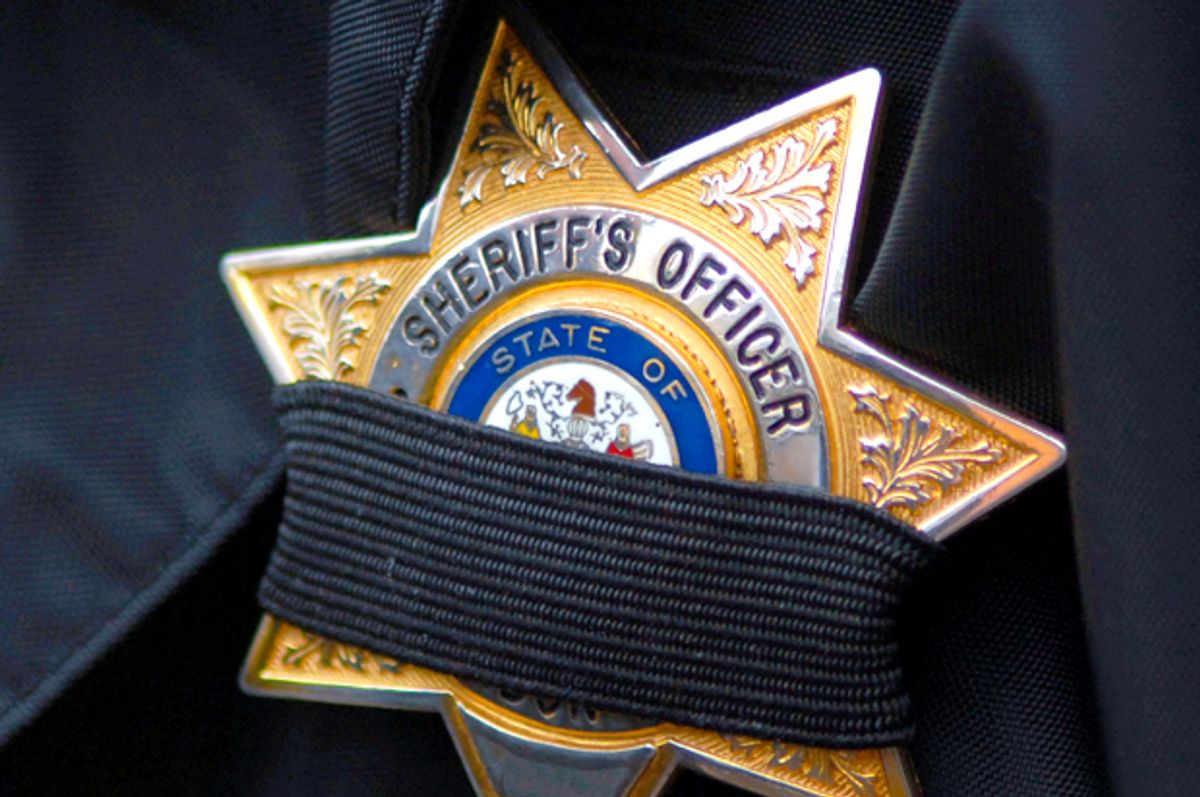 Denton County, a small area north of Dallas, is host to a diverse population of old-timers and college students. It's also home to local sheriff Tracy Murphree, who's been making headlines thanks to a history of controversial Facebook posts. Following the May terrorist attack at an Ariana Grande concert in Manchester, for example, he called for an end to "political correctness" and warned against an enemy with an ideology “hell bent on killing you.”

The post, in which he declared, "The left wants to cater to the very group that would kill every group they claim to support . . . What will it take? This happening at a concert in Dallas or a school in Denton County? If we don't do something quick this country will die of political correctness," soon went viral. Murphree then went public to defend his remarks, which he stands by, though he refused a recent request for comment. During an interview with Fox Business, he said that his words were “on target” and claimed he was simply voicing the thoughts of many others over the last few years. He also stated he wrote the post with his own children and the citizens he is sworn to protect in mind.

“[The response] shocked me,” said Murphree. “I expected a lot of criticism from the left, from liberals, but I expected that more locally than worldwide. I don’t understand why a Texas sheriff’s Facebook post has gone worldwide.”

But the Council on American-Islamic Relations, or CAIR, issued a statement following the post calling for Murphree to “reaffirm his commitment to equal justice for all county residents regardless of faith, ethnicity or national origin.”

“The guy has a serious anger management problem, and sometimes in certain combat situations that’s good, but this guy’s walking the streets as a public safety officer and it’s just not good to know that something could set him off that shouldn’t,” said Larry Beck, an active Denton citizen who started Denton Doings, a blog that covers local events. “It sets a poor example for his men, too.”

Because Murphree is an elected official with a good reputation in law enforcement, there is not much to be done in the way of disciplinary action other than monitoring the behavior and hoping he does not act on his beliefs, according to Beck. However, this is not the first time Murphree has made controversial comments targeting minority groups. And some feel that the possibility of violence is real, either from Murphree himself or someone inspired by him.

“The fact that he’s in a reputable position, county sheriff, saying things like that — it doesn’t bode well for the city and it can affect others who have the tendency to actually carry out the actions of what some people say,” said Beck. “That would bother me; that should bother any citizen.”

Beck continued, “As long as we keep a level head and keep an eye on him, I think hopefully he’ll either straighten his act out or he’ll step over that line that’ll probably allow us to take legal action against him. I just hope nobody gets seriously hurt or killed in the process before it happens.”

Shortly before his 2016 election, Murphree made a different Facebook post, in which he threatened to beat any transgender women unconscious who tried to use the restroom with his daughter.

“This whole bathroom thing is craziness I have never seen,” Murphree wrote in a post that has since been deleted. “All I can say is this: If my little girl is in a public women’s restroom and a man, regardless of how he may identify, goes into the bathroom, he will then identify as a John Doe until he wakes up in whatever hospital he may be taken to. Your identity does not trump my little girl’s safety. I identify as an overprotective father that loves his kids and would do anything to protect them.”

Sharon Kremer, who has lived in Denton County her whole life and relies on Murphree as her first responder, also has concerns about the sheriff’s behavior, stressing the importance of having a “leader with a steady hand, and a cool head.”

“As an early senior aged, single female, living on a couple of acres by herself, it doesn’t make us feel secure,” said Kremer, who feels that Murphree could benefit greatly from counseling. “Just because we have a Twitter-happy president doesn’t mean that that’s a model. . . . It’s a piece of erratic behavior, and I think all of us would agree that nobody needs to handle firearms and be erratic in behavior, and unsound in judgment, and reactionary. The third strike must come with some kind of consequences.”

Citing his right as an American citizen to weigh in on national issues, Murphree continues to speak his mind.