D. Watkins sits down with Darryl "D.M.C." McDaniels and Toni Blackman to discuss the state of hip-hop 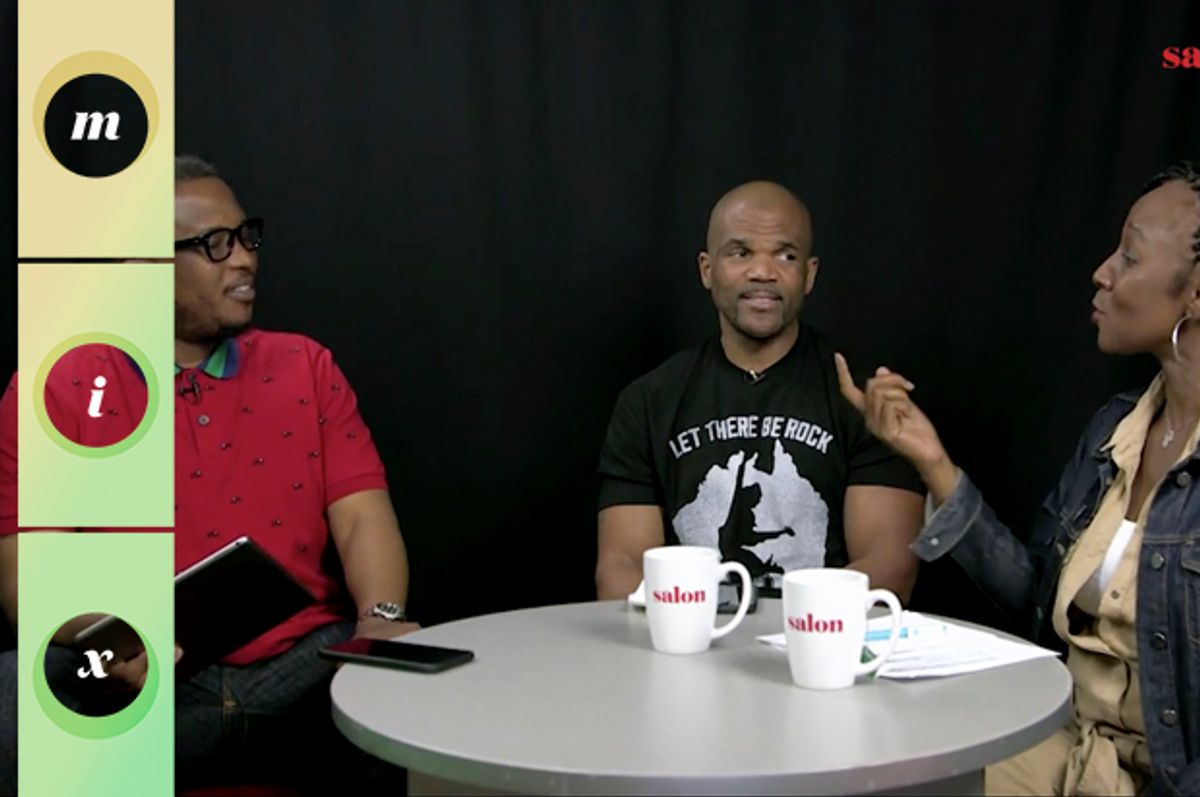 It’s official — as of mid-July, hip-hop is the most popular music genre in the United States. This year, for the first time, rap music passed rock to take the number one spot on Nielsen’s industry report.

"We've been around for what, over four decades? It took some time for our legitimacy to be recognized," said hip hop veteran Darryl McDaniels, better known as D.M.C. of RUN-D.M.C. fame, in response to the news.

On this episode of "Salon Mix," our editor at large D. Watkins invited McDaniels to sit down with him and author and hip-hop artist Toni Blackman, who was the first hip-hop ambassador for the U.S. State Department, to talk about what it all means.

"I think it's ironic because the death of rap has been predicted every seven years," said Blackman.

"What this proves is the resilience of black culture. It lives, it breathes," she adds.

In this episode, they discuss why the period before recorded rap was the most powerful era, why a hip hop show without a DJ is not a legitimate performance and how the long reach of hip hop culture has touched every corner of the world.

And, of course, how the genre has changed as it became big business. "Everything that's wrong with hip-hop is our fault . . . because we don't speak up," said McDaniels.

McDaniels: Hollywood's entertainment uses negativity as a false sense of power. So we got ignorance, illiteracy and stupidity being perceived as cool. When I rapped 'I'm D.M.C. in the place to be, I go to St. John's University' with that attitude, kids understood where I was coming from. The same way we rap about disrespecting women and selling drugs, they say 'oh, that's positive!'

Watkins: Do you think there's been a resurgence of conscious voices with rappers like Kendrick [Lamar] and [J.] Cole?

Blackman: Yes, but the thing is, they get silenced. They don't get put on the pedestal. We have to figure out loving, firm ways to critique what's wack.

Listen as Watkins and our guests break down hip-hop’s roots, its current state, and how the music and culture came to influence and dominate everything from country music and fast food commercials to the Christmas season. (McDaniels does an amazing Bing Crosby impression.)