Think about it: It's not 11th dimensional chess. It's not even checkers

When you think about it for a minute, it's hard to picture a scenario where Trump's in charge of any narrative 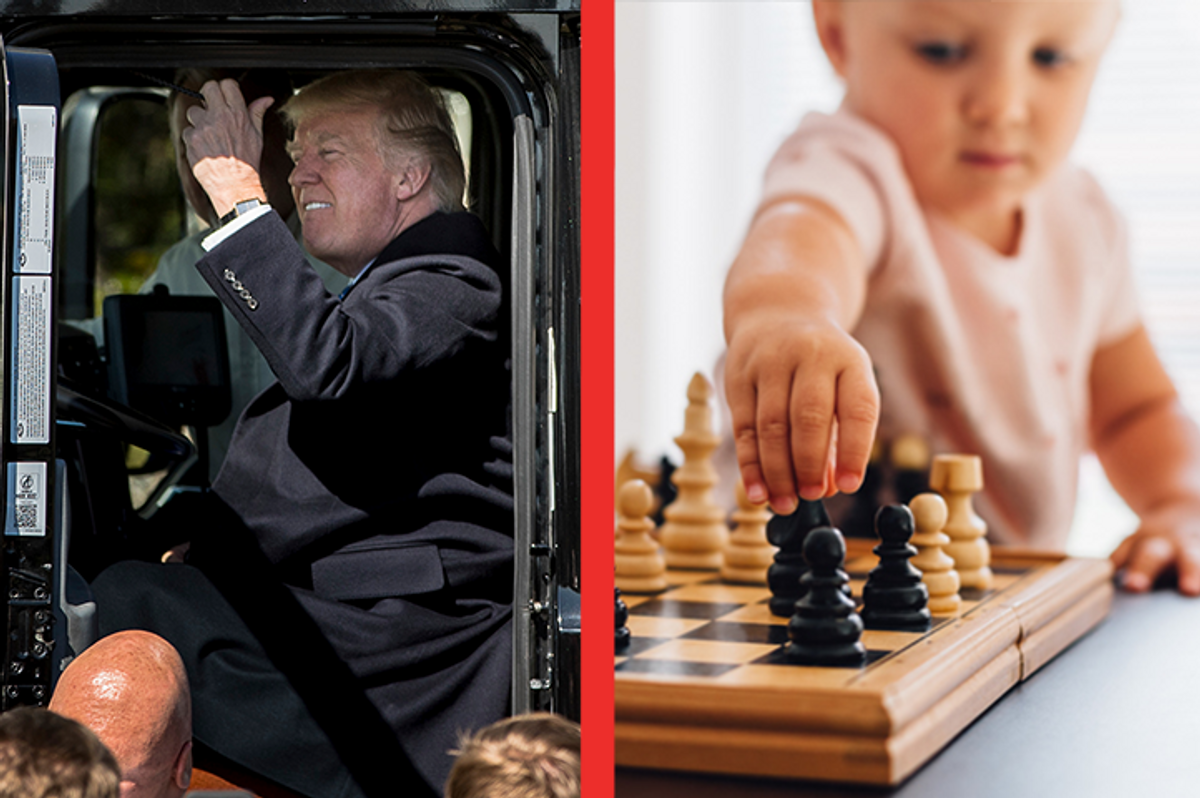 There are two themes that the media is obsessed with, and it's because they're giving President Donald Trump a bit too much credit. The first is a rumored pivot — something that has been hinted at since last year. But even if the president brings in a new chief of staff, old habits die hard. And that brings us to the main point here.

Staff shakeups aren't a sign that the president is trying to distract everyone. It's a sign that he's easily distracted.

Let's keep in mind that we've just passed the six-month mark of the Trump presidency. Six. Months. And over that time, Trump went through multiple communications directors and two chiefs of staff. On Wednesday, Bloomberg reported that Rick Perry, who was surprisingly chosen to be Trump's Energy secretary, is being considered to lead the Department of Homeland Security.

It's been six months. This amount of turnover shouldn't be happening in an administration in the first six months of it.

And lest you think that this is a distraction — some master maneuvering — think again. The person in charge is seemingly unable to lead things. Jared Kushner told White House interns — in conversations that were, amazingly, leaked — that the Trump campaign "couldn't even collude with our local offices."

Conspiracies and deception require people to work together, and that doesn't happen in this White House, especially when the president says or does things that may undermine the work of his employees. There's only one game that the Trump administration seems to know how to play.