WATCH: This Baltimore step team has teens moving toward college 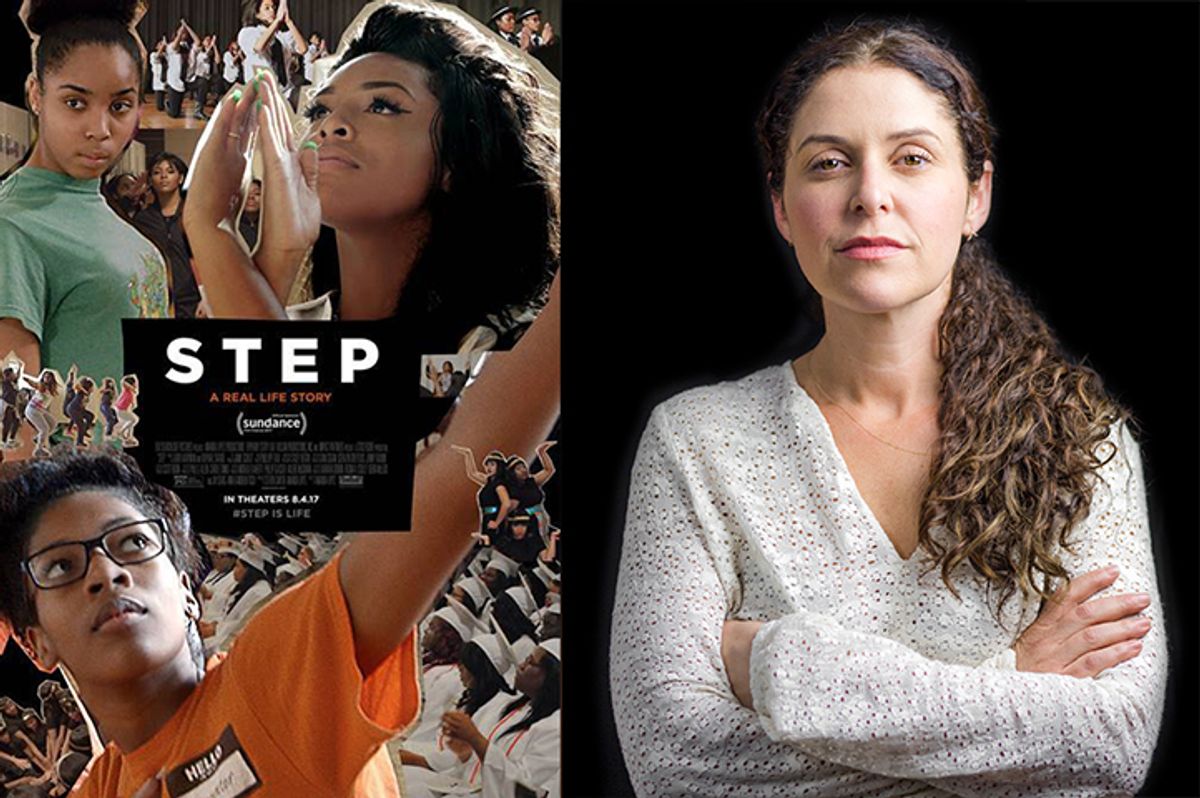 Baltimore native Amanda Lipitz has spent most of her career as a Tony Award-winning Broadway producer. But when the opportunity arose to make a different kind of musical, she hopped to it.

“Step,” which premiered this year at Sundance to rave reviews (Variety calls it "'Hoop Dreams' for the social media generation"), is Lipitz's directorial debut. The documentary follows three high school seniors at Baltimore Leadership School for Young Women, a public charter college prep school, and their step team, the Lethal Ladies, in an entertaining underdog sports story that also chronicles the work of the school to send all of their students to college after graduation.

"Step" is a family affair:

I am a Broadway producer, and on the side of my Broadway career, I was making shorts about first generation students going to college, and girls' education, and going in and out of some of the worst public schools in [New York City].  And I got involved with a group of great schools called the Young Women's Leadership Schools, which were five public schools for girls, and I started working with them. I was blown away by their special sauce of churning out these amazing young women and graduating 100 percent.

I was part of the community. In the 8th grade, Blessin [Giraldo, one of the girls featured in the film] was with her and we were filming in New York . . . and Blessin said to me, "the next time you come to school with cameras, you're going to film the step team." And so I did.

I was not familiar with step and did not know about the rich history of it coming from Africa and being a means of communication, and then now today in America being a collegiate sport and something you earn by going to college. But I knew musicals . . .  I thought, "This is what happens in a great musical!"

On how schools like Young Women's Leadership Schools support their students:

There are four guidance counselors, two social workers, logistics coordinators, washers and dryers in the basement for kids who can't wash their clothes, and breakfast before school and a snack after school ends. They are constantly looking at ways to keep kids at school as long as possible. And, it's having a support system: they have to have strong academics and then they have very strong social and emotional well being [guidance]. They know where every girl is in her academics, you know, in her emotional [state], where she is living, who she is living with. They really know everything about the girls, so it's not just about academics, and it's not just the kids who are stepping or doing robotics or whatever it is.

Watch our conversation for more on the school, the girls and clips from "Step."