Bet-maker Paddy Power offers new odds on which cabinet member is out next, and Jeff Sessions is close to even money 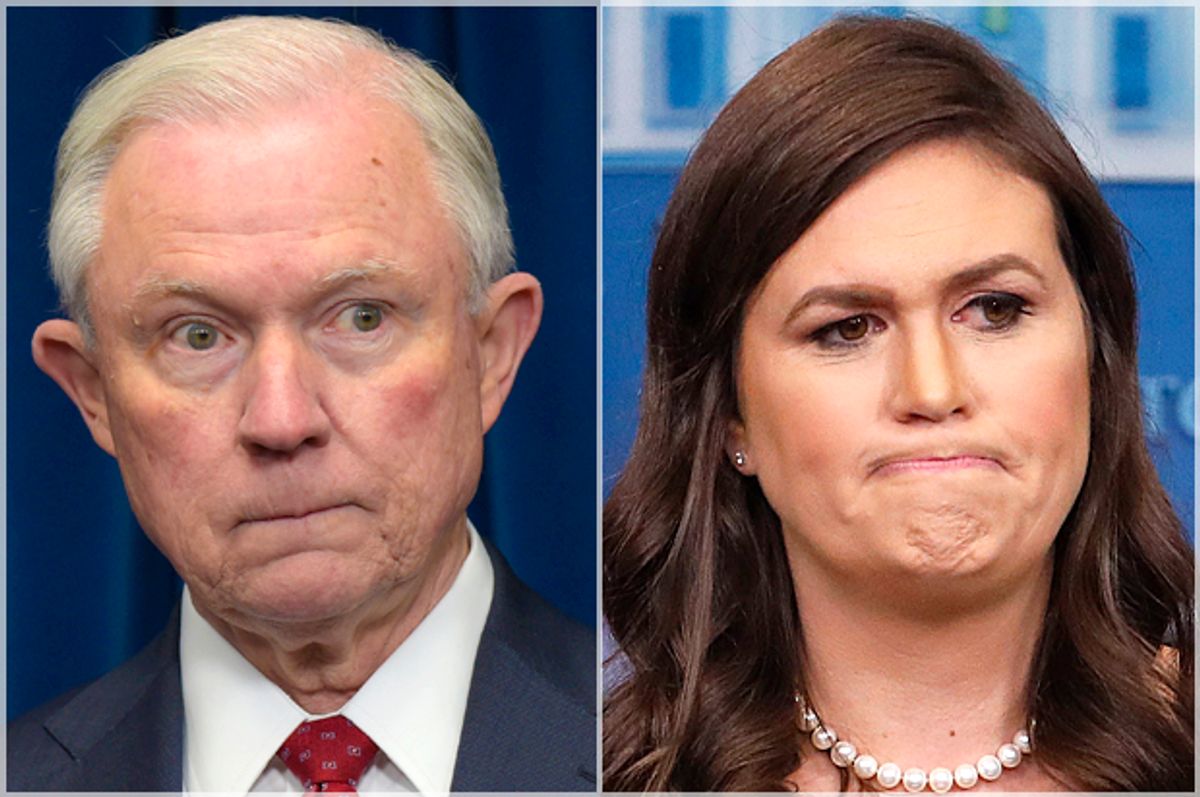 In January, a week before Donald Trump’s inauguration, we at Salon made a safe bet: It would not be long before the man whose original television catchphrase was “You’re fired!” would begin axing his inner circle as though they were contestants on “The Apprentice.” (The rate of turnover in his administration has indeed been more rapid than that of his recent predecessors.)

The more pressing question, of course, was who would go first. For that, we turned to the only source that was both removed enough from American politics to be objective and audacious enough to make lines on anything: the Irish bookmaking agency, Paddy Power.

Getting to hear Paddy Power, the agency’s head of marketing (and son of one of its founders) assess the sorry state of American politics with a palatable combination of sympathy and salt in his brogue, made the call across the pond worth its surcharge. But the exercise was not exactly revelatory. The agency’s favorite to exit first was Secretary of Commerce Wilbur Ross (at 6/1, meaning you could bet $1 to win $6). And the cabinet member least likely to exit first? It was a tie between Secretary of Treasury Steve Mnuchin and National Security Adviser Michael Flynn (each given 25/1 odds).

Nearly 200 days into the Trump administration, Ross has been one of the few cabinet members from whom the public has barely heard a peep. Michael Flynn, on the other hand — well, you know.

By Power’s own admission, the agency has not been successful at prognosticating the world of Trump. “When Trump got voted in as president, we lost a lot of money on that,” Power said when I checked back in with him this week. “We got that completely wrong. He's basically cost us a fortune. Everything he does, we're getting it wrong.”

The occasion for the call was President Trump’s damning tweets about Attorney General Jeff Sessions, Press Secretary Sean Spicer’s resignation and Trump’s swift firing of Communications Director Anthony Scaramucci. The palace intrigue inspired Paddy Power to roll out a new set of odds on which cabinet member would be next to go.

While some of the odds are no-brainers (Jeff Sessions is the overwhelming favorite at 6/4), and others make sense (Betsy DeVos is next at 4/1), there are some head-scratchers. After Sessions and DeVos, Paddy Power pegs Rex Tillerson (11/2) and then Elaine Chao, Steve Mnuchin, Ben Carson and James Mattis (each at 12/1) as the most likely cabinet members to exit next.

Unlike, say, Tom Price (18/1), these cabinet members have mostly stayed on Trump’s good side, or have made little noise. Power explained the thinking behind Tillerson’s placement as “a keep your friends close, your enemies closer type of thing.” He added: “I think they're very close, Trump and Tillerson. But just for that reason, [Tillerson] could be the one sacrificed if he did need to pull the trigger on somebody.”

The reasoning doesn’t quite square. But it points to the spirit underlying the market. As opposed to sports bets, which the agency and bettors take quite seriously, Trump bets are loose and treated as low-stakes fare. “A lot of the [Trump] bets get a lot of attention and get people talking,” Power said. “But you tend to get relatively small bets. Like it's probably friends having a pint and saying, 'Did you see that bet? We'll have a ten-er on your man.'”

Irish bettors, Power said, for the most part might not know the members of the administration if they haven’t been involved in a scandal or haven’t been parodied on “Saturday Night Live."

So the Trump markets are weighted towards big names. Donald Trump Jr. is given 14/1 odds to be Trump’s next Communications Director.

Still, the Irish seem to be having quite a bit of fun with the Trump markets. So much so, in fact, that Paddy Power had to appoint a “Head of Trump Betting” specialist. (These markets, Power said, did not exist under America’s last president.)

When the company listed the position, it received over 120 applications, according to Joe Lee, a Paddy Power analyst who was involved in the interview process and eventually gave the job to himself “in true Trump fashion.”

Prior to working as the agency’s Trump specialist, Lee, who is Irish, helped make the agency’s American sports lines. Lee’s shift in focus is reflective of the change in the bets Paddy Power has been receiving. “Trump's taken a lot of our punters and bettors who would've been sports or maybe TV show type bettors along with him,” Lee said. “Football (soccer) and horse racing are our two most dominant offerings year in and year out. But if you look at customer acquisition over the last 12 to 18 months, politics is now our top driving acquisition medium.”

Time will tell whether the company’s increased focus on Trump will make its bet-makers better predictors. But that seems unlikely, even to Paddy Power. “What we've learned is that the only predictable thing in this administration is the unpredictable.” So a week from now, who knows? Maybe Wilbur Ross (at 18/1 odds) will get the unceremonious boot for who knows what, bringing some semblance of order to what has heretofore been orderless.