Cernovich: “Backing Trump has been bad for business” 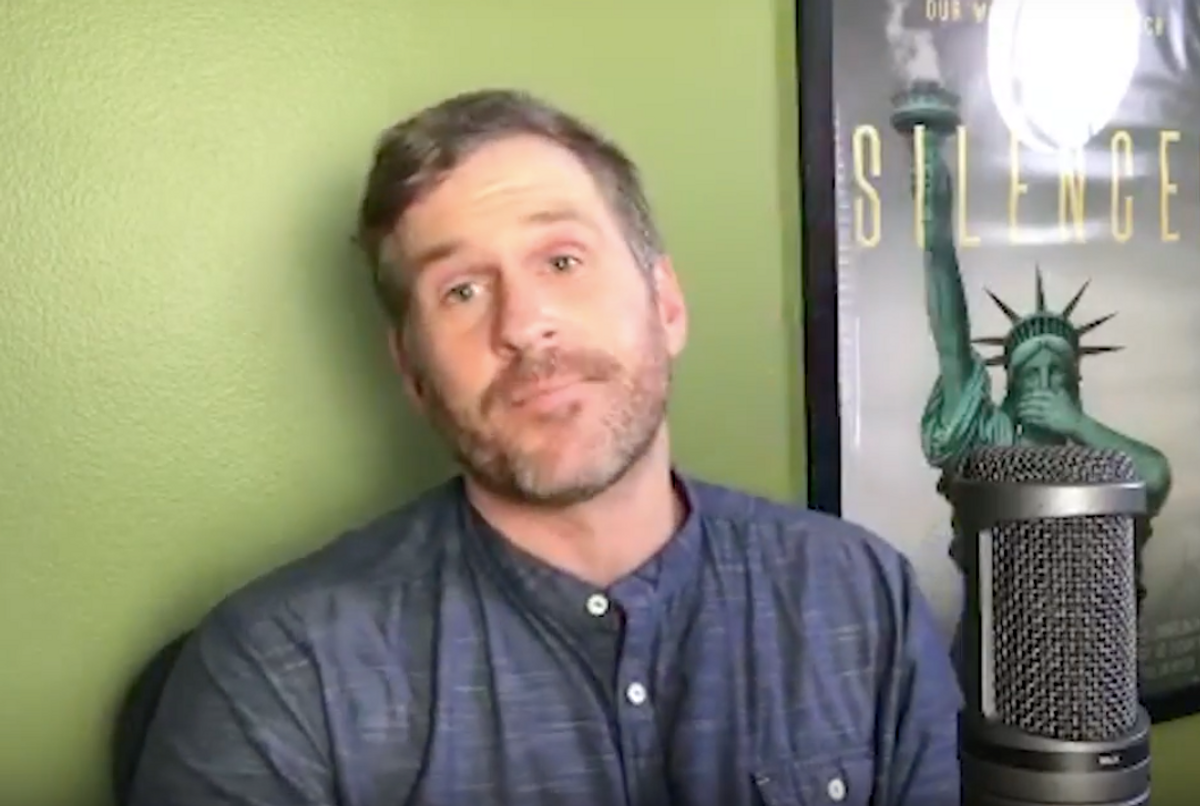 Right-wing troll Mike Cernovich took to Periscope to announce that he’s doing “a big pivot” away from “being a pro-Trump guy.” Cernovich enthusiastically supported President Donald Trump throughout the presidential campaign and in the first tumultuous months of the administration, but now says that “backing Trump has been bad for business," and he will “specifically reject any kind of branding about pro-Trump or whatever.”

In a 46-minute rant on July 31, Cernovich expressed his dismay at the firing of (now former) White House Communications Director Anthony “the Mooch” Scaramucci. Cernovich, like many of the Make America Great Again (MAGA) trolls who fester in the alternative media environment and who rose to notoriety with Trump’s ascent to the White House, was a big fan of "the Mooch" from the start. However, more notably, Cernovich also declared that he has “pivoted from a pro-Trump guy to more of a journalistic guy” and that he’s going to continue making that pivot. It should be noted that Cernovich’s concept of journalism — which he describes as “part activism and part real journalism” — includes pushing baseless rumors about former Democratic presidential nominee Hillary Clinton’s health, promoting fake conspiracy theories, denying date rape exists, and generally making false, provocative statements, like "Bill Clinton is a rapist," in an effort to garner a reaction and generate what he calls "news."

In his Periscope broadcast (promoted by WikiLeaks’ Julian Assange), Cernovich confused what he called “basic game theory” with cost-benefit analysis, saying “there is no upside” to "getting Trump’s message out.” He also said that supporting Trump was “bad for business,” as his book on Trump “sold way less than” his "Gorilla Mindset" book (a non-scientific self-help book that aims to teach young men how to channel their "mindset" to look better, make money, and pick up women, among other things).

When the GOP elite and the deep state goes after Trump hard, who’s going to have his back? Do you gain anything by risking your reputation, your career, your business, supporting Trump? What is the upside? So, everything in life has an upside and a downside. So, if you go risk it for Trump, you might lose it all, you have a big downside. Huge downside with Trump. What’s the upside?

Guys, I always love when people are telling me more about my business than I already know. Do you know my biggest month of book sales in "Gorilla Mindset" was before I was anything for Trump? And that my Trump book ["MAGA Mindset"] has sold way less than my "Gorilla Mindset" book? So, I always love people who are like, “You’re going to lose business.” Tell me more about my business and what is actually good. Backing Trump has been bad for business.

Like the proverbial rats that abandon the sinking ship, Cernovich has a history of re-branding himself when it’s expedient in futile attempts to obfuscate his past record of churning out conspiracy theories and racist and misogynistic comments. He went from libertarianism to identifying with the “alt-right,” only to pivot towards the “new right,” a made-up name for a “movement” that is substantially similar to the “alt-right,” but that decided to rebrand after media highlighted the original “alt-righter” Richard Spencer’s white nationalism. Spencer’s views were widely known long before Cernovich hitched his wagon to the “alt-right” though, leaving very little room to question his blatant opportunism. And while he’s — for now — the only one vocally pivoting away from Trump, other trolls have also started to express their frustration.

Cernovich’s “big pivot” away from Trump is indicative of two things. First, he and other MAGA trolls are not ideologically anchored to anyone and will ride the coattails of any movement that promises them the most social media followers in order to grow their platforms and profit. For them, Trump was merely convenient; their real endgame is self-promotion and notoriety. Cernovich and his troll-peers use alternative narratives, “meme wars,” stunts, and downright harassment of journalists in their quest to undermine and destroy what they refer to as the “mainstream media” because doing so creates a space and an audience for themselves. This is a space in which, as The Washington Post put it, “objectivity is less important than an impression of honesty” — and with Cernovich’s supposed pivot toward being “a journalistic guy,” "an impression of honesty" is the closest his audience will get to the truth.

The second takeaway? Even Trump’s most ardent supporters can spot what has become an obvious patternwhen they see it: “If you try to work for Trump, he will humiliate you.”