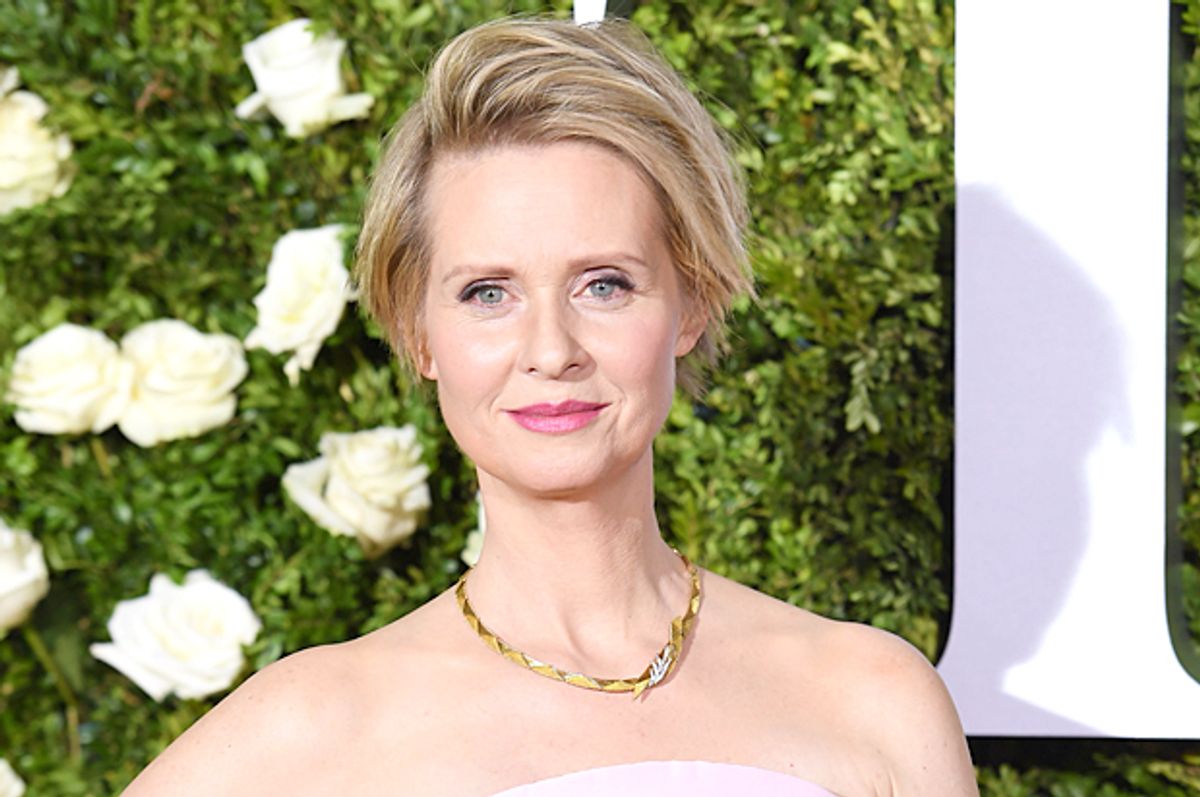 Who better to save New York from the MTA's "Summer of Hell" than Type A, workaholic Miranda Hobbes?

Actress Cynthia Nixon — better known for her role as Hobbes, a hardworking lawyer, in the HBO series "Sex and the City" — is considering her candidacy for the 2018 primary elections, according to the Wall Street Journal. Nixon is just one of Gov. Andrew Cuomo's challengers (and critics) that have been particularly outspoken since New York City's subway woes have reached new heights and after Cuomo announced his  controversial public education policies.

Nixon, a progressive and outspoken political activist, hasn't shied away from criticizing Cuomo in the past She is especially focused on his public education policies. "Basically, Gov. Cuomo is shortchanging the children of New York state," Nixon said during an interview on "The View." "He is not against public schools but he doesn't like to pay for them."

She even argued the governor "is a little more like Betsy DeVos than we like to think he is."

But, that wasn't the first time Nixon compared Cuomo to DeVos. In a column for USA Today, she blasted Cuomo's policies on funding New York's public schools, comparing them to DeVos' plans for the nation's schools.

"He also wants to increase the number of privately-run charter schools in New York City by more than 50 percent. And he has been a loud proponent of private school tax credits, essentially a backdoor voucher system. These are policies we expect from Betsy DeVos, but from Andrew Cuomo?" Nixon wrote.

Although associates of Nixon have confirmed she is considering running for New York Governor in 2018, the actress has declined to comment. Analysts have called her candidacy "a long shot," but that hasn't torched anyone's hope.

“She’s an out-of-the-box candidate with progressive credentials who would excite people,” said Billy Easton, director of the Alliance for Quality Education, a public-education advocacy group.

Including Nixon, there are three Democrats in the mix to rival Cuomo during the primary election. Syracuse Mayor Stephanie Miner and and former state legislator Terry Gipson have also been named as possible contenders.