Jimmy Kimmel wanted to celebrate Tom Brady's birthday, so he brought out a special surprise for him 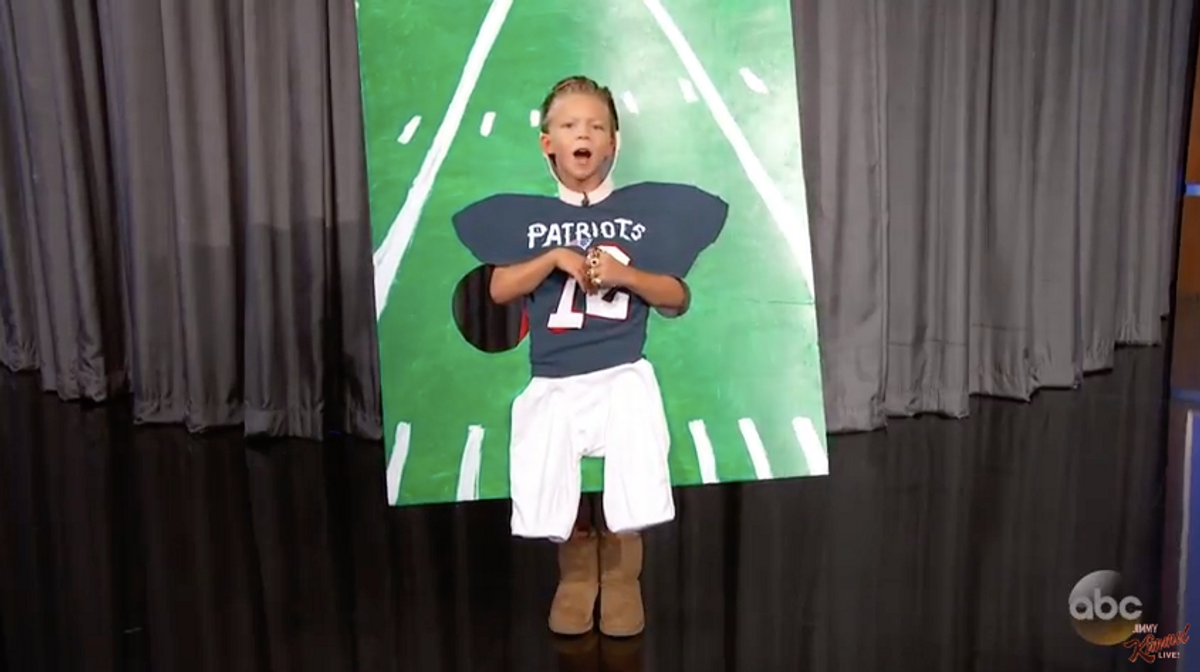 "One of, if not the greatest, quarterback of all time and to honor him on this milestone day a local third grader named Kai has agreed to pay a very special tribute to a very special guy," Kimmel said on "Jimmy Kimmel Live."

Kai walked out on stage wearing a cut out of the five-time Super Bowl champion's uniform. "Hi, I'm Tom Brady and today is my 40th birthday," Kai said. "I don't need to make a wish because I have five Super Bowl rings and I'm married to a super model."

"I'm so pretty, Matt Damon wants to marry me," Kai said, referencing Kimmel's ongoing jokes between him and the actor. "What a jerk!"

"Some people call me a cheater. They give me names like 'Brady Deflatey' and 'Cheater McCheatface,'" Kai said, in reference to Brady and his organization's numerous ethics scandals.

"But I don't care, because when I look in the mirror, I see this beautiful face," the third grader said.

"Hey, Jimmy, catch!" Kai yelled as he threw a deflated football towards the late-night comedian. "Touchdown, go Pats," the third grader said as he shuffled off stage.

It's almost that time of year again, the NFL season is just around the corner as the Patriots enter the season as reigning champions. The annual Hall of Fame game to kick off the preseason was held on Thursday.