"The opposite of Teddy Roosevelt": Donald Trump's leaked transcripts have made him an international laughingstock

“Everyone I’ve spoken to around the world is laughing" 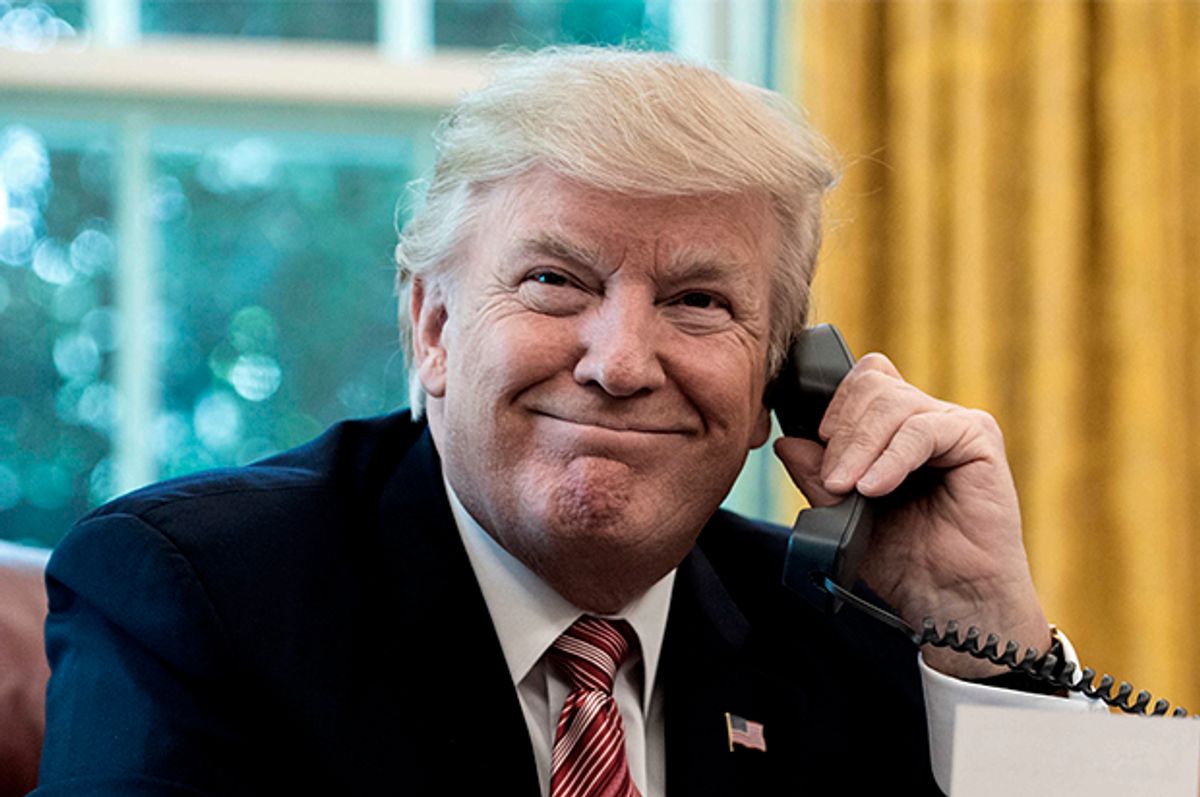 The fallout from leaked transcripts of Donald Trump's phone calls from two world leaders — Australia and Mexico — hasn't just been limited to New Hampshire, which the president described as a "drug-infested den." Internationally, diplomats saw the transcripts.

“He’s the opposite of Teddy Roosevelt,” a former Mexican diplomat told one of the country's top foreign policy experts, according to McClatchy. “He speaks loudly and carries a small stick.”

Speaking with McClatchy, the Mexican foreign policy sage, Jorge Guajardo, said that there was a lot of bad news for the president, whose diplomatic approaches have been questionable from the start.

“Everyone I’ve spoken to around the world is laughing,” Guajardo said.

During the phone call with Enrique Peña Nieto, Trump admitted that the Mexican border wall was "the least important thing that we are talking about, but politically this might be the most important talk about." Trump also pleaded with Nieto to stop saying that Mexico wouldn't pay for the multi-billion dollar wall, saying "press is going to go with that and I cannot live with that."

Trump's history of dealing with foreign leaders hasn't been stellar. In two meetings with France's Emmanuel Macron, he shared an awkward handshake, then, in the do-over, got a bit creepy with his wife. When he met German Chancellor Angela Merkel, Trump showed off his ignorance of trade deals with the European Union, attempting to organize a trade deal with Germany. He asked multiple times, according to reports.