They were just what we needed: Why The Cars matter 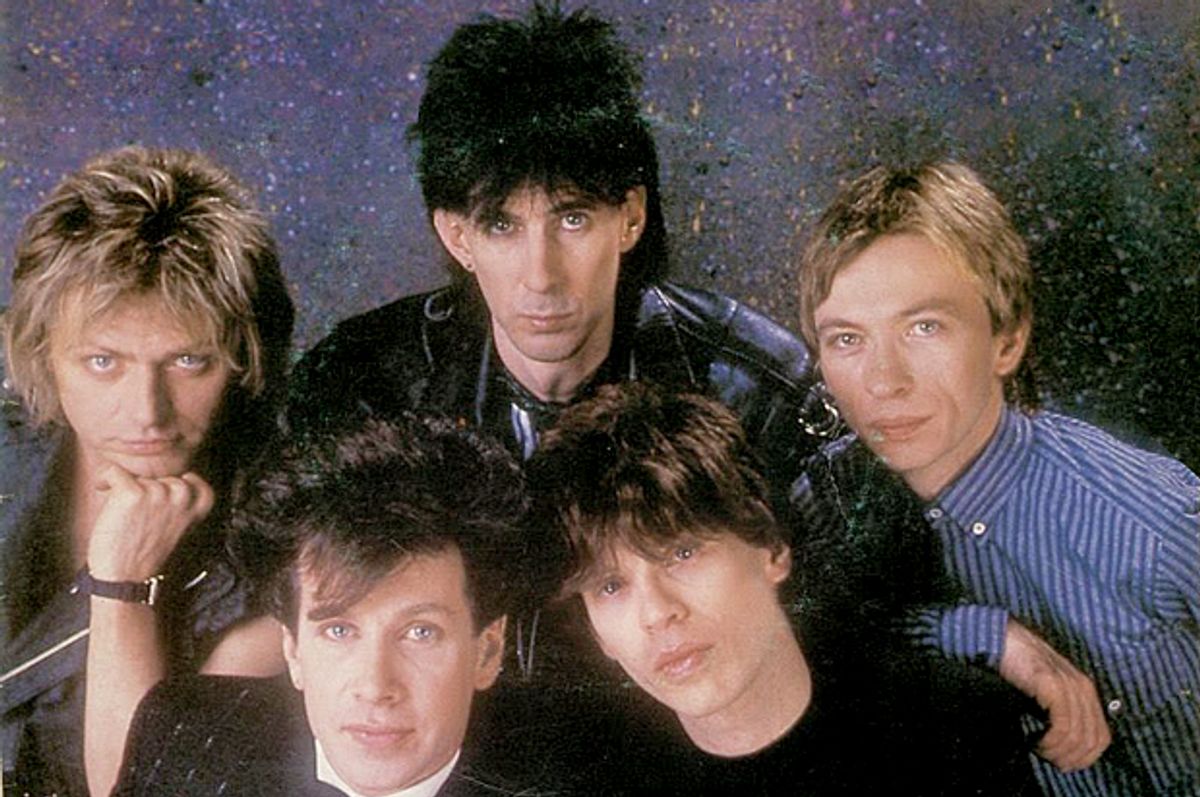 For fans of new wave innovators The Cars, it's been a banner year for reissues. On Record Store Day, Rhino Records released "Live at the Agora, 1978," an archival concert LP that captured the band on the cusp of stardom in vocalist and bassist Ben Orr's hometown of Cleveland, Ohio. Just last week, expanded versions of the quintet's second and third records, 1979's "Candy-O" and 1980's "Panorama," hit stores.

These albums are decidedly more offbeat than The Cars' juggernaut 1978 self-titled debut, which is itself a nervy collection of taut power-pop and future-peering synth-rock. On certain songs — the keyboard-swirled whirligig "Let's Go," guitar-frizzled "Since I Held You" and the retro relic "Double Life" — "Candy-O" felt like a bookend to the first record. But in other places, The Cars' penchant for rapid evolution leads to sonic revelations. The icy, clipped "Shoo Be Doo" is a Suicide homage; "Dangerous Type" has a swinging glam groove and hollowed-out keyboards, and the synth-zapped title track feels like sci-fi post-punk.

The Cars would push that electro-shocked style even further into outer space on "Panorama," one of their worst-selling (but most experimental) records. Today, it's easy to see why this record felt so jarring: Starting with song one — a Devo-esque six-minute title track with concise robotic flair — and on through tunes such as the arcade-dizzy "Getting Through" and the metallic, proto-industrial closer "Up and Down," "Panorama" detonates The Cars' previous playbook. Even the single "Touch and Go," an explosion of extraterrestrial keyboard accents and stuttering, rhythmic syncopation, is out-of-phase and off-kilter.

In reality, The Cars had been hinting at "Panorama" all along. After all, tucked away near the end of the band's debut record is the moon-landing synth-pop dirge "Moving In Stereo." (That song was later made famous by Phoebe Cates in an infamous scene from the '80s classic "Fast Times at Ridgemont High.") That song bled right into the confused "All Mixed Up," whose lighter sound masked the kind of deep-seated emotional tension in which the band specialized.

"Panorama" has its distinct charms, however. It's a brazenly modern record that makes few concessions to tradition, and the members of The Cars are clearly uninterested in repeating themselves. And there's a good reason why they sound so confident and willing to take risks: The musicians had finally built up enough goodwill and commercial success to be able to see how far they could push things.

"We did have a certain view of the world: sort of cold but hysterical," vocalist and rhythm guitarist Ric Ocasek told Rolling Stone in 1980, when questioned about the band's "widespread notoriety as a troupe of dispassionate, artful technorockers," as author Mikal Gilmore put it. "Actually, as I look back on it, I think it was probably a protective shield more than anything else. We had abruptly moved from a point in our career of being told, 'You're worthless,' to, 'You're everything.' So it wasn't coldness so much as cold anger: We were angry at the people who had failed to understand us before, and angry over what they suddenly expected from us."

Later in the article, Ocasek spoke of the press backlash The Cars were then receiving, which didn't help matters. However, his exasperation over this fickleness spoke to how long the musicians had been striving for success. Orr — born Benjamin Orzechowski and nicknamed Benny "11 Letters" back in Cleveland — had been playing in bands since the mid-'60s, with varying degrees of notoriety. Before the Cars, Ocasek too had been in several groups, including Milkwood (with Orr), Richard and the Rabbits (with Orr and keyboardist Greg Hawkes) and Cap'n Swing, the latter of which also featured guitarist Elliot Easton. Drummer David Robinson, meanwhile, had cut his teeth in the Modern Lovers with Jonathan Richman.

These diverse experiences also explain why The Cars sound so distinct. Orr and Ocasek trade off singing lead vocals, and although their voices are similar — neither are overly expressive in the ways they convey longing or heartbreak — their different timbres add depth. Orr was more of a traditional vocalist, earnest and unadorned, but he balanced his open-hearted nature with marked stoicism. Ocasek's approach started off somewhat detached, but his voice loosened up over the years. By the time of '80s hits such as "Magic" and "You Might Think," he had perfected a rock 'n' roll yelp.

The Cars' instrumentalists balanced out the vocalists. Easton excelled at quick, sharp guitar bursts, and his style was a good match for Robinson's fastidious style. And keyboard enthusiast Hawkes anchored it all with an open mind. "I think it's perfectly valid to incorporate new forms of technology into music," he told Rolling Stone in 1980. "I think of The Cars as an alternative band—an alternative to the stock rock and pop that still dominate radio. We're definitely not a tradition-based band. As far as I'm concerned, there's no reason to stick with any rock & roll traditions. What's the point? Traditions exist so we can go beyond them."

But it's also clear that The Cars had to make "Panorama" in order to shake the rabble-rousing out of its system. The band wasn't necessarily interested in sabotaging its career, mind you, just kicking it down the road a bit to see what was there. Call "Panorama" a chrysalis LP, a brief respite so the musicians could emerge and figure out how their poppier tendencies collided with the advancements they craved.

As the '80s unfolded, these ambitions aligned in intriguing ways. "Shake It Up" is somewhat quirky-by-numbers pop, but producer Mutt Lange's influence drenches "Hello Again," notably in its stacked vocal harmonies. The Cars also benefited enormously from heavy MTV rotation, thanks to technologically advanced videos for "You Might Think" and "Magic." (Incredibly, this support was literally from day one: MTV aired three videos by the band, "Let's Go," "Dangerous Type" and "Double Life," the day the channel went on the air.) The moody watercolor, "Drive," is one of the band's finest moments, while its mellower synth-pop stabs ("You Are The Girl" and the sublime "Tonight She Comes," initially a bonus track on a 1985 greatest hits compilation) show off a gauzier side. Even the punkish title track on the band's penultimate album, 1987's "Door To Door," bristles with verve.

In a recent conversation-starting ranking of Cars songs, the critic Alfred Soto assessed the group like so: "So influential that they sound as inevitable as Bob Seger or whatever war horse you care to mention, The Cars have a claim to having invented the clever and remunerative moniker 'New Wave.'" He's right on all fronts: The band is a near-perfect bridge between '70s rock and '80s synth-pop, an era-defining group whose music still sounds like nothing else out there.

However, The Cars are a distinctly American new wave band, one that opened the doors for the U.K. (and beyond) synth warriors to take over the charts. That doesn't diminish the group's '80s popularity, or how astonishing the band's initial three-album stretch was in terms of sonic originality. The Cars came roaring out of the gate ready and willing to take risks, which remains an accomplishment worth celebrating.